For over a century, the masters of Claiborne Farm have faced many changes in the industry, but have succeeded while adhering to the best principles of stewardship of the land, the horses, and the sport of Thoroughbred racing. In 2015, Seth “Walker” Hancock, Jr. is the fourth in a line of Hancock men who have guided and nurtured a major agricultural pursuit with steadfast integrity and dedication for what is good for the horse. 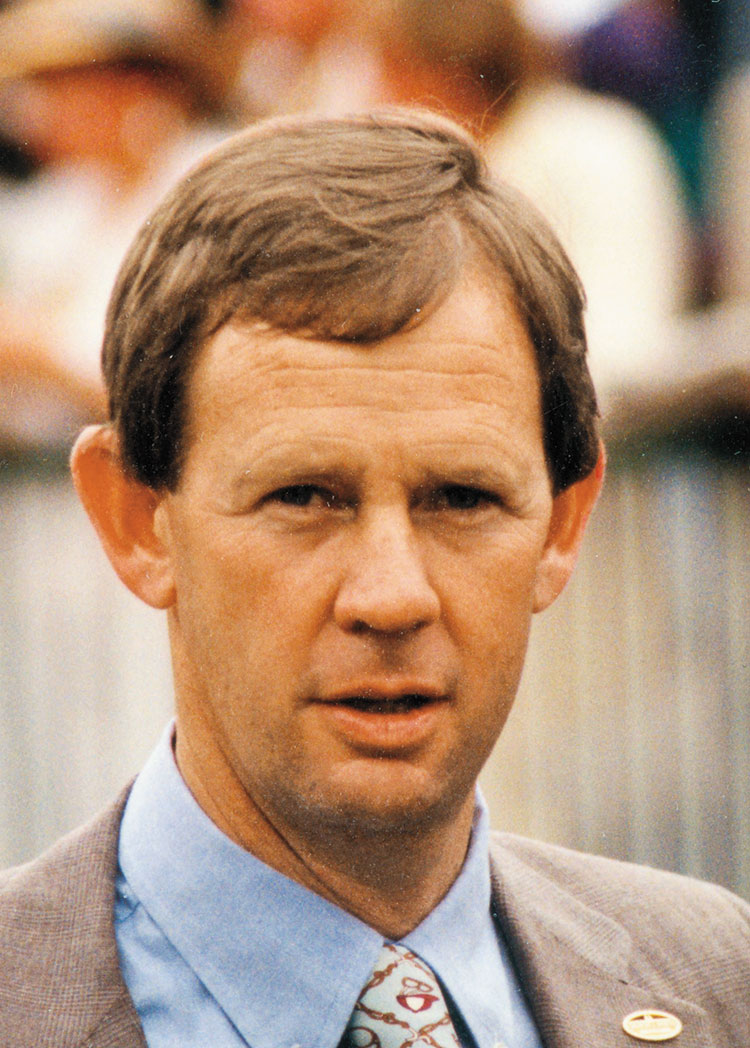 The longest period of leadership in Claiborne Farm’s history is that of Seth Hancock. Seth was 23 when his father Bull Hancock died, giving him the daunting task of taking control of not only Claiborne’s farm management, but shouldering the legacy of a legendary businessman and horseman. In his first year at the helm, Seth conducted a risky record-breaking deal to syndicate Penny Tweedy’s sensational Kentucky Derby winner, Secretariat, for $6 million before the famous colt won a historic Belmont Stakes and cinched the Triple Crown.

Seth’s keen sense of acquiring promising stallion prospects helped Claiborne endure and flourish when it stood on the precipice of uncertainty. Mr. Prospector, Danzig, and Unbridled were all recruited to stand at Claiborne. Mr. Prospector became one of the four most influential sires of the late twentieth century (historically Claiborne has stood 3 of the 4, including Nasrullah and Bold Ruler); Mr. Prospector’s lasting line is reflected in contemporary greats Curlin, American Pharoah, and Arrogate. Danzig, a son of Northern Dancer, became one of Claiborne’s best stallions. Danzig’s bloodlines became influential around the world, as he sired 198 stakes winners, including Danehill, who moved to the top of the world list with 347 stakes winners.

Claiborne also set records in the sales ring, first in 1973 with a Bold Ruler yearling which sold for $600,000 – a record at the time –and then in 1978 Claiborne consigned a little Northern Dancer colt from Special, she of a revered Claiborne family. The colt sold at Keeneland for $1.3 million, at the time the second-highest price ever for a yearling. Named Nureyev, he became a high-class racehorse abroad proved himself among the best sons of Northern Dancer in the breeding shed.

Seth Hancock reached a milestone for Claiborne Farm when Swale carried the Claiborne colors to victory in the 1984 Kentucky Derby. The homebred was from Tuerta, which had won the last stakes race his father, Bull Hancock, had seen won by a Claiborne horse.

The farm’s long-standing tradition of racing and breeding homebreds also paid off with two Breeders’ Cup winners, two-time Mile winner Lure, and Classic winner Blame. Raced in a partnership with Mrs. Adele Dilschneider, Blame, along with stakes winners such as Arch, Lea, and Elate, found success through this trusted friendship, a racing partnership that lasts to this day.

The Hancock family and Adele Dilschneider are presented with the Keeneland Bowl after YELL wins the Raven Run S. (G3). Claiborne was the first owner to aquire this milestone trophy.
– circa 2003, courtesy of Keeneland Library Collection 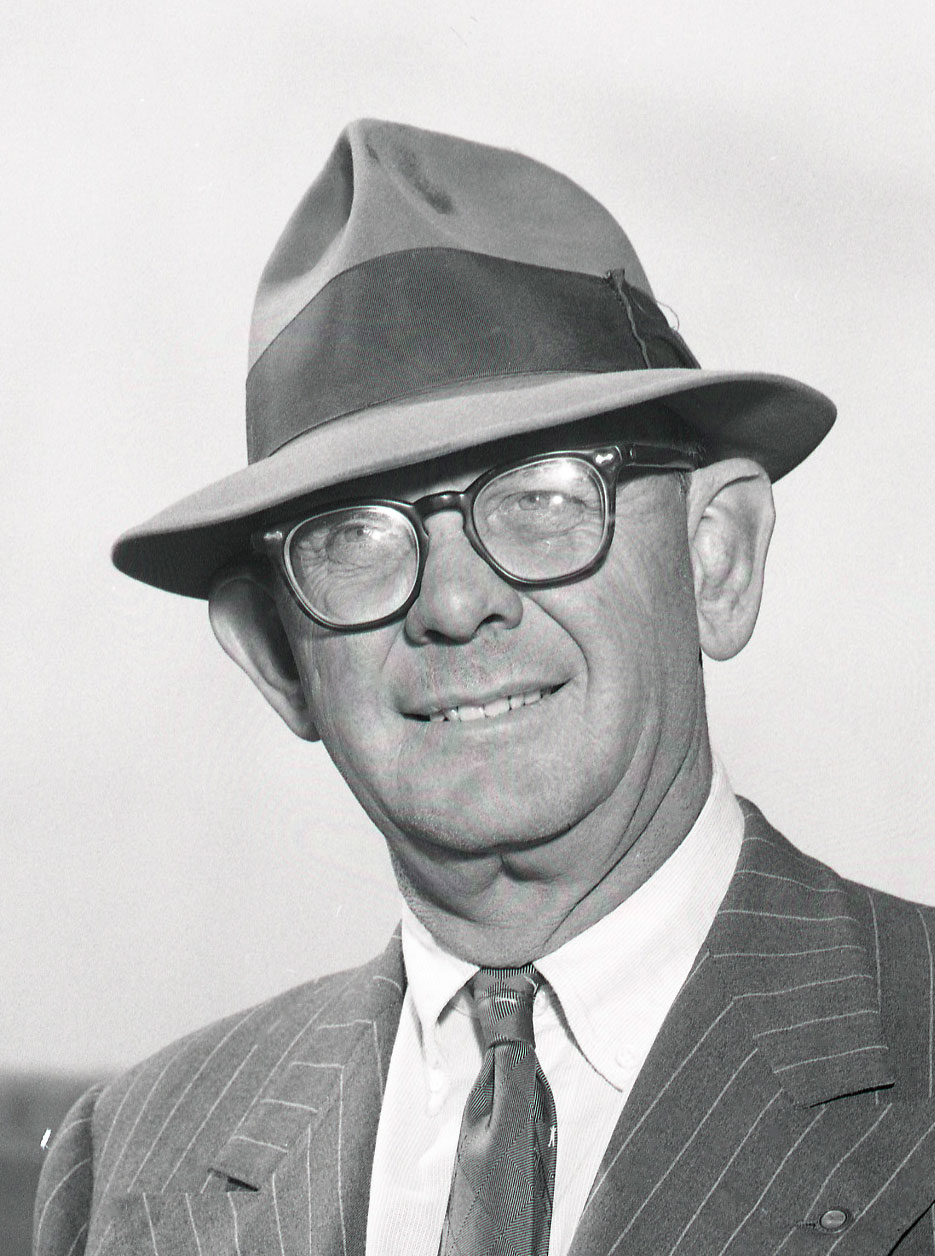 Bull Hancock (the nickname reflecting a strong persona and deep voice) would develop strong feelings about the potential of a horse.  Hancock believed in strong female families, and his management of families involved generation to generation success of mares at Claiborne Farm. Under Bull Hancock’s management Claiborne Farm was the leading breeder four times between 1958 and 1969. Bull Hancock bred 112 stakes winners including 11 champions in North America and Europe.

A horse that attracted Bull as a stallion prospect early in his career was Princequillo. He had a pedigree unfamiliar in America, but he had won from 5 ½ furlongs to two miles. Princequillo’s was a lasting influence. His progeny included champions Round Table, Misty Morn, Hill Prince, Dedicate, and Quill, and he was a top broodmare sire, most notably of Somethingroyal, dam of the great Secretariat.

Claiborne Farm stood the leading sire every year for 15 years, 1955-1969. One of the best was Nasrullah. He led the sire list five times, one of only three stallions of the 20th Century to lead the list that often. Nasrullah sired a total of nine champions in America, including Nashua, Never Bend, and Bold Ruler, each a major sire in his right. The latter was foaled at Claiborne, and Bold Ruler upped the century’s best record by leading the sire list eight times. His son Secretariat placed an additional stamp on Bold Ruler’s prestige.

The fact that Round Table and other Claiborne homebreds were racing for their breeder reflected a difference in the approaches of Bull Hancock and his father. Bull Hancock famously converted Claiborne’s market-breeder business plan of his father’s day. Bull preferred to race homebreds rather than sell yearlings.  Round Table became Horse of the Year and gained renown as perhaps the most versatile American champion in racing surface (dirt and grass), and became the all-time leading earner with $1,749,869.  Claiborne welcomed Round Table home for the stud chapter of his career, and he became the leading sire of 1972. 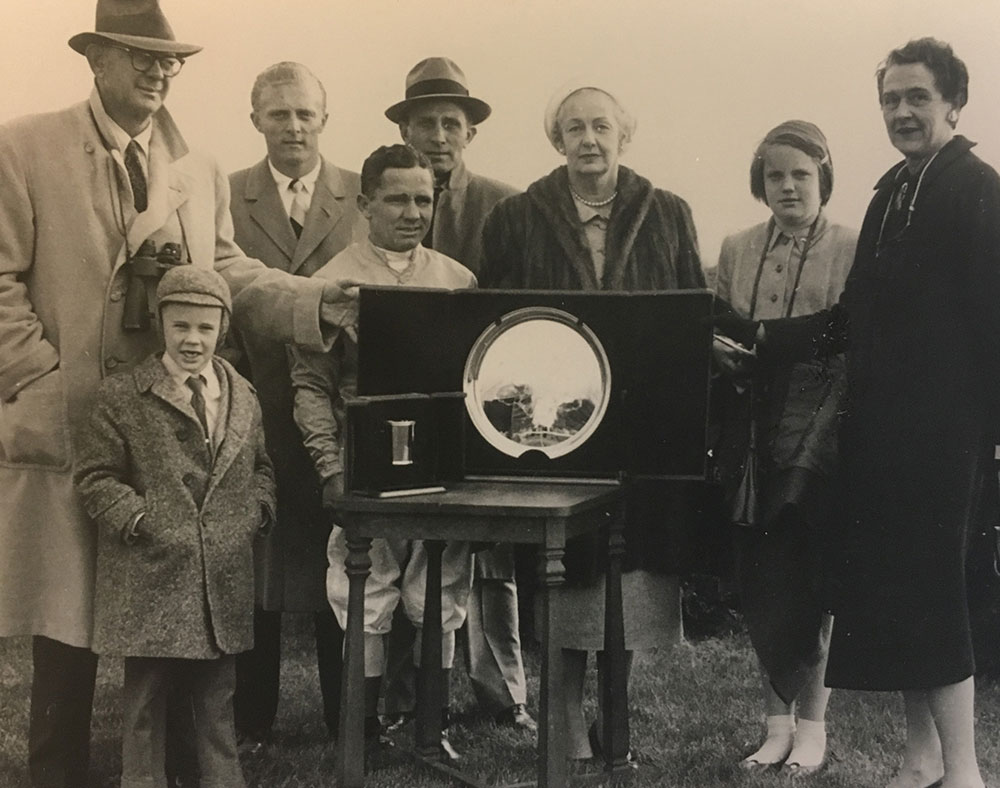 The Hancock family was presented with the Keeneland Tray after BANDIT won the Phoenix Handicap. Claiborne was the second owner to aquire this milestone trophy.
– circa 1957, courtesy of Keeneland Library Collection 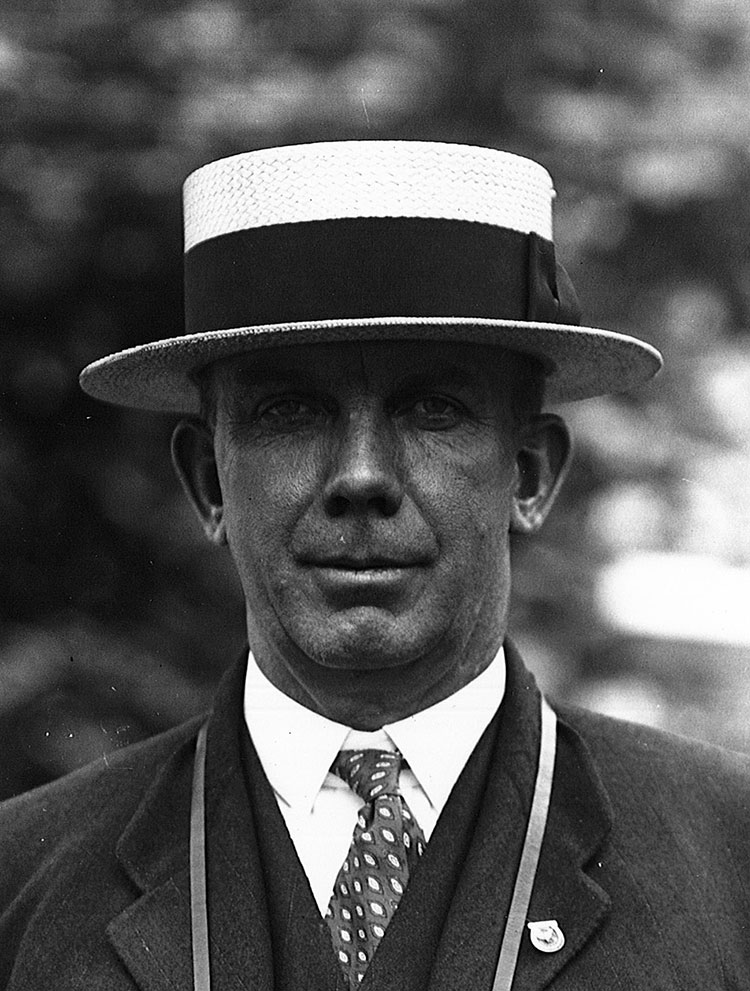 Shaping the path of American breeding

The world-renowned Kentucky Thoroughbred farm, Claiborne, has origins in Virginia. There, Civil War veteran Capt. Richard Hancock raised Thoroughbreds on his wife’s family’s Ellerslie Farm. The move to Kentucky came with the next generation when Capt. Hancock’s son, Arthur B. Hancock, established a second farm on his own wife’s property. This Kentucky plot was christened “Claiborne”, and the farm was launched in 1910. The new “Claiborne Farm” in Kentucky gradually eclipsed the Virginia property, and by 1915 Arthur Boyd Hancock Sr. had launched an operation which strongly influenced the path of American breeding in the first half of the 20th Century.

Claiborne’s first leading sire, Celt, topped the charts in 1921. Hancock had paid just $25,000 for him out of James R. Keene’s Castleton Farm’s dispersal. This acquisition tells much about Hancock’s approach at the time: Well-bred, but not at the top of fashion, so as to be affordable for a working farm. Although Celt’s stud career was cut short, 21 of his 30 stakes winners were bred by Claiborne.

Hancock’s advice in the bloodstock enterprises of many of America’s industrial giants added to his influence. Claiborne attracted an impressive number of major businessmen to business. One of these clients was the illustrious Phipps family. Hancock became their bloodstock adviser, in addition to the other aspects of the relationship, and their partnership with Claiborne has endured to this day. Not only was Claiborne in the business to sell yearlings and board mares at the farm, but also attract investors to make possible the importation of desirable European bloodstock. The first notable stallion import was Sir Gallahad III in 1926. From his first American crop came the 1930 Triple Crown winner Gallant Fox.

Gallant Fox retired to Claiborne farm for his own stud duties, and in-turn sired the 1935 Triple Crown winner Omaha, the only father and son generational Triple Crown. The emerging Calumet Farm, was among investors who made possible Claiborne’s acquisition of Epsom Derby winner Blenheim II. Blenheim II also sired a Triple Crown winner in his first crop at Claiborne, the Calumet-bred Whirlaway in 1941. He was out of the mare Dustwhirl, who had been purchased from Claiborne. Claiborne was the leading breeder by earnings five times between 1935 and 1943. Arthur B. Hancock was the breeder of a record of 138 stakes winners, including 10 champions. Indeed, on his death in 1957, the English annual Bloodstock Breeders’ Review described Hancock as “probably the most influential breeder in the history of the American Turf.” 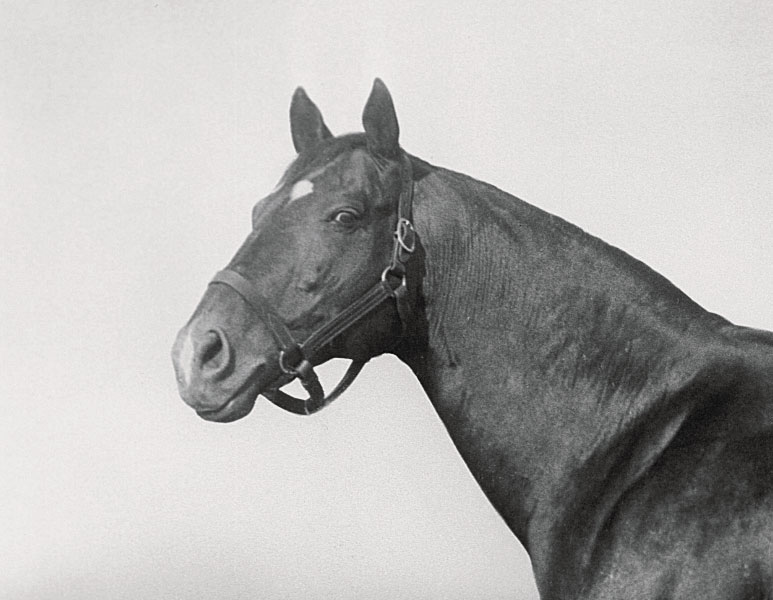