taking on his “life’s Work”

Arthur B. “Bull” Hancock Jr. was born on January 24, 1910 at Marchmont Farm, which became Claiborne Farm. Like his father, Bull Hancock had grown up with the thought that his life’s work would be in the horse business, and summers working in divisions on the farm had prepared him for this. In other seasons, he fulfilled educational requirements at Paris schools, Woodberry Forest, and Princeton. After graduating from Princeton, Bull returned to Claiborne to assist his father with the farm. In 1939 he married Waddell Walker, a young lady from Nashville, Tennessee. From 1941-1945, Bull served in the Army Air Corps, attaining the rank of captain. Bull was discharged when Arthur Sr. underwent a series of heart attacks and needed help running the farm. After his father suffered a stroke in 1947, Bull took over complete control of Claiborne. 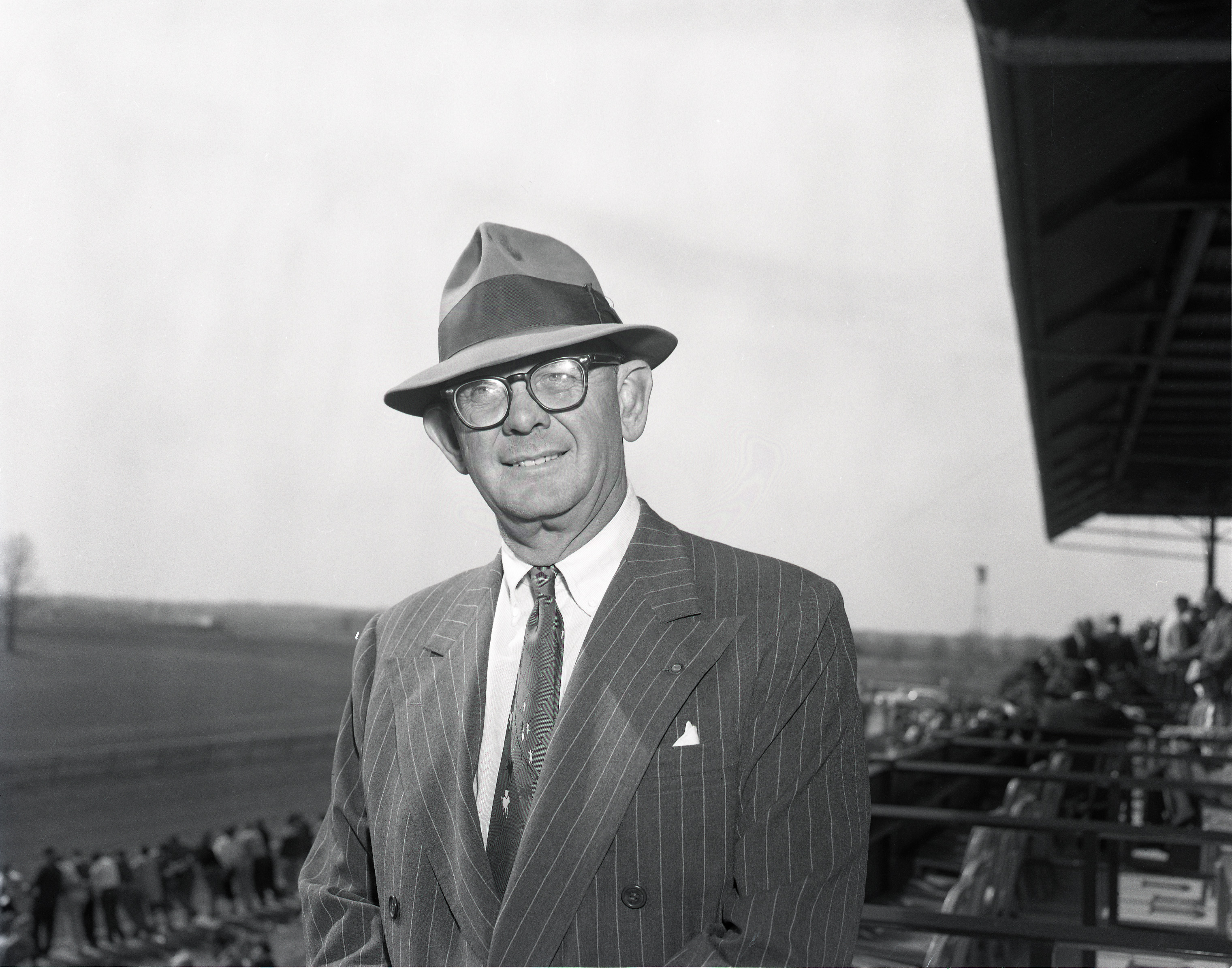 STRONG FEELINGS ABOUT A HORSE’S POTENTIAL

So nicknamed from his tough persona and baritone voice, Bull had a gift of foreseeing the potential of a horse. Major stallions he acquired and/or managed during at least part of their careers included Bold Ruler, Nasrullah, Princequillo, Double Jay, Buckpasser, Damascus, Ambiorix, Le Fabuleux, Sir Ivor, Tom Rolfe, and Herbager.

Princequillo was a stallion that attracted Bull early in his career. Princequillo’s offspring included Round Table, who carried the Claiborne colors to victories in Keeneland’s Lafayette Stakes and Breeders’ Futurity at two in 1956. The fact that Round Table was racing for Claiborne, his breeder, reflected a difference in the approaches of Bull Hancock and his father. Under the senior Hancock, Claiborne had bred for the market. “My father loved the yearling business,” Bull recounted for The Blood-Horse years later. “He was a wonderful salesman. He loved to go to Saratoga and show his horses. . . Frankly, I never felt very good at it. I like the farm work much better.” 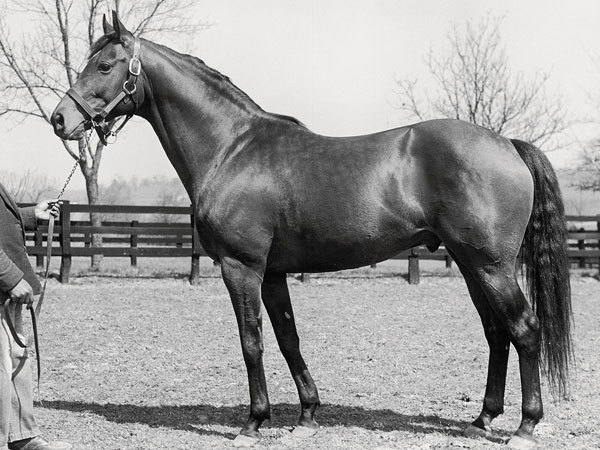 Round Table had been offered as a yearling for $40,000, but there were no takers. After Round Table’s stakes triumphs at two, the offers that came in coincided with the realization that Bull’s father was gravely ill. Hancock sold his 80% of the horse to Travis Kerr for $145,000, with Claiborne retaining the opportunity to stand Round Table at stud. Hancock later commented that “the sale of that horse really more or less held the farm together, paid the estate taxes and so on.”

Round Table became Horse of the Year and gained renown as perhaps the most versatile American champion in racing surface (dirt and grass), and became the all-time leading earner with $1,749,869. 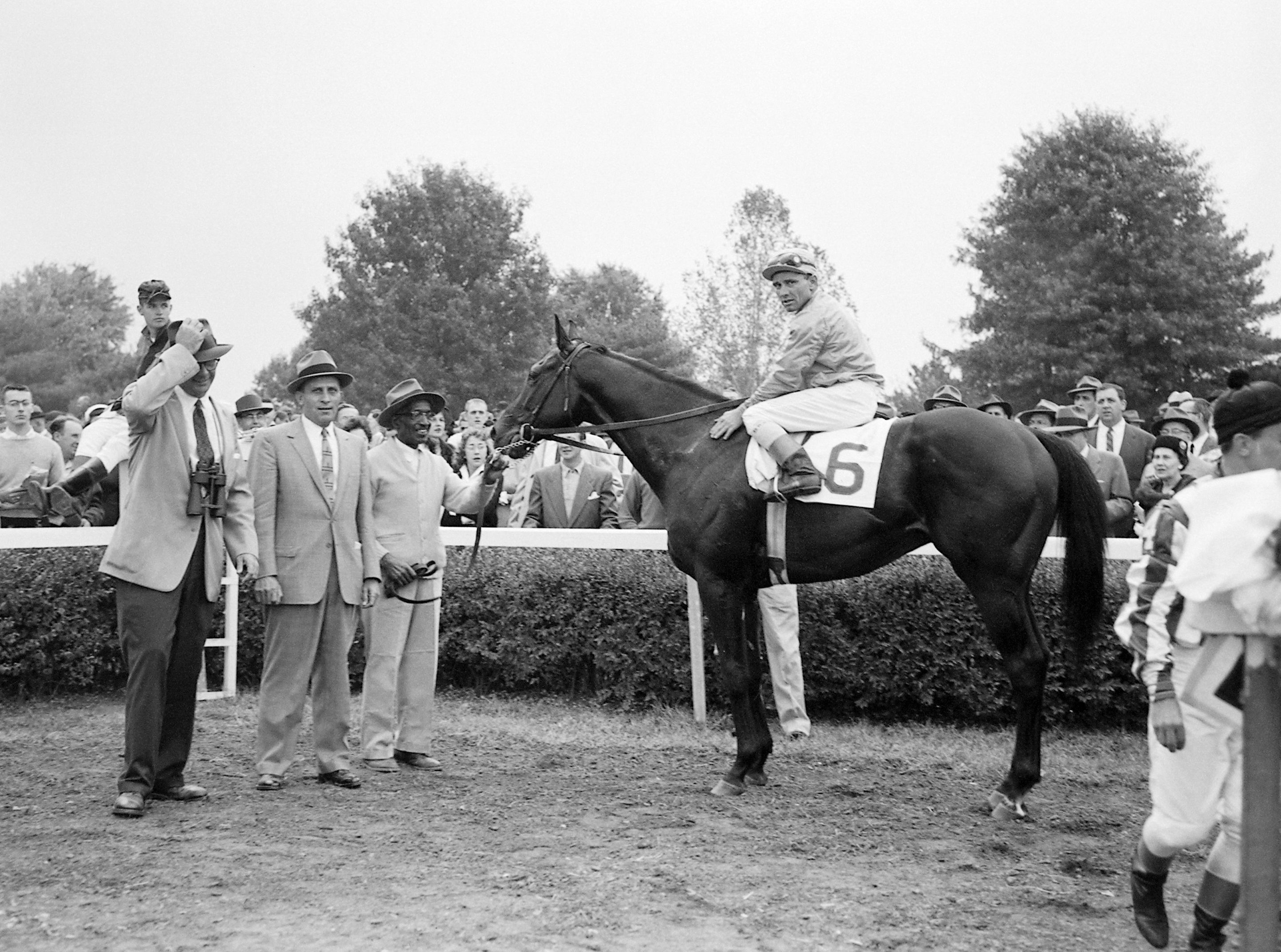 Round Table wins the 1956 Breeders’ Futurity

PARTNERSHIPS FOR THE FUTURE

Hancock wrestled with several ways to develop enough income to support the farm while not running the risk of another Round Table slipping through his hands. He tried a plan to sell half-interest in the colts of a crop and lease half of the fillies, but found no takers. Finally, he came up with the plan to “sell a half-interest in everything, and the horses will be equally owned when they come back to the farm.”

Howard Keck signed on for this plan for one crop, but business matters prompted him to drop it after that. Hancock was playing golf at Saratoga with show horse and racing proponent William Haggin Perry, and Perry agreed to sign on. It would be a lasting and fruitful arrangement for both parties, for over the years a parade of major winners sprung from the Claiborne fields, half running in the farm colors and half running in Perry’s silks.

Like his father, Bull Hancock generated a large part of his influence from developing relationships with other key breeders, owners, and trainers. These included the various generations of the Phipps family – Mrs. Phipps, her son Ogden, his son and daughter Ogden Mills Phipps and Cynthia Phipps, South African-based precious metals magnate Charles Engelhard, for whom Hancock syndicated and stood the noble Nijinsky II, and Mrs. Martha Gerry, who bred three-time Horse of the Year Forego, by Hancock’s dynamic Argentine import Forli. 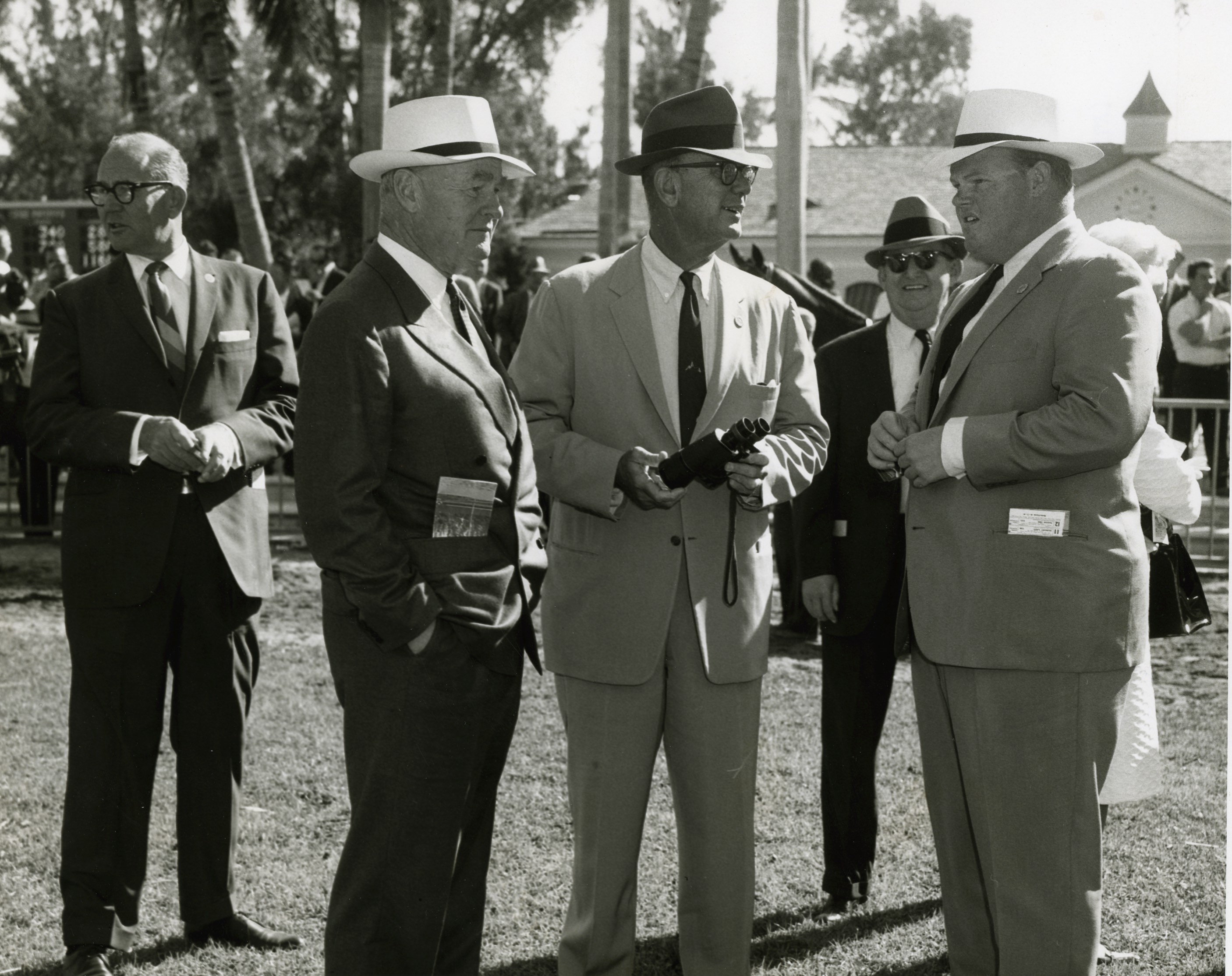 Hancock believed in strong female families, and his management of families involved generation to generation success of mares such as the English purchase Rough Shod II. This family produced Claiborne’s homebred Moccasin, champion two-year-old filly in 1965 and the only juvenile filly ever to be voted Horse of the Year. The family also re-crossed the ocean and one member produced the epoch stallion Sadler’s Wells. Another among the long-term producing families for Claiborne was that of Bourtai, which led to Delta, Dike, Bayou, Coastal, and Slew o’ Gold, while other breeders tapped the line to produce Levee, Shuvee, and many more.

Hancock stood the leading sire every year for 15 years, 1955-1969, and under his management Claiborne was the leading breeder four times between 1958 and 1969. Bull Hancock bred 112 stakes winners including 11 champions in North America and Europe: Doubledogdare, Bayou, Nadir, Round Table, Lamb Chop, Moccasin, Gamely, Wajima, Thatch, Apalachee, and Ivanjica. 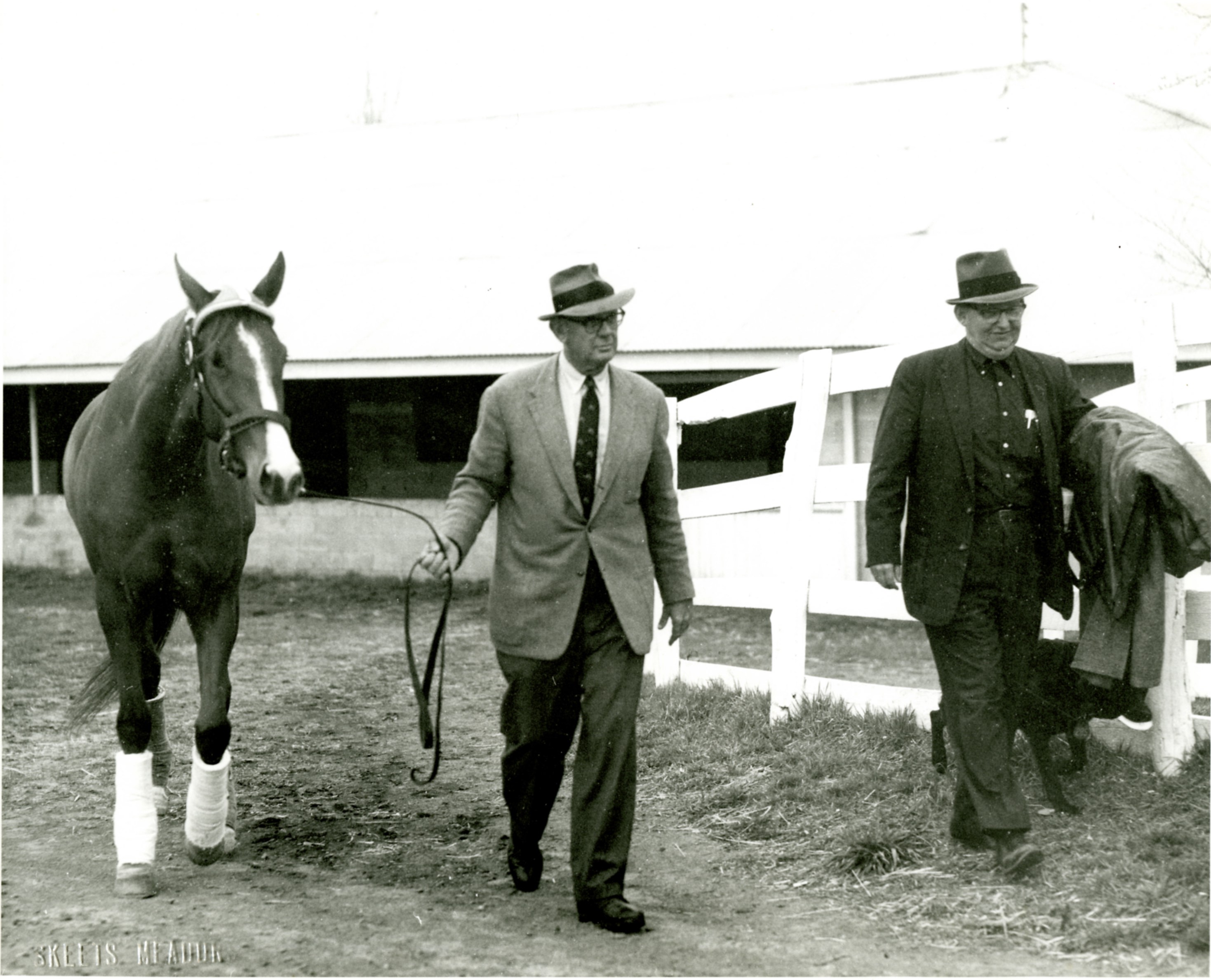 Bull Hancock lead Claiborne’s homebred Moccasin, the only juvenile filly to ever be voted Horse of the Year.

Like his father, Hancock poured energy and intellect into helping the industry. He was one of the original directors of Keeneland and in 1971 was named one of its three trustees. He served on the Kentucky Racing Commission, as did his father and his older son Arthur III. Bull Hancock was instrumental in the merging of the owners and breeders associations to form the Thoroughbred Owners and Breeders Association. He was also a director of the Grayson Foundation, a founder of the Thoroughbred Breeders of Kentucky, and one of the organizers of the American Horse Council. He was a director of Churchill Downs, and was among those who stepped up to invest in the track and save it from a corporate takeover.

In 1955, Hancock became the first working horseman elected to The Jockey Club, that in an era before the present structure of The Jockey Club which stresses inclusion of working horsemen and horsewomen. He was honored by the Thoroughbred Club America as it’s Honor Guest for the 1960 Testimonial Dinner, an honor also given his father and younger son Seth over the years.

Hancock was diagnosed with cancer in 1972 and passed away only two weeks later, on September 14. 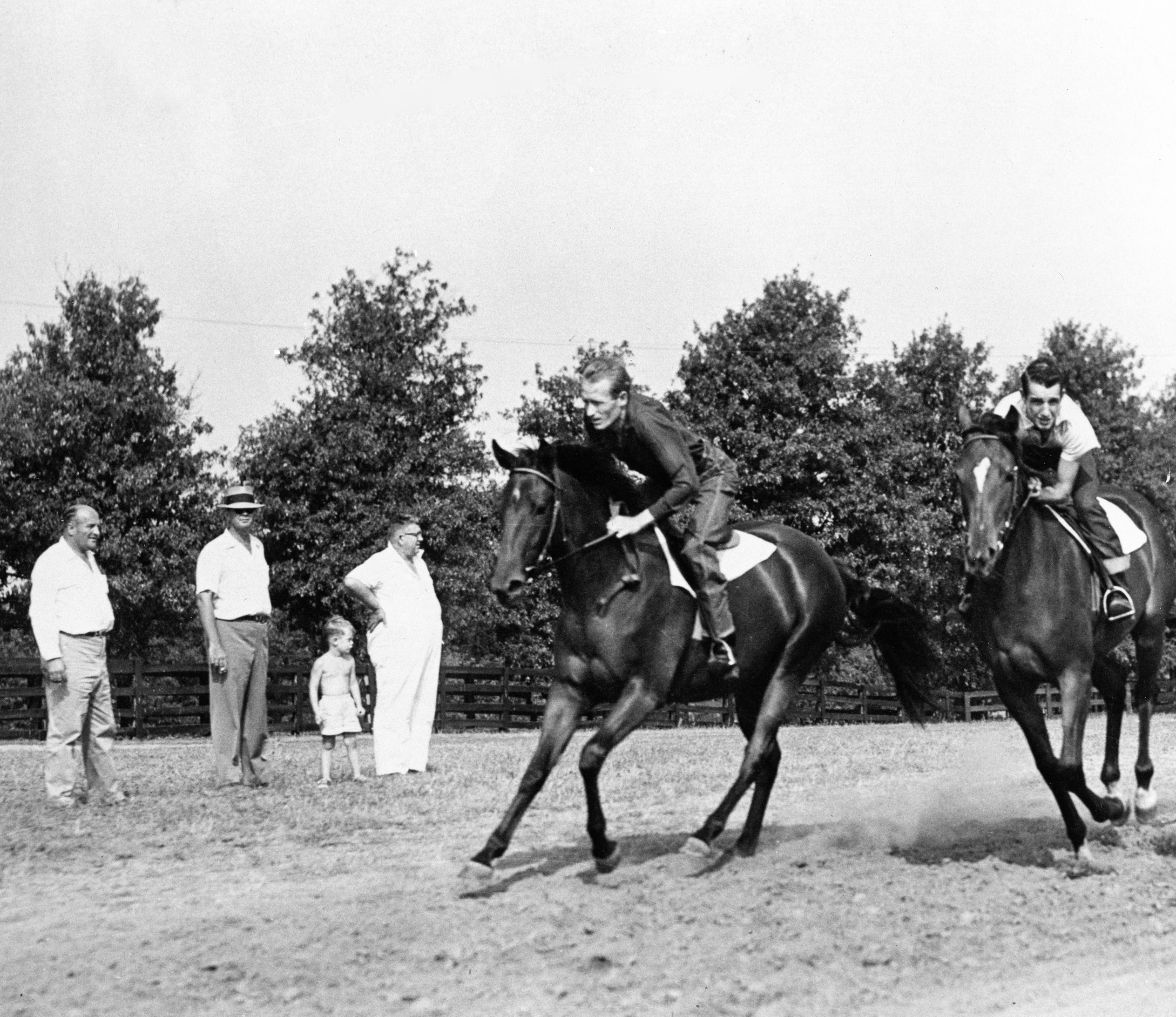