With the Breeders’ Cup coming up in the next couple days, Claiborne connections are represented in seven of the 14 contests during the championship event. 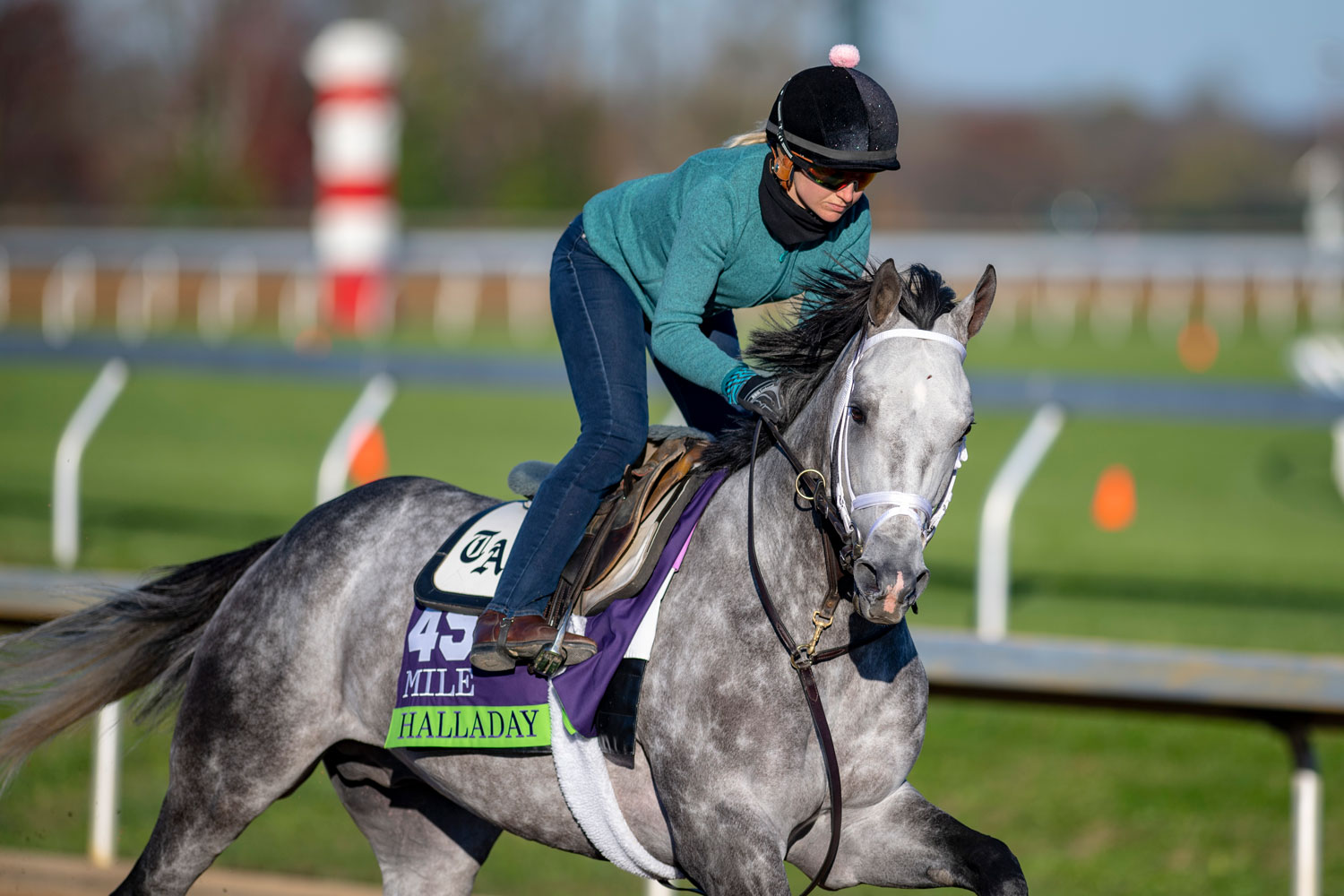 Starting with future stars Friday, Claiborne stallions WAR FRONT, BLAME, and FIRST SAMURAI all have talented juveniles on the card.

WAR FRONT‘s Battleground, a Grade 2 winner at Goodwood and Royal Ascot victor, will compete in the Juvenile Turf (G1). The Ballydoyle invader – trained by Aiden O’Brien and to be ridden by Ryan Moore – is owned by Michael Tabor, Derrick Smith and Mr. & Mrs. John Magnier. Regally bred, Battleground is the first foal out of the globe-trotting multiple Grade 1 winner Found (IRE), whose victories include the Breeders’ Cup Turf (G1) and Qatar Prix de l’Arc de Triomphe (G1).

The undefeated 2-year-old Plum Ali (FIRST SAMURAI) is set to contest the Juvenile Fillies Turf (G1). An emerging star from the barn of Christophe Clement, the filly has strung together three victories – most recently the Miss Grillo (G3) at Belmont – and has amassed over $400,000 in earnings. The morning line 4-1 second choice in a full field of 14 contestants, she will be representing owners Michael Dubb, Madaket Stables, and Bethlehem Stables.

Good luck to all connections in the upcoming Breeders’ Cup championships!

Blame
First Samurai
War Front
War of Will
VIEW ALL