This past Friday, VAST, a homebred by Claiborne and Adele B. Dilschneider, became freshman sire Lea’s second winner after taking a $90,000 maiden special weight at Saratoga going 5 ½ furlongs on the dirt in 1:04.67. 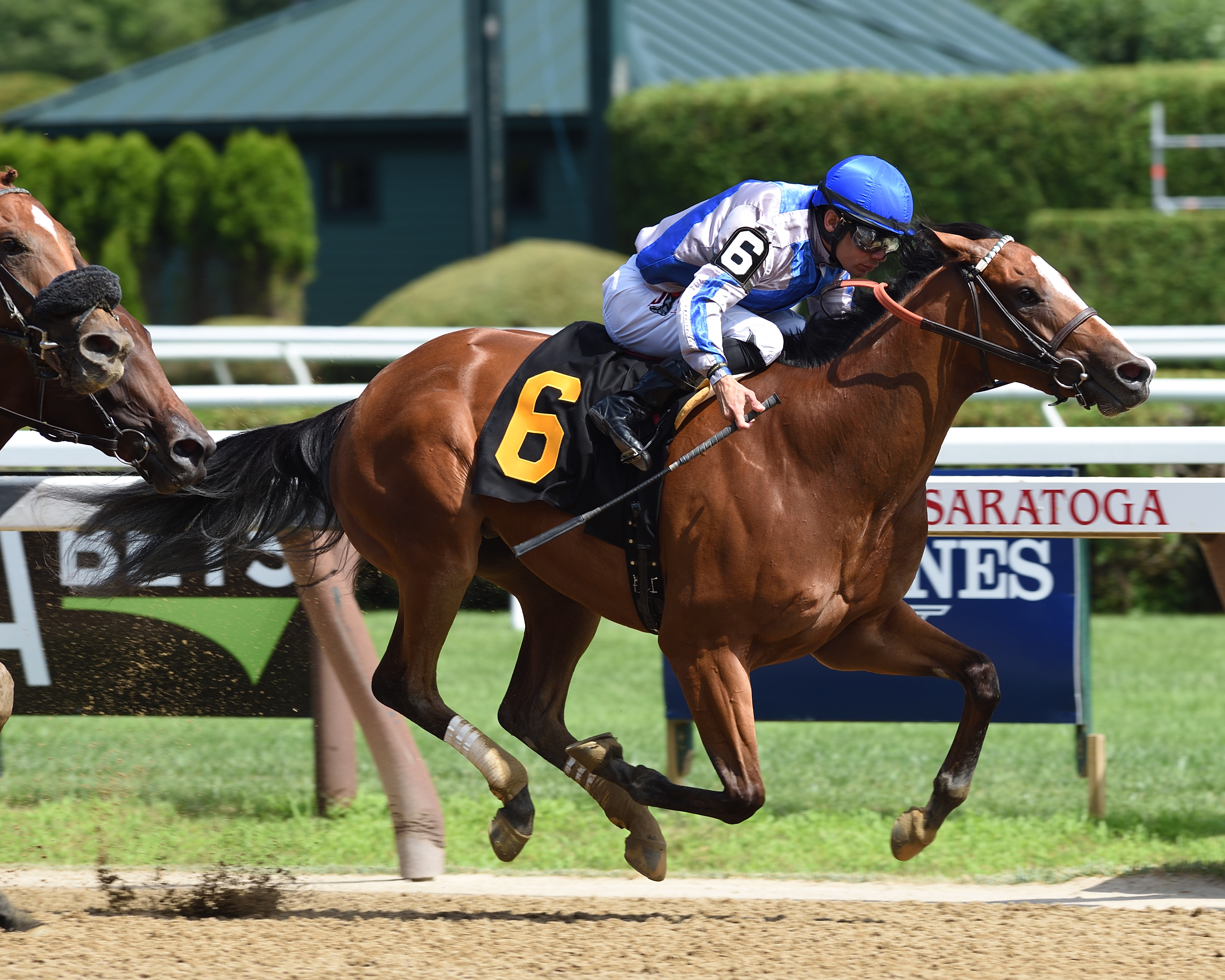 Vast seized the lead out of the gate, then allowed Pure Wow to stick a head in front as the field of 2-year-old fillies headed into the final turn. At the the top of the stretch, Vast re-rallied and accelerated from her foes, going on to win by half a length. Out of Enth (Seeking the Gold), Vast is trained by Bill Mott and won on debut under jockey Junior Alvarado.

A half-sister to Vast by Runhappy recently sold at the Fasig-Tipton July Sale to Ken McPeek for $225,000.

Lea’s first winner came on Independence Day, with R Sea Smoke taking a maiden claiming race on the turf at Gulfstream Park. Lea’s progeny are quickly proving to be just as versatile on the track as their sire. A son of First Samurai, Lea won the Grade I Donn Handicap on dirt and was second in the GI Woodbine Mile on turf. Lea stands at Claiborne for $7,500.