A busy week of Saratoga auctions continues on Sunday and Monday when the Fasig-Tipton New York-Bred Yearlings sale give buyers a chance to buy horses eligible for awards from the lucrative New York-bred program. 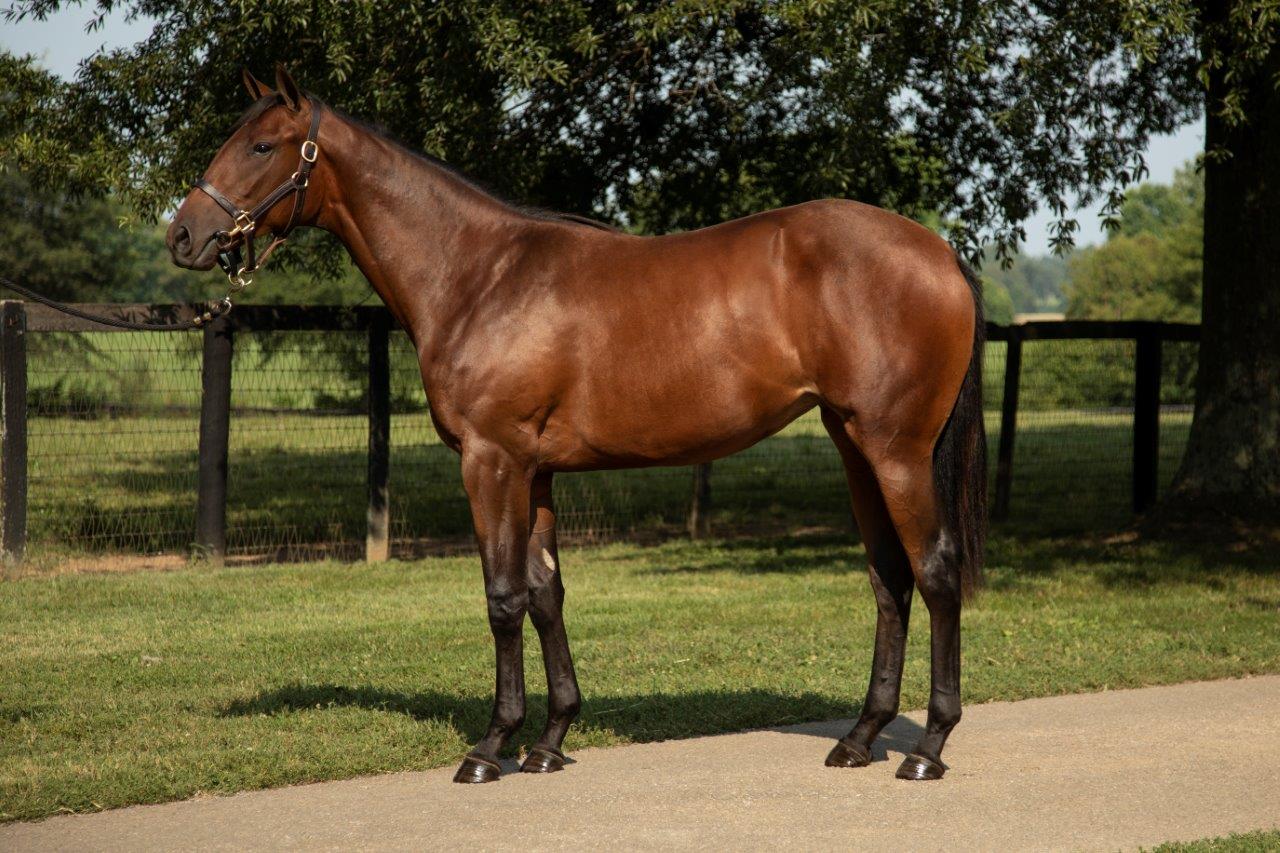 New York-breds are eligible to run for over $60 million distributed in purse money, awards, and incentives.

BLAME is represented by a pair of colts in the sale with one coming on each day.

His first is Hip 352 half-way through Sunday’s session. Consigned by St George Sales, the colt is the second out of winner Blank Slate. That mare is a full sister to stakes winner Planchart with the pair out of multiple Grade 3-placed Tarrip. Also seeing Group 3 winner Naissance Royale and stakes winner Green Lyons on his page, the colt has eight stakes performers listed overall.

Coming into the sale in the midst of another top year, FLATTER sees all three of his offerings in the Monday session of the sale.

The first comes from the South Point Sales Agency draft as Hip 408 out of stakes-placed Fenwick Hall. Bred by Final Furlong Racing Stable, the colt’s dam’s full sister is multiple stakes winner Miss Narcissist. All the dams on his page outside of his own young dam have produced stakes winners with stakes winning third dam Mighty Emy also the dam of stakes winner Mighty Eros, who has produced Grade 2 winner and Grade 1-placed Faypien.

FLATTER’s other two hips come within seven of each other, starting with his filly out of Savvy Sassy.

Offered by Winter Quarter Farm, Hip 551 is a half-sister to stakes placed runners Bourbon Bay and Brattle House and out of a two time winner. Savvy Sassy is a three-quarter sister to multiple graded stakes winner Southdale and a half-sister to the dam of FLATTER’s Grade 3 winner Plainsman and Grade 3-placed Liam. In all, there are 12 stakes performers on the Oak Bluff Stables and Christophe Clement-bred filly’s page with all her dams who produced more than one foal producing both stakes winners and stakes producers.

FLATTER’s final offering is Hip 558 from Denali Stud. The colt bred by West End Thoroughbreds and out of three-time stakes winner Sheriffa is the third foal for his dam. That mare is also a full sister to multiple graded stakes placed Might Be and is a granddaughter of multiple stakes winner and Grade 3-placed Erica’s Smile. A half-sister to two other stakes performers, Erica’s Smile is also the dam of two stakes-placed runners, led by Grade 2-placed Tigre Di Slugo.

MASTERY is proving to be a versatile sire with his first crop and owners will have three chances to buy yearlings from his second crop at this sale.

His first comes only a few hips into the first session when co-breeder Sequel New York sends out Hip 319, a filly out of multiple stakes winner Winter Book. The dam of one winner from one to race, Winter Book is a half-sister to Grade 3 winner Motor City, stakes winner Satulagi, and stakes-placed Burma Road. Another one of her winning half-sisters is the dam of Grade 3 winner and Grade 2-placed Rich Mommy as well with eight stakes winners or placers listed under the filly’s second dam alone.

The first of MASTERY’s two offerings on Monday is Hip 441 bred by Dutchess Views Farm, Bob Peterson’s Stable, and C. Robert Valeri. Offered by Vinery Sales, the colt is out of FLATTER mare Hush Now, who has already produced stakes winner Hush of a Storm from her first foal to run. Hush Now is also a full sister to multiple stakes winner Brigand and a half-sister to stakes winner Sky Music. Also named on her page are 10 stakes performers, with the group including four stakes winner and Grade 1-placed Keep the Peace.

The final chance buyers will have to buy a MASTERY at this sale is Hip 596 offered by breeder The New Hill Farm. A half-sister to stakes-placed Playtone, the filly is out of stakes placed Theyplayingoursong, who is one of six stakes performers out of multiple stakes-placed Dana’s Lucky Lady. There are stakes winners or placers under each of the filly’s four dams on the page with 14 stakes performers named under those dams.

RUNHAPPY is having a strong year on the track and looks for that to carry over to the pavilion on August 15 and 16 with two offerings.

On the first day, RUNHAPPY sends out Hip 376, a gray colt out of Crown of Diamonds. Offered by Indian Creek and bred by Fifth Avenue Bloodstock, the colt is a half-brother to four winners from four to race out of his dam. Three-time winning Distorted Humor mare Crown of Diamonds is a full sister to Grade 1 winner Awesome Humor, who is the dam of two stakes performers and the granddam of stakes winner Whoa Nellie.

The colt’s second dam is so strong that only two dams show on the page with Crown of Diamonds also a half-sister to Surf Club, who is the dam of Grade 1 winner Emcee among four stakes performers. One of those stakes performers is Distorted Humor mare Baffled, who is the dam of Grade 1 winner and top young sire Constitution along with Grade 2 winner Boynton and Grade 3 winner Jacaranda.

On Day 2, RUNHAPPY has Hip 506 representing him from Taylor Made Sales.

Bred by Fred Hertrich III, the filly is out of One Show Only, who is a full sister to Grade 3-placed Poof Too. Their dam Showpiece is out of top broodmare She’s a Winner, who is the dam of Grade 1 winner Bluegrass Cat and three other stakes winners plus Grade 2-placed Cal Nation with two of her unraced daughters also producing stakes performers. This filly’s fourth dam Get Lucky needs no introduction with her descendants including Kentucky Derby (G1) winner Super Saver, Grade 1 winners Imagining and Girolamo and more.