The Jeremiah O’Dwyer-trained Shotski broke on top and never looked back in the Grade 2, $250,000 Remsen at Aqueduct Racetrack, scoring 10 points toward the starting gate of the 2020 Kentucky Derby for Claiborne sire Blame. 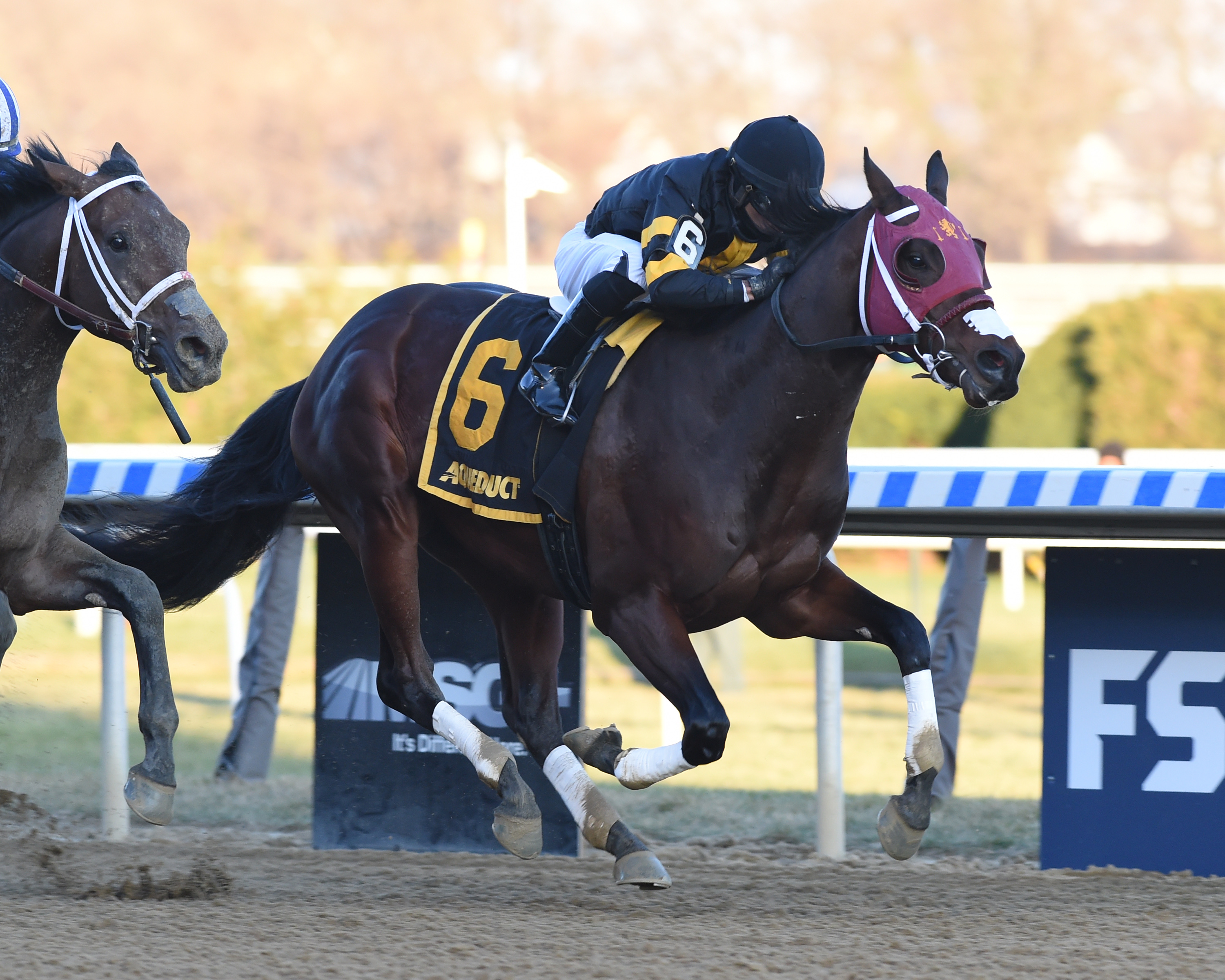 Owned in partnership by Wachtel Stable, Gary Barber, Pantofel Stable, and Mike Karty, Shotski faced his first two-turn test in the 1 ⅛-mile Remsen for 2-year-olds, entering off a fourth-place finish in the one-mile Street Sense at Churchill Downs, in which he finished fourth after stalking the pace.

Unlike the Street Sense, Shotski waited for no one early in the Remsen after breaking sharply from the gate under Luis Saez. Leaving the far turn, Saez let Shotski out a notch and the Blame colt responded well, opening up a three-length lead by upper stretch. With only Ajaaweed a threat to his chances down the lane, the advantage proved insurmountable, and Shotski was able to stave off the late run from Ajaaweed to prevail by a half-length.

“We discussed beforehand and Adam [Wachtel, co-owner] is great with analysis and we found that we might be on the front end which we didn’t mind,” said O’Dwyer. “He’s a very laid back horse so I knew he would relax with no problem. Luis said that he did everything right. He doesn’t do any more than he’s asked, but when you ask him he’s there for you.

Where Shotski next appears on the Derby Trail is still undecided, but it’s unlikely to be in Aqueduct’s next Derby prep, the $150,000 Jerome on New Year’s Day, according to Wachtel.

Blame Debbie, a 2-year-old filly by Blame, finished 3rd in the Grade 2 Demoiselle Stakes at Aqueduct on the same card as the Remsen. This stakes showing earned her two points on the road to the 2020 Kentucky Oaks.