Marley’s Freedom, daughter of Claiborne stallion Blame, defended her title in the $200,351 Grade II Great Lady M Stakes Saturday at Los Alamitos. Heavily favored to repeat the victory, the Bob Baffert trainee went off at odds of 3-5, and won by 1 ¾ lengths under jockey Drayden Van Dyke. 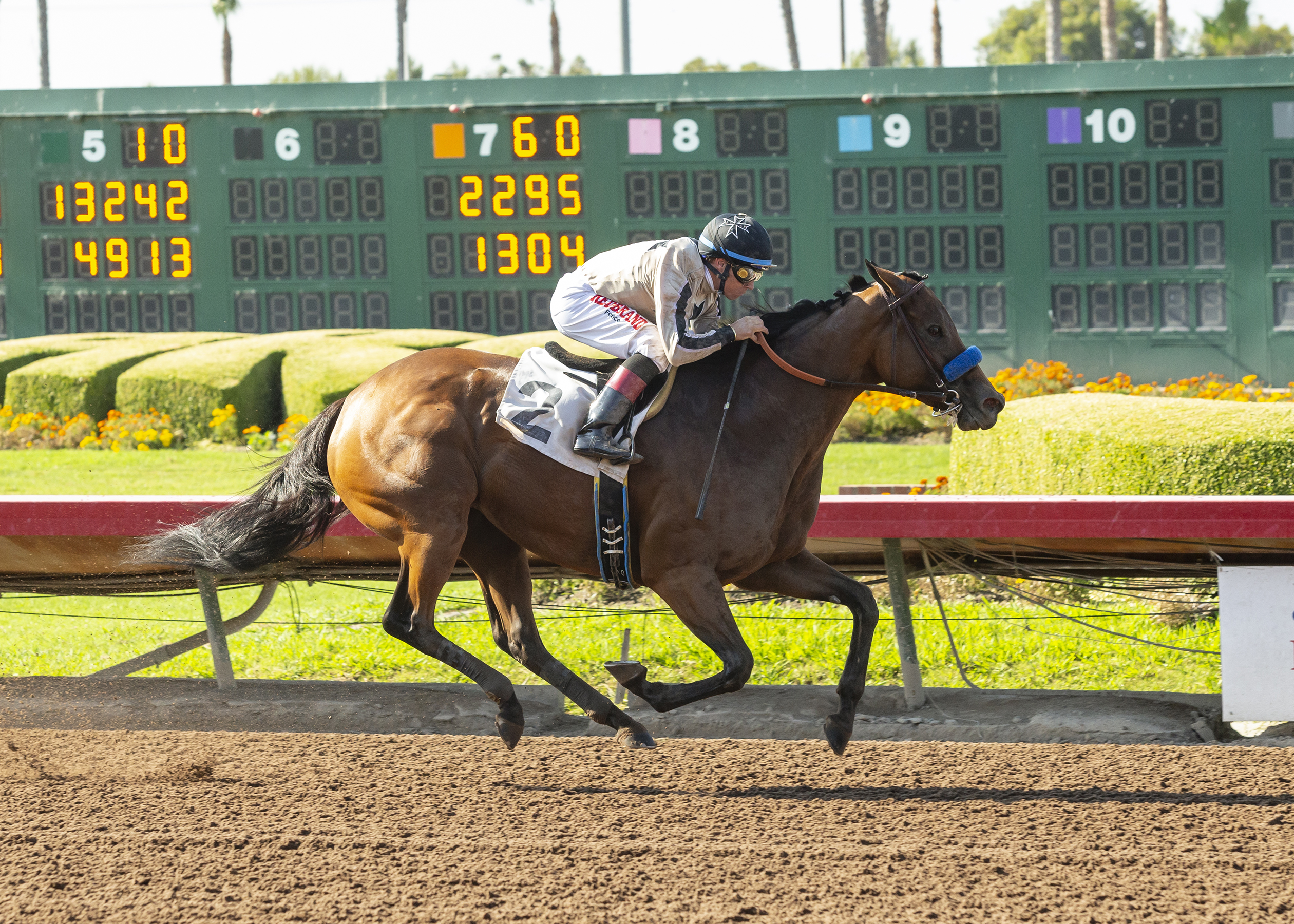 The victory for the six-time graded stakes winner ended a brief two-race losing streak. She had finished second in the Grade I Beholder Mile March 30 at Santa Anita, and was runner-up as the 9-10 favorite in the Grade I Humana Distaff May 4 at Churchill Downs prior to Saturday.

“We were hoping she would run like that,’’ said Baffert, who has now won three of the six runnings of the Great Lady M. at Los Alamitos. “When (Van Dyke) asked her to go he had a lot of horse.

Baffert indicated Marley’s Freedom would surface next in the Grade I, $500,000 Ballerina Aug. 24 at Saratoga. The Kentucky bred won that event a year ago by 3 ¼ lengths as the 19-10 favorite.

Blame is the sire of 25 stakes winners. He had 15% stakes winners from starters in 2018, including other G1 winner Fault. Blame stands for $30,000 at Claiborne.