Marley’s Freedom continued to impress, this time on the East Coast, as she took the Ballerina Stakes (G1) at Saratoga to notch her biggest victory to date. The 4-year-old Blame filly has now won four consecutive races, three of which have come in graded stakes. 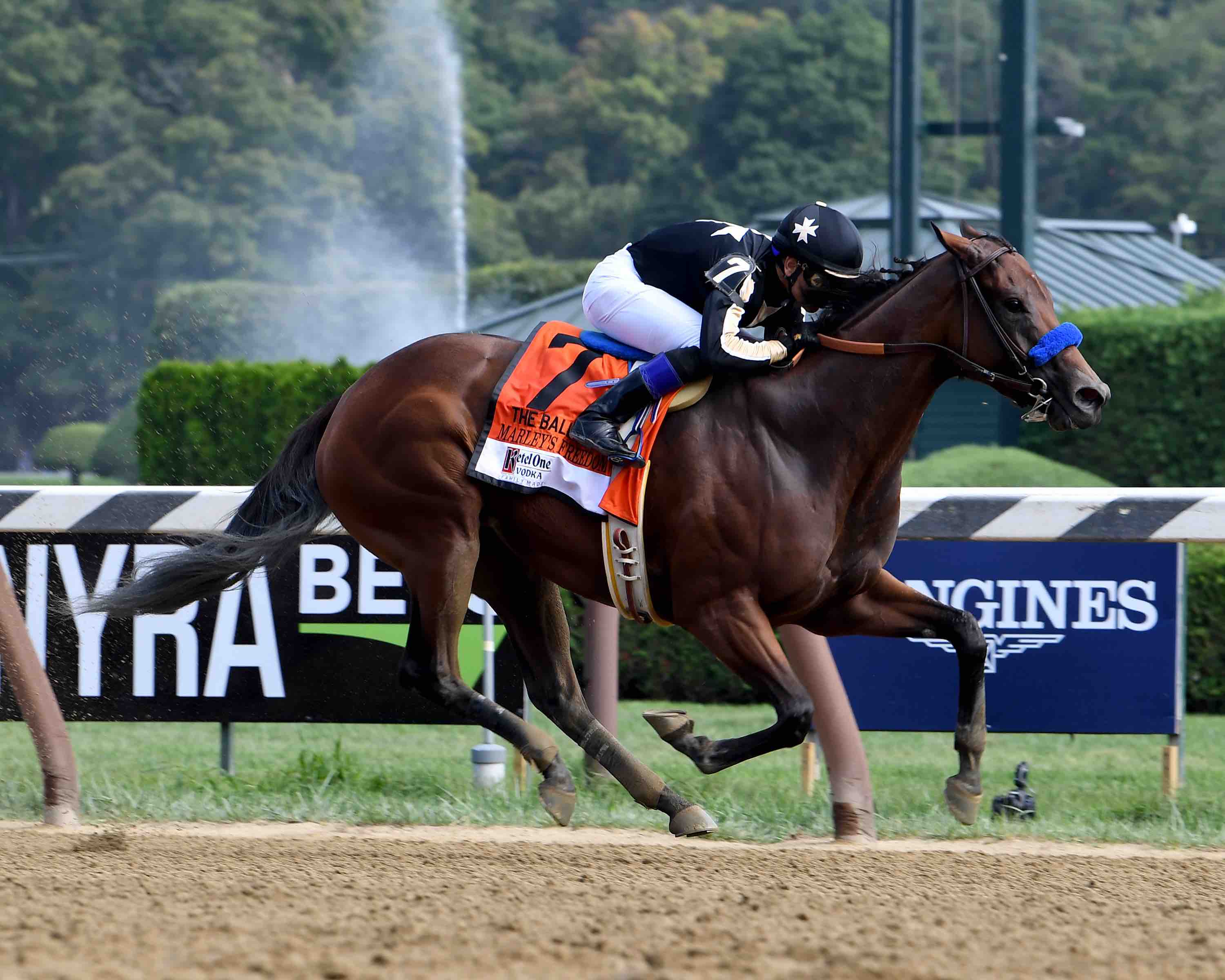 Content to track the early pace in the Ballerina, Marley’s Freedom went five-wide under jockey Mike Smith to hit the front at the top of the lane. From there, she drew off to win the seven-furlong contest by 3 ¼ lengths.

“We were hoping she would do something like this,” said winning trainer Bob Baffert. “She shipped well, and you learn a lot about them when they ship. She’s a professional, and when we got her, she was in great shape and coming off a win. I really can’t take a lot of credit for that. She came to me in great shape and was running really well, and I just kept her in that form.”

Since joining Baffert’s barn, Marley’s Freedom has also reeled off victories in the Great Lady M Stakes (G2) at Los Alamitos and the Desert Stormer Stakes (G3) at Santa Anita.  She is owned by Cicero Farms, and the goal is to keep her racing in 2019.

“You have to come to Saratoga if you are looking for a championship,” said Baffert. “That is why I brought her, to see how she fits. When I saw her at the top of the stretch on the outside, I felt pretty good. She had an extra gear, that’s how she works. We want to run her next year, so we probably want to stretch her out at some point.”

Cicero Farms bought Marley’s Freedom at the 2015 Keeneland September yearling sale, and she has now earned $628,435. Marley’s Freedom is out of the stakes-placed Formal Gold mare Relaxing Green.