After sitting second for most of the race, Maraud put in a determined effort to rundown pace setter Speed Franco and win the Palm Beach Stakes (G3) at Gulfstream Park by a neck. It was the 3-year-old Blame colt’s first stakes score. 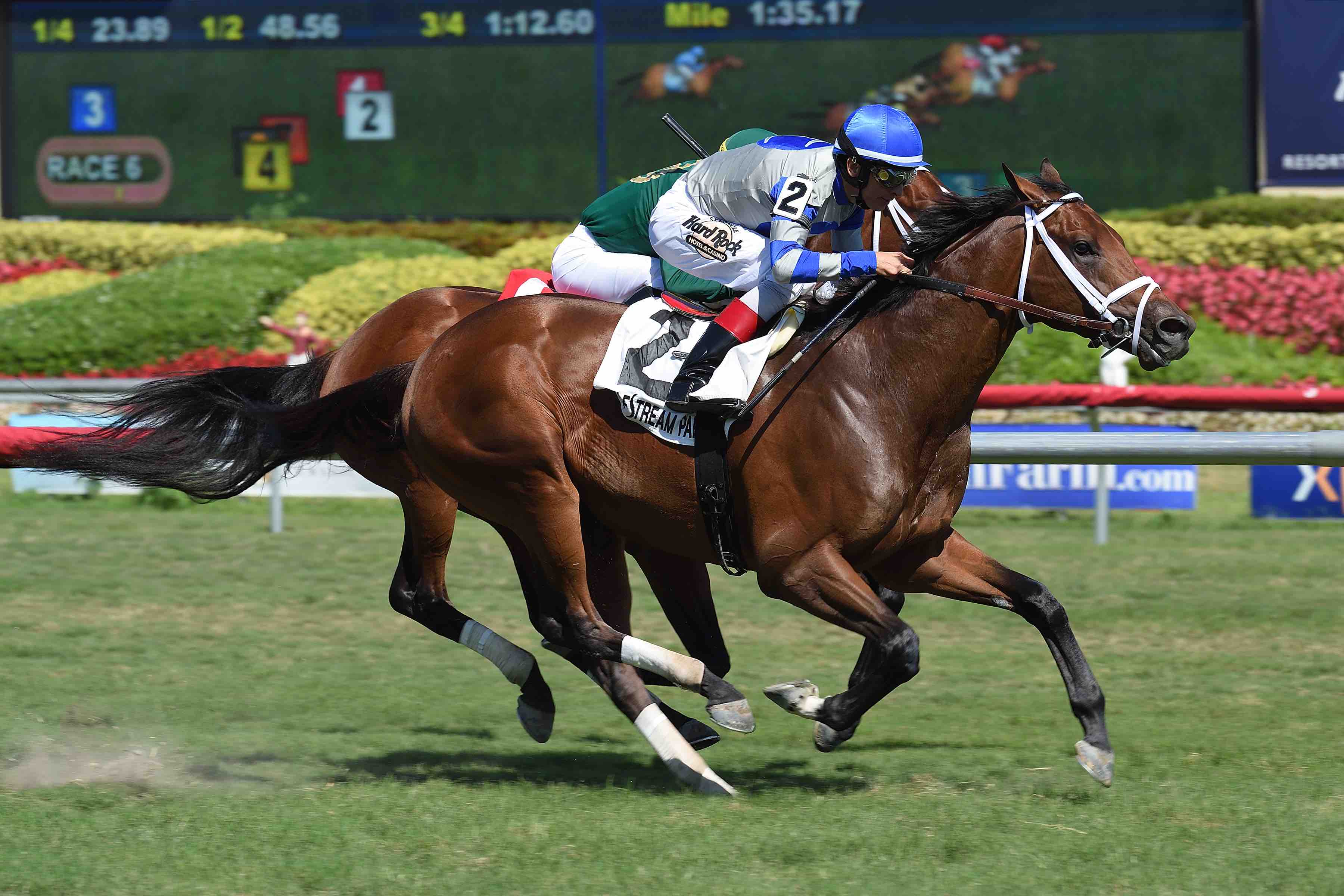 Trained by Todd Pletcher, Maraud was ridden to victory by John Velazquez. The duo tracked Speed Franco from the start before catching him at the wire to complete the 1 1/16-mile contest in 1:41.01.

“There was not too much speed in the race and, after speaking with Todd, he said if it doesn’t look like there’s too much speed, let me use my horse for the first part,” said Velazquez. “On the lead he was really tough. He didn’t run as close to the lead, so when I asked him at the quarter pole, he ran away with me a little.”

Pletcher trains Maraud for Treadway Racing Stable, and the colt is now a perfect two-for-two in 2018. Maraud, who broke his maiden at first asking last September, was a graded stakes-placed juvenile, finishing third the Pilgrim Stakes (G3) in his first attempt at stakes company. What comes next for the talented runner has yet to be decided.

“It was a quality effort,” said Pletcher. “I’m not sure what’s next. There’s the race on Florida Derby Day, the $125,000 Cutler Bay, or I might wait until Keeneland. We’ll see how he comes out of it.”

Blame is already the sire of nine black type horses in 2018, putting him behind only Tapit. His other stakes performers this year include additional graded stakes winner Fault. Represented by 17 stakes horses in 2017, including French Classic winner Senga, Blame stands for $12,500 at Claiborne.