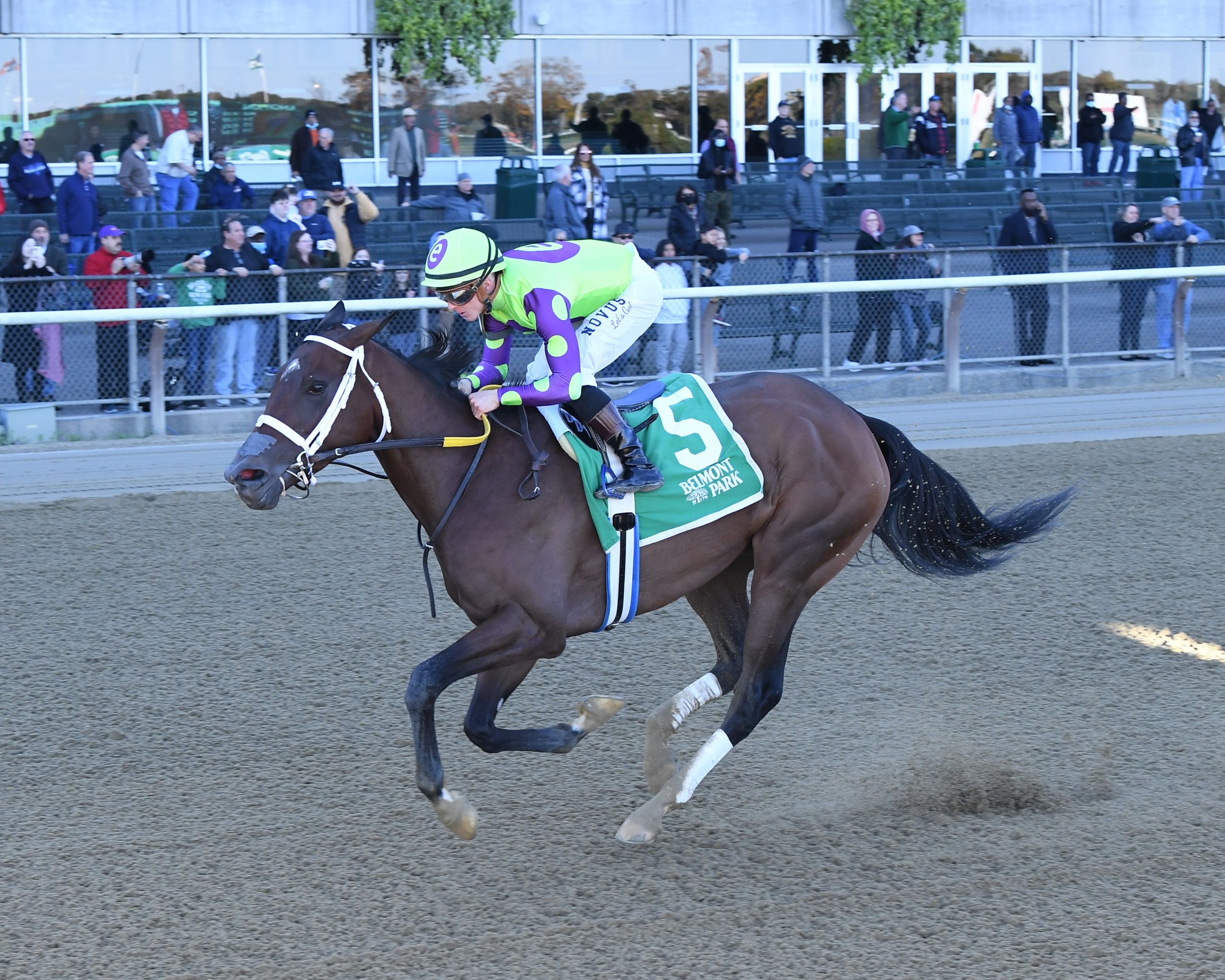 She was sent hard from the gate in the 1 1/8 mile race by Dylan Davis to race within a length of the leading Miss Marissa. With three furlongs to run, Gibberish had her head in front with Davis asking her for her best as they hit the stretch.

She started building her margin from there with Davis keeping her focused as So Darn Hot tried to run her down.

“I just wanted to come out running and not give an easy lead to Miss Marissa. I saw the four-horse [Firing Carol] was getting more engaged, so I was able to back off since she was doing a little more of the dirty work for me” said Davis. “She’s a big, nice-moving filly. She got to the turn and the half-mile pole and started picking up her stride.

Trained by Saffie Joseph Jr, Gibberish was a $230,000 weanling in 2017 when part of the St George Sales consignment and offered her on behalf of breeder Dell Ridge Farm. The 4-year-old has won five of her 14 races with three other top three performances for $340,010 in earnings.

LEA has registered six stakes performers this year with Gibberish also giving him a Grade 2 placing before today. LEA’s results look to get even better in coming years with three of those stakes horses from his biggest and best pred crop of 2-year-olds, including Puerto Rican Grade 2 winner Media Luna.

Gibberish is now set to head to Kentucky, where she’ll sell at Tuesday’s Fasig-Tipton November Sale as Hip 176 with Indian Creek as agent.