Claiborne stallion Lea impressed buyers with his first-crop 2-year-olds at the OBS April sale, as six of his offspring fetched six-figure prices, including a $430,000 colt. 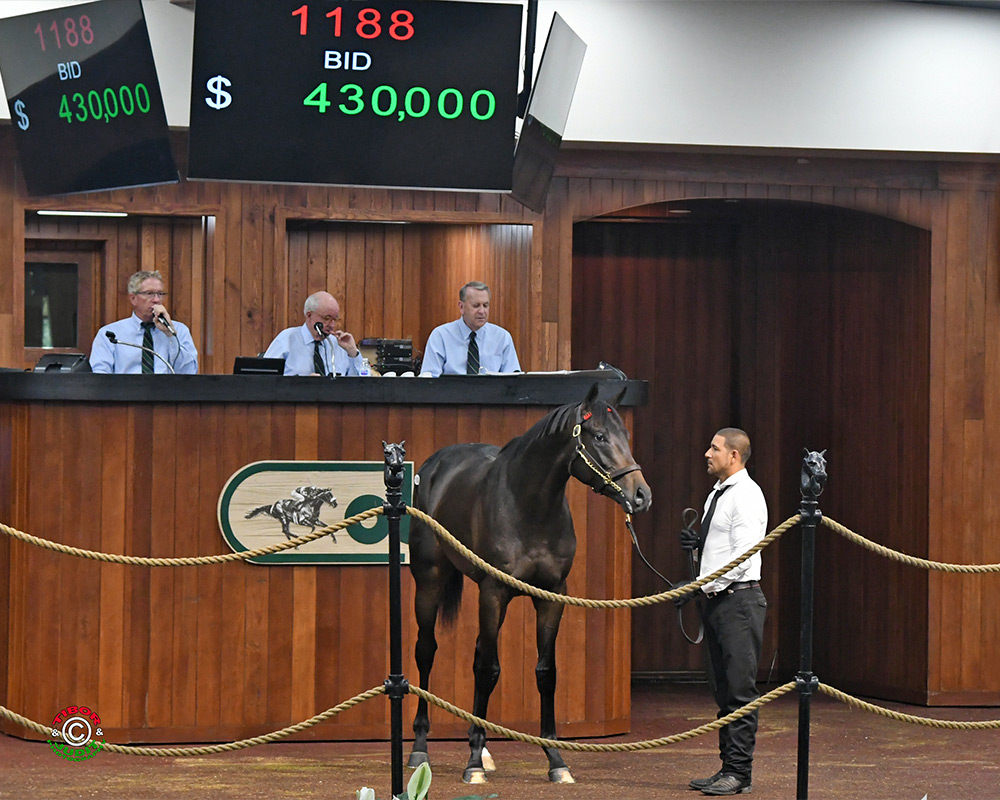 Consigned by Eddie Woods, agent, as Hip No. 1188, the colt is out of the Bob and John mare Ebony Oro. He was bought by Nicholas Bachalard, who signed the ticket as J. A. S.

The colt was originally purchased as a yearling for $45,000 at the Fasig-Tipton July sale under Woods’ Quarter Pole Enterprises.

Bred by Ellen B. Kill Kelley, he breezed two furlongs prior to the sale in :21 1/5. The colt hails from the family of stakes winners American Century (by Pioneering) and Energized (by Defrere).

“He’s a good mover and has good shape to him,” said Woods, who broke the colt at his training center in Ocala, Fla. “He’s a good-natured horse.”

Lea’s other six-figure offspring at the OBS April Sale are below: