In her first attempt at Grade 1 company, Fault proved she was more than up to the task. The 4-year-old Blame ran away from the field and posted a 6 ½ length win in the Santa Margarita Stakes (G1) at Santa Anita. 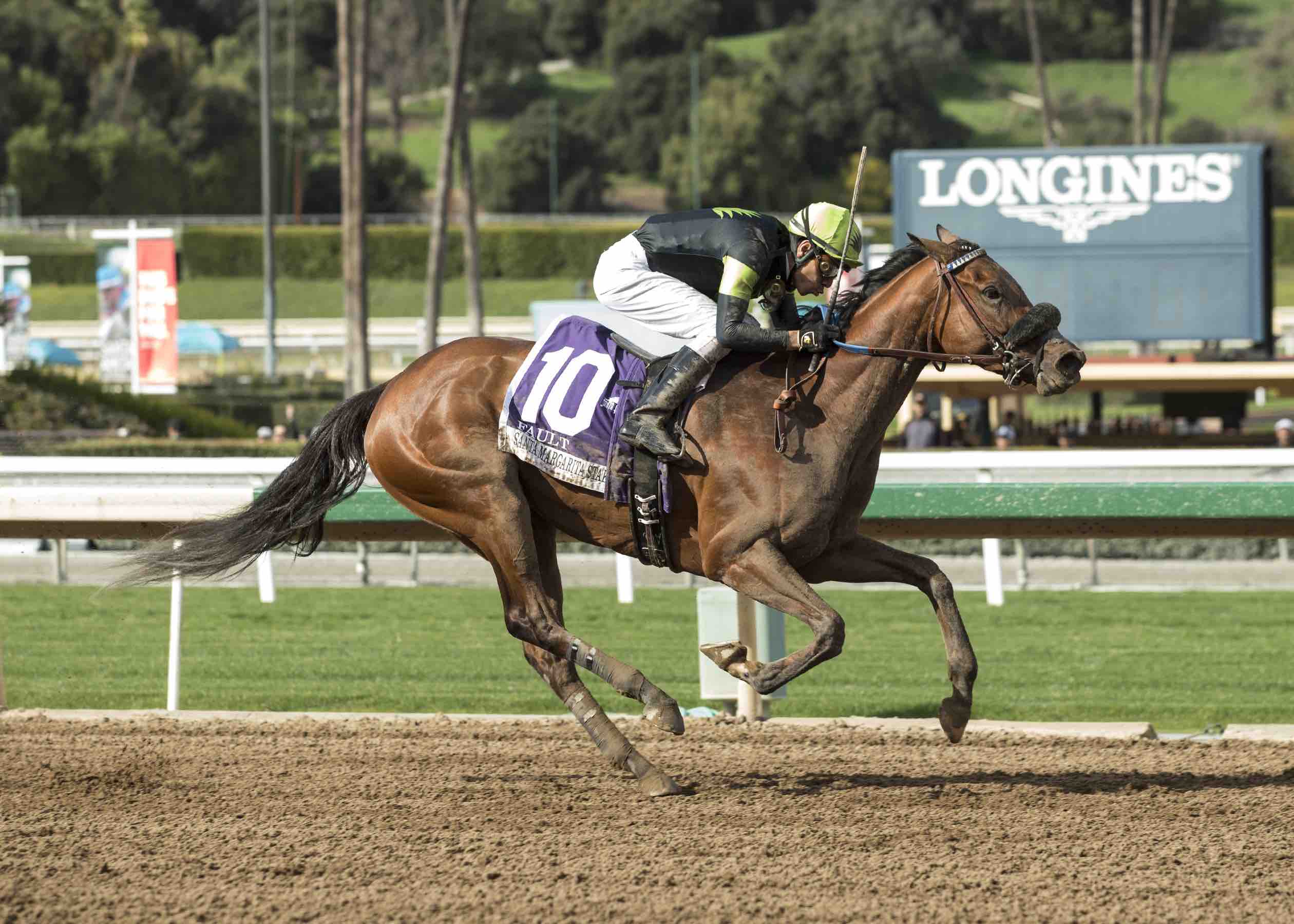 Equally impressive is the fact that the multiple graded stakes winner was known for her talent on the turf, but she was unproven on dirt until she romped to victory. With Geovanni Franco in the irons, Fault completed the mile and one eighth in 1:50.58. It was the first Grade 1 score for both of them.

“A lot of jockeys dream to win a Grade 1, this means a lot,” said Franco.  “We knew we have a nice filly, and I was just hoping she would run good on the dirt. Coming into the far turn, I had a lot of filly, and when I asked her to run, I didn’t want to get her stopped. It’s a great feeling.”

In February, Fault won the Buena Vista Stakes (G2) going a mile on the turf, meaning she is a perfect two-for-two in 2018 for trainer Phil D’Amato.

“We’ll take a step back, knowing she can run on both surfaces now, which makes her more dangerous,” said D’Amato. “This was a very impressive Grade 1 win and it helps her out tremendously down the road (as a broodmare).”

D’Amato trains the versatile filly for Agave Racing Stable and Little Red feather Racing. Last year, Fault notched her first graded stakes score in the Pucker Up Stakes (G3) at Arlington, but was transferred out west for her 4-year-old season.

“Mark (Martinez of Agave) sent me about a six page doctorate about how she can run on dirt and how she can run on turf, and how he thought she’s only going to get better,” said Billy Koch of Little Red Feather Racing. “He said he thought Phil could do a great job with her. I said, ‘yes.’ The second she came out here, she was doing everything right. She trains so well, is so healthy and happy, and you can see it.”

Fault was bred by Claiborne out of the stakes-winning Horse Chestnut mare Charming N Lovable.

Blame is already the sire of 10 black type horses in 2018, putting him behind only Tapit. His other stakes performers this year include additional graded stakes winner Maraud. Represented by 17 stakes horses in 2017, including French Classic winner Senga, Blame stands for $12,500 at Claiborne.