DEMARCHELIER (GB)’s sireline had a big day in Dubai on Saturday when Dubawi (Ire) and his grandson Make Believe (GB) sired the winners of three of the eight Thoroughbred group races on the card. 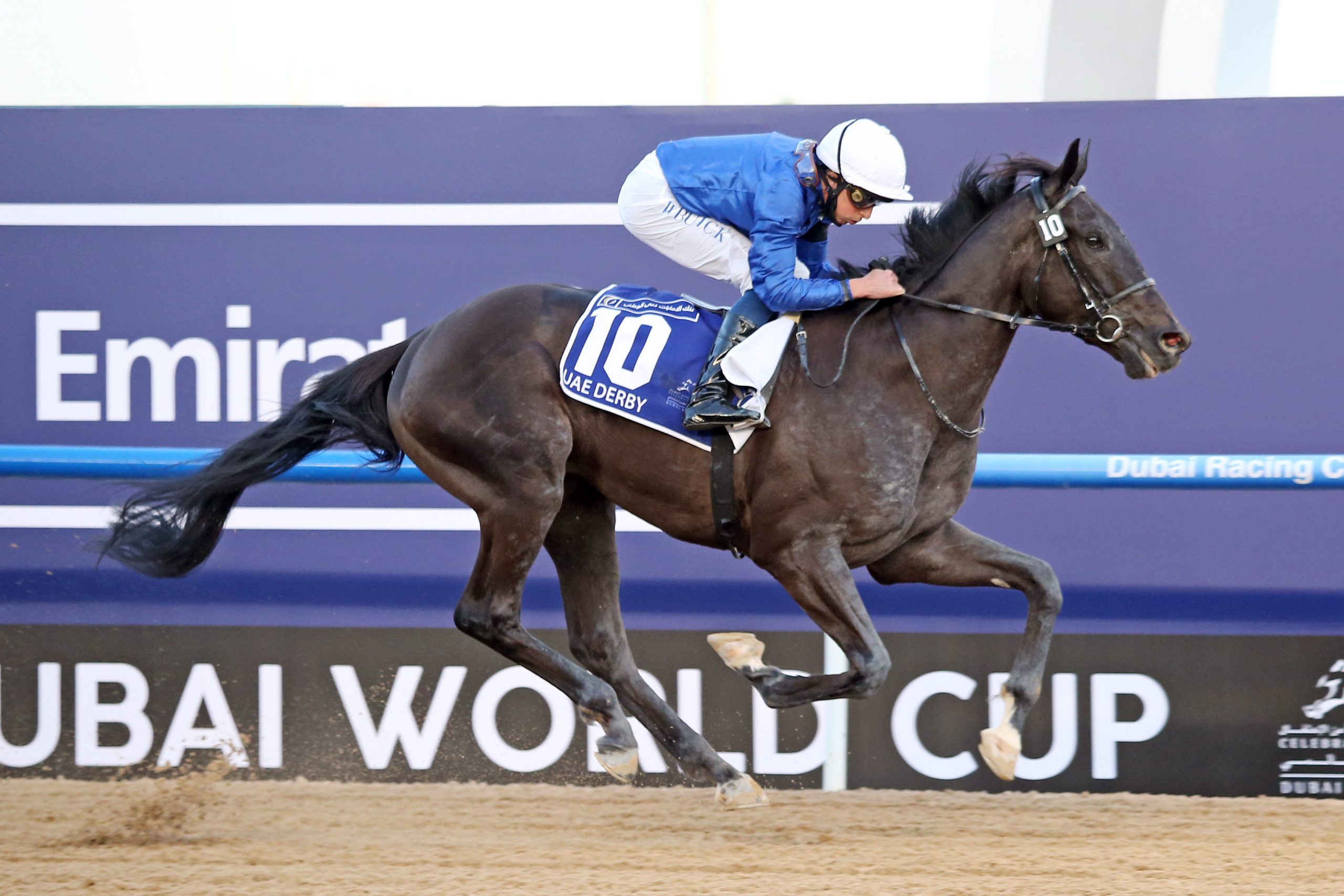 Just like DEMARCHELIER (GB), Rebel’s Romance (Ire) sees plenty of turf success throughout his own pedigree, showing that a primarily turf female family isn’t a deterrent to dirt success for runners sired by Dubawi (Ire) and sons.

The success continued in the two biggest turf races of the night when Lord North (Ire) won his second career Group 1 in the Dubai Turf (G1).

Nearly last early on, Lord North (Ire) settled into the back of the pack four paths off the rail as he galloped comfortably around Meydan. The gelding showed his best in the final two furlongs to give Dubawi (Ire) another open length winner when pulling away by a widening three lengths.

Also proving to be a sire- and grandsire-of-sires, the siring of top level racehorses doesn’t just stop with Dubawi (Ire).

His sons and grandsons continue to prove they also have dual-surface siring talent with Make Believe (GB)’s Mishriff (Ire) taking out the G1 Dubai Sheema Classic (G1). A horse who has won top races on both surfaces, Mishriff (Ire) was coming into this race after an impressive win on dirt against some of the top U.S. dirt horses in the $20 Million Saudi Cup.

Also a French classic winner on the grass, Mishriff (Ire) secured his second Group 1 victory by a neck when beating multiple Group 1 winners in the Dubai Sheema Classic (G1).

Finishing in the top two in both his dirt starts with a second in last year’s Saudi Derby as well, Mishriff (Ire) has something in common with DEMARCHELIER (GB) – he too comes from one of the best families in the world on turf. In fact, just like DEMARCHELIER (GB)’s family, none of the other stakes winners or placers on the page earned their blacktype on the dirt.

Standing for just $5,000 this year, all signs pointing toward DEMARCHELIER (GB) becoming a top sire on both surfaces get brighter and brighter with every weekend.