Claiborne stallions Algorithms, Blame, Flatter, and Orb made a splash at the OBS March 2-year-olds in training sale, with several of their juvenile runners bringing impressive, six-figure prices. 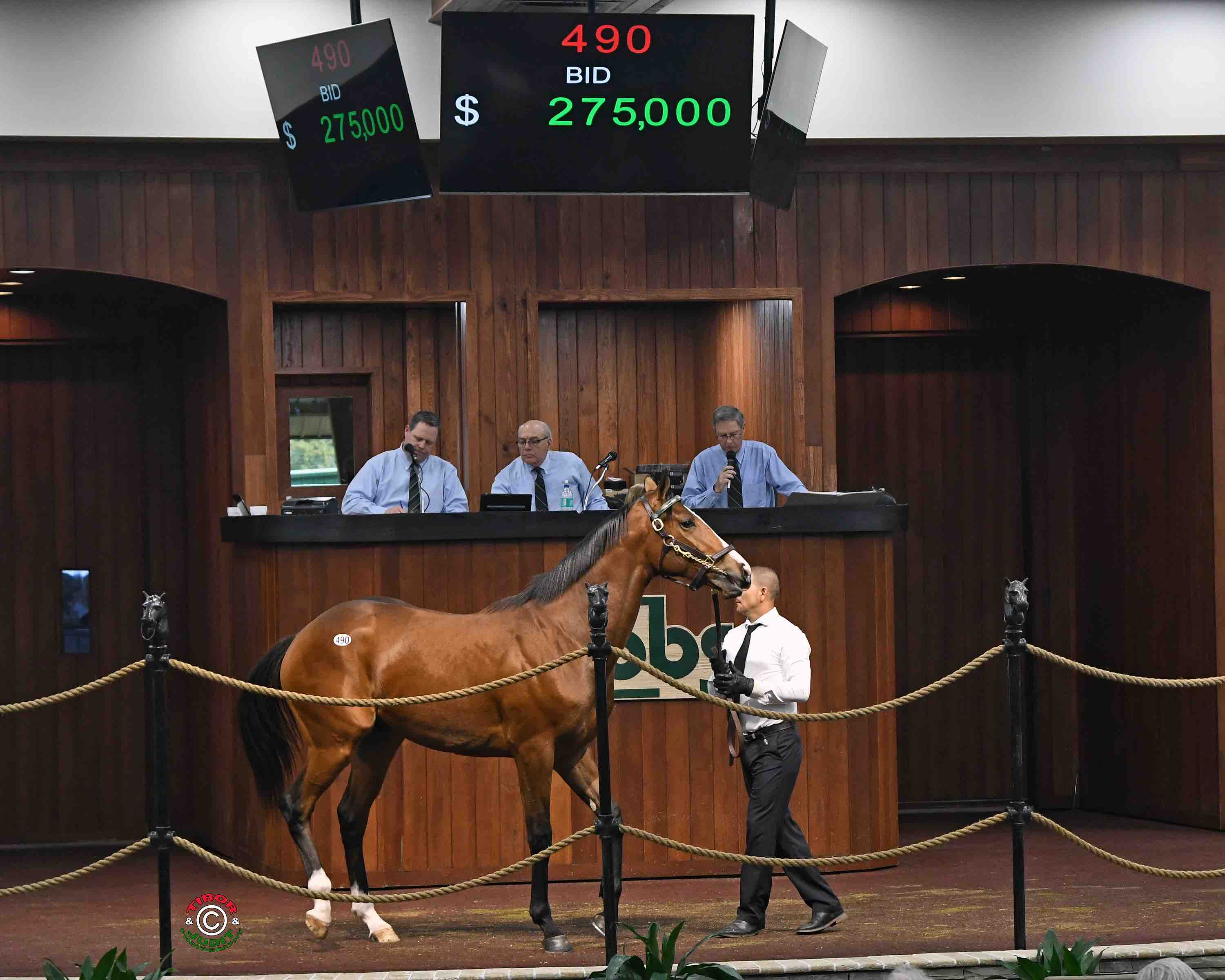 Algorithms’ juvenile son out of the War Front mare Speedy War breezed two furlongs in :21.1 and was hammered down for $275,000. A half-brother to stakes winner Stifling, he was consigned by Ciaran Dunne’s Wavertree Stables and bought by Patricia’s Hope LLC.

Algorithms, an undefeated graded stakes winner by Bernardini, ranks among the leading active sires by percentage of winners/starters lifetime. He stands for $5,000 at Claiborne.

Flatter had three 2-year-olds sell for six figures, the most expensive of which was a $250,000 filly out of Maxinkuckee Miss. That filly that breezed a furlong in :10.2 and was bought by Z. Madden, agent, for Loooch Racing.

Orb also had a juvenile sell for $250,000. His daughter out of the mare Rebalite breezed a furlong in :10 flat, after which she was purchased by Deuce Greathouse, agent, for S B M Training and Sales, agent.

Blame, an Eclipse champion and three-time G1 winner, had a filly sell for $100,000. The first offspring out of the Malibu Moon mare Nothing to Wear, the filly breezed one furlong in :10.2. She was bought by J S Company from Gene Recio, agent.

Blame, who ranks #2 of his crop by lifetime graded stakes horses, stands for $30,000 at Claiborne.