Racing as a homebred for Claiborne Farm and Adele Dilschneider, Mucho proved too much for his competition, as he easily broke his maiden at Saratoga and was named a ‘TDN Rising Star’ for his efforts. The result was never in doubt for the Blame colt, as he romped to a 9 ¾ length victory. 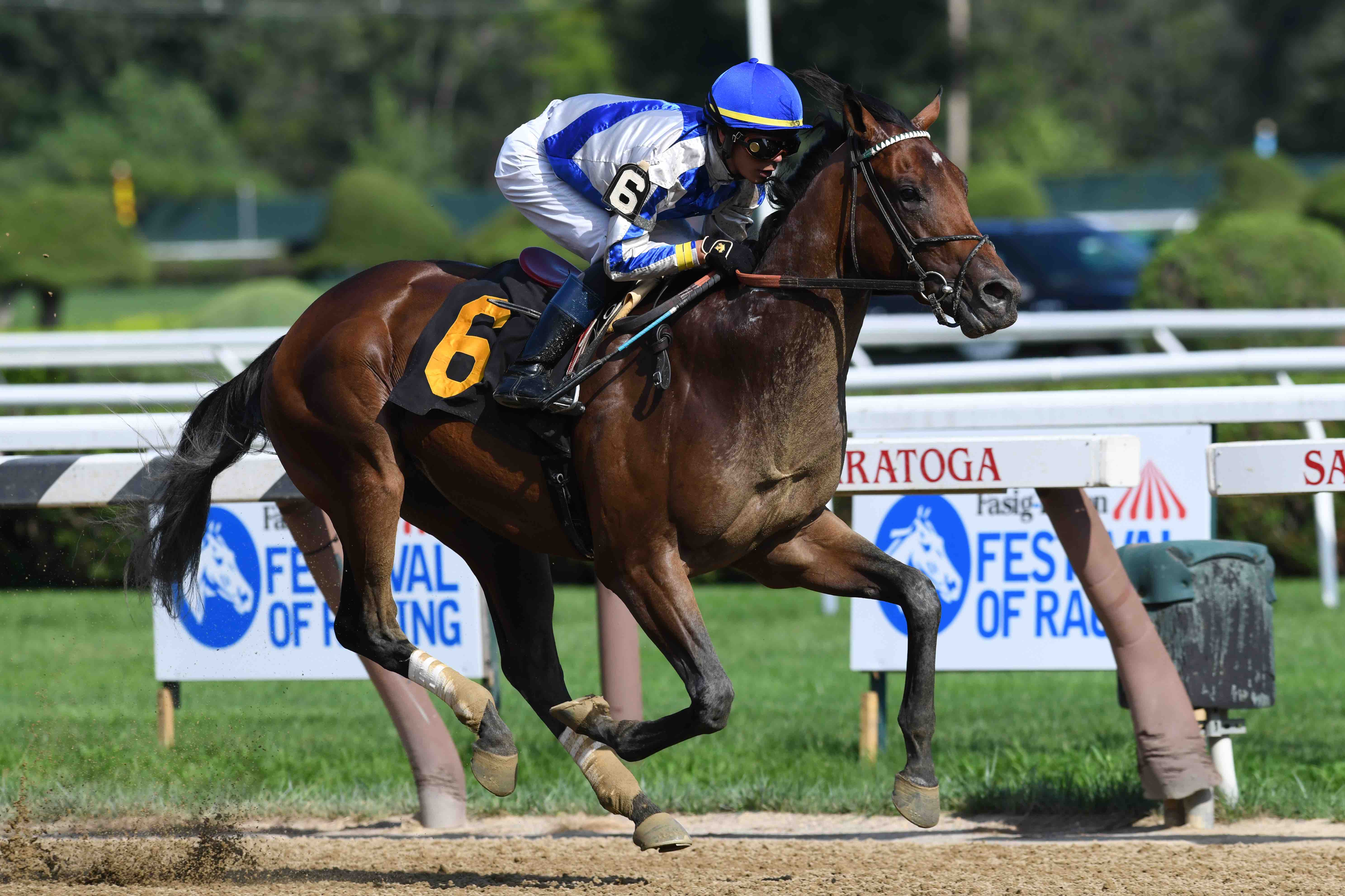 Ridden by Jose Ortiz, Mucho was content to track the leaders early on. The 2-year-old colt, who was making just his second career start, then went three-wide through the turn and took command nearing the quarter pole before opening up daylight on his competition. He is trained by Bill Mott.

Mucho, a product of Claiborne/ Dilschneider breeding through and through, is out of the winning Pulpit mare Extent, who also raced as a homebred for Claiborne and Dilschneider and was trained by Mott. In addition to Mucho, Extent is also the dam of graded stakes winner Size, who is by First Samurai.