Andrew Stone’s Mrs. Sippy made her North American debut a winning one in Saturday’s Grade 2, $250,000 Glens Falls, a 1 3/8-mile inner turf route for fillies and mares 3-years-old and up at Saratoga Race Course. 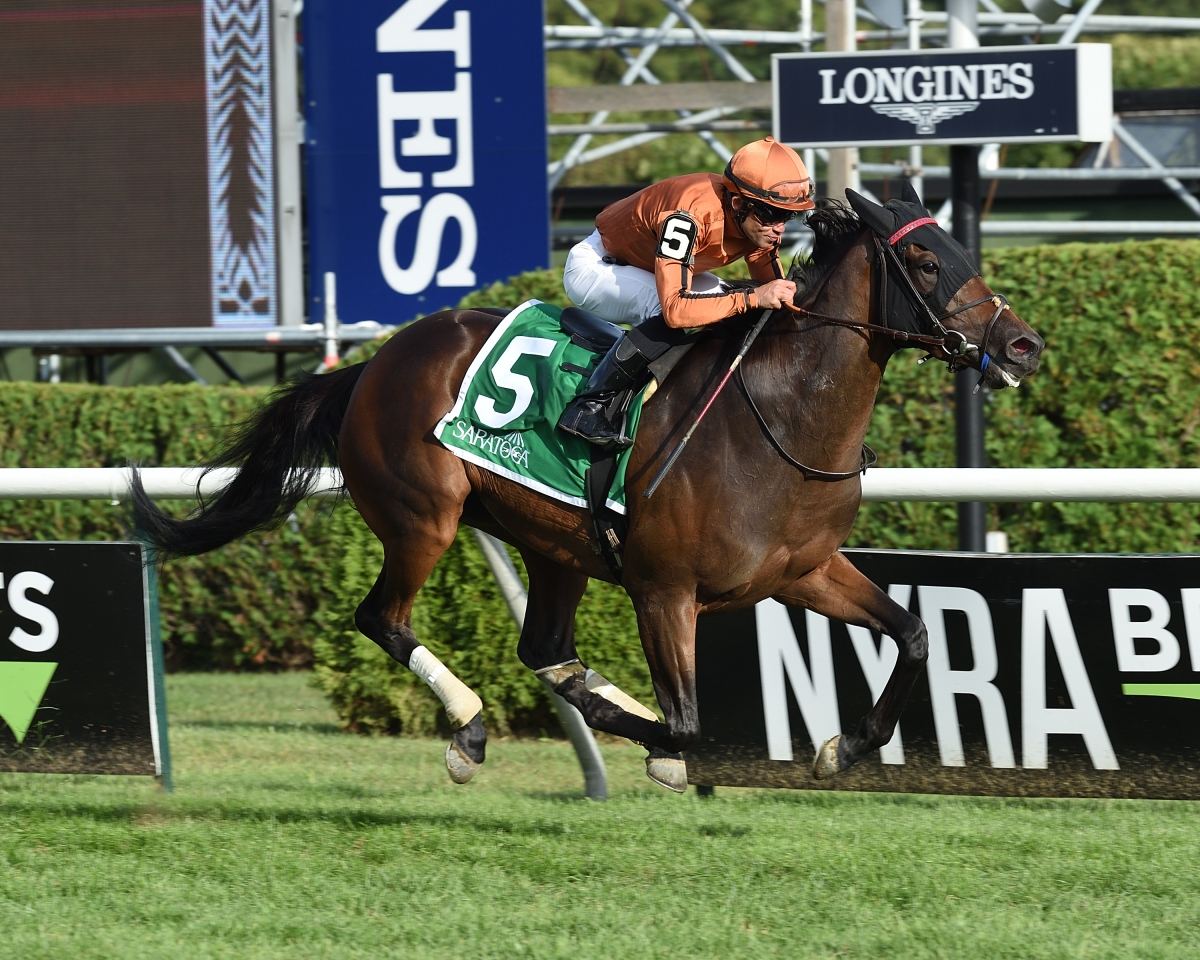 By Claiborne stallion Blame, trained by Graham Motion, the 4-year-old bay filly launched her career in England under the tutelage of David Simcock, winning two of nine starts along with a good second in the Group 3 Princess Royal Nayef at Newmarket in September.

Sent to post at odds of 6-1 in the Glens Falls under jockey Joel Rosario, Mrs. Sippy settled at the back of the pack as defending champion Lady Montdore led the field through a half-mile in 49.80 seconds and three-quarters in 1:15.13 over the firm turf with recent Grade 3 Waya winner Fools Gold tracking in second.

Rosario urged Mrs. Sippy up the rail into the final turn as Santa Monica, the 8-5 mutuel favorite, rallied wide under Jose Ortiz. Lady Montdore kicked on strong at the top of the lane and battled briefly with Santa Monica before Rosario angled Mrs. Sippy off the rail to split the front-runners en route to a three-quarter length win in a final time of 2:13.62.