Blame’s 3-year-old daughter Blamed notched her first graded stakes win in impressive gate-to-wire fashion when she outlasted a late-charging Remedy in deep stretch to score by three quarters of a length in the G3 Comely Stakes at Aqueduct Racetrack on Nov. 23. 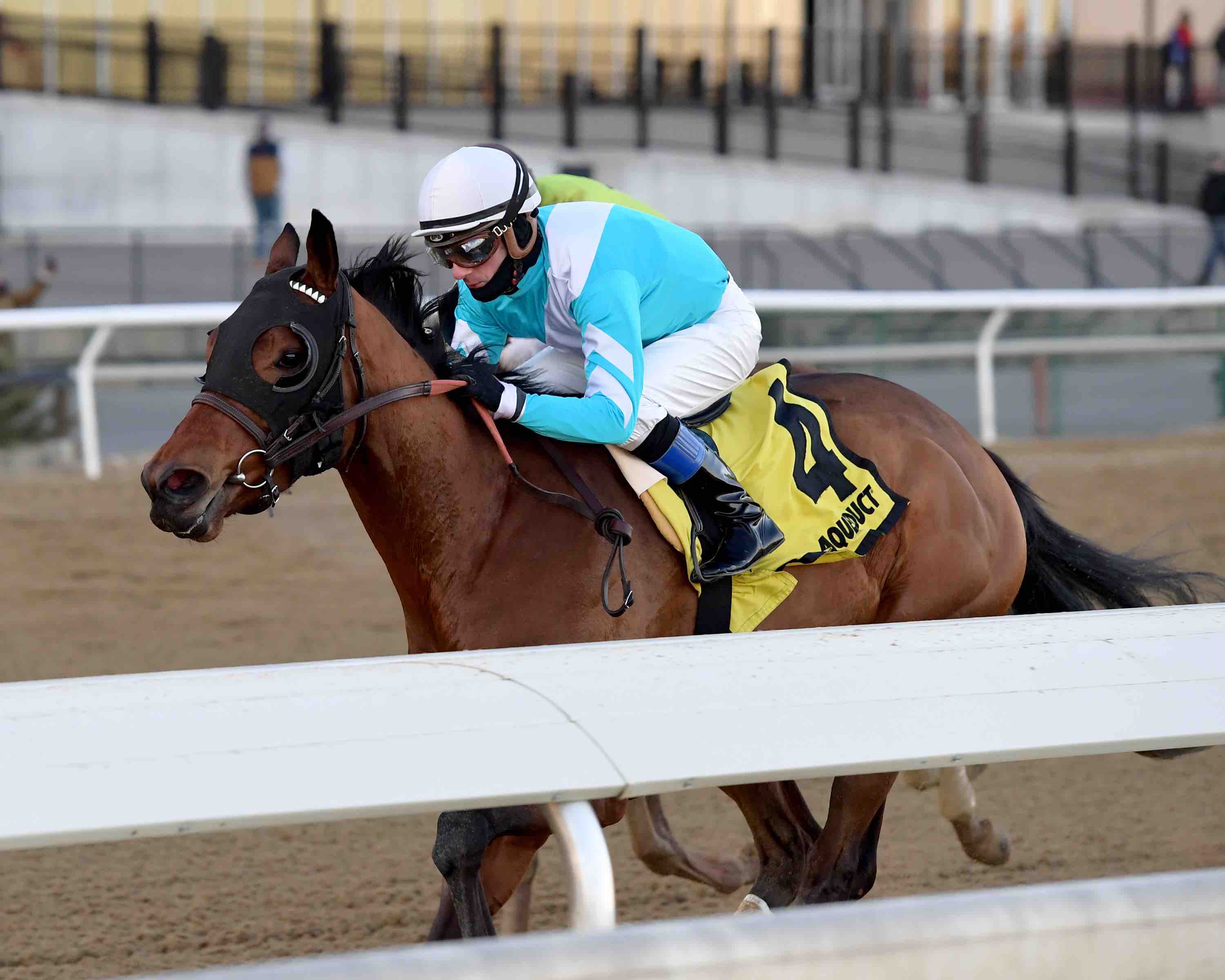 Trained by Bill Mott for Cleber Massey, Blamed was guided by jockey Julien Leparoux. The pair completed 1 1/8-mile race in a final time of 1:51.98.

Blamed has won or placed in all eight of her career starts, including victories in this year’s El Paso Times Stakes, Island Fashion Stakes, and Sunland Park Oaks at Sunland Park. She came into the Comely off a runner-up effort in the G2 Lexus Raven Run Stakes at Keeneland Oct. 20. With her most recent victory, Blamed boasts career earnings of more than $400,000.

“I watched her break well,” Mott said of Blamed in the Comely. “I didn’t see what happened with the other speed horse in there (Remedy) outside at the break. I saw she (Remedy) was further back and it looked like we were going relatively easy on the front end. Of course, you never know going a mile and an eighth for the first time in her life. She got the job done.”

Blame, an Eclipse champion and three-time G1 winner, is represented by 13 stakes winners in 2018, including G1 winners Fault and Marley’s Freedom. Currently ranked second in his crop by lifetime graded stakes horses behind Quality Road, Blamed will stand the 2019 season at Claiborne for $30,000.