Beyond Blame became the latest graded stakes winner for her sire with her determined victory in the Regret Stakes (G3) at Churchill Downs. The 3-year-old Blame filly rallied at the top of the stretch and held off Go Noni Go and Heavenly Love to capture the $100,000 contest. 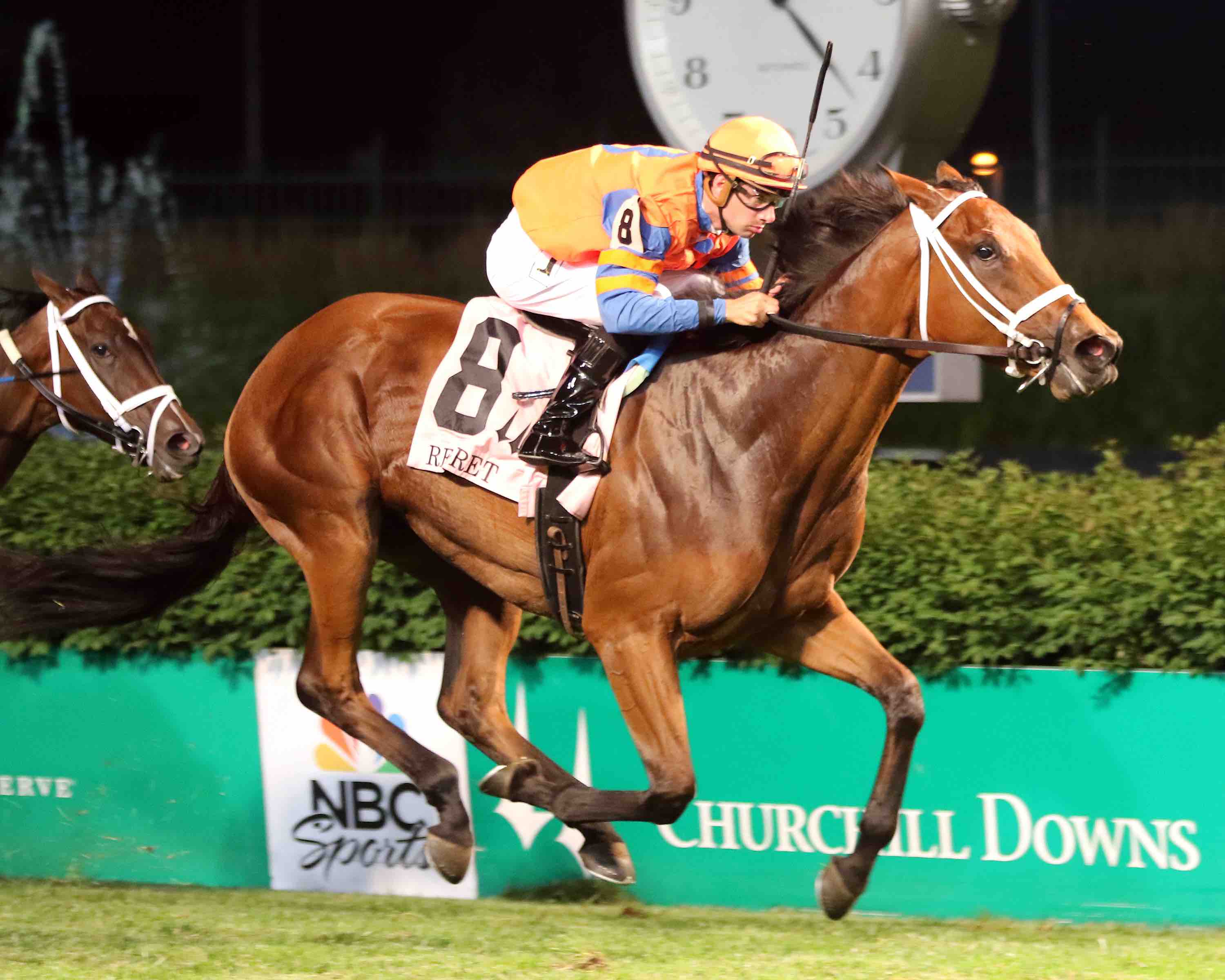 Ridden by Florent Geroux, Beyond Blame completed the 1 1/8-mile race over a firm turf course in 1:48.94.

“It’s great to be able to perform at the top level on a big Saturday like this,” Geroux said. “She got into some trouble in her last start, but tonight she settled nicely into the first turn and was able to relax just off the speed. She tried really hard down the lane once she took the lead to hold off the other horses. Credit to Brad and his entire team. It’s been a great night.”

Brad Cox trains Beyond Blame, who races as a homebred for Pop-A-Top LLC. The Regret was Beyond Blame’s first graded stakes score, but the consistent filly has been first or second in five of her six starts this year.

“If you just simply cross off her last race, she hasn’t run a bad race in her life,” said Cox. “She proved tonight she was very versatile and could have some nice races in her future this summer.”

Beyond Blame is out of the winning Forest Wildcat mare Quippery. Two days before her big win, Blame was represented by Mrs. Sippy, who finished second in the Johnnie Lewis Memorial British Ebf Stakes at Newbury in England.

Blame is the leading sire in North America by percentage of stakes winners from starters in 2018. He is also already the sire of 18 stakes horses this year. Represented by 17 stakes horses in 2017, including French Classic winner Senga, Blame stands for $12,500 at Claiborne.