Blame had another stellar weekend on both coasts, as Miss Kentucky took the Winning Colors Stakes (G3) at Churchill Downs and Marley’s Freedom won the Desert Stormer Stakes (G3) at Santa Anita. 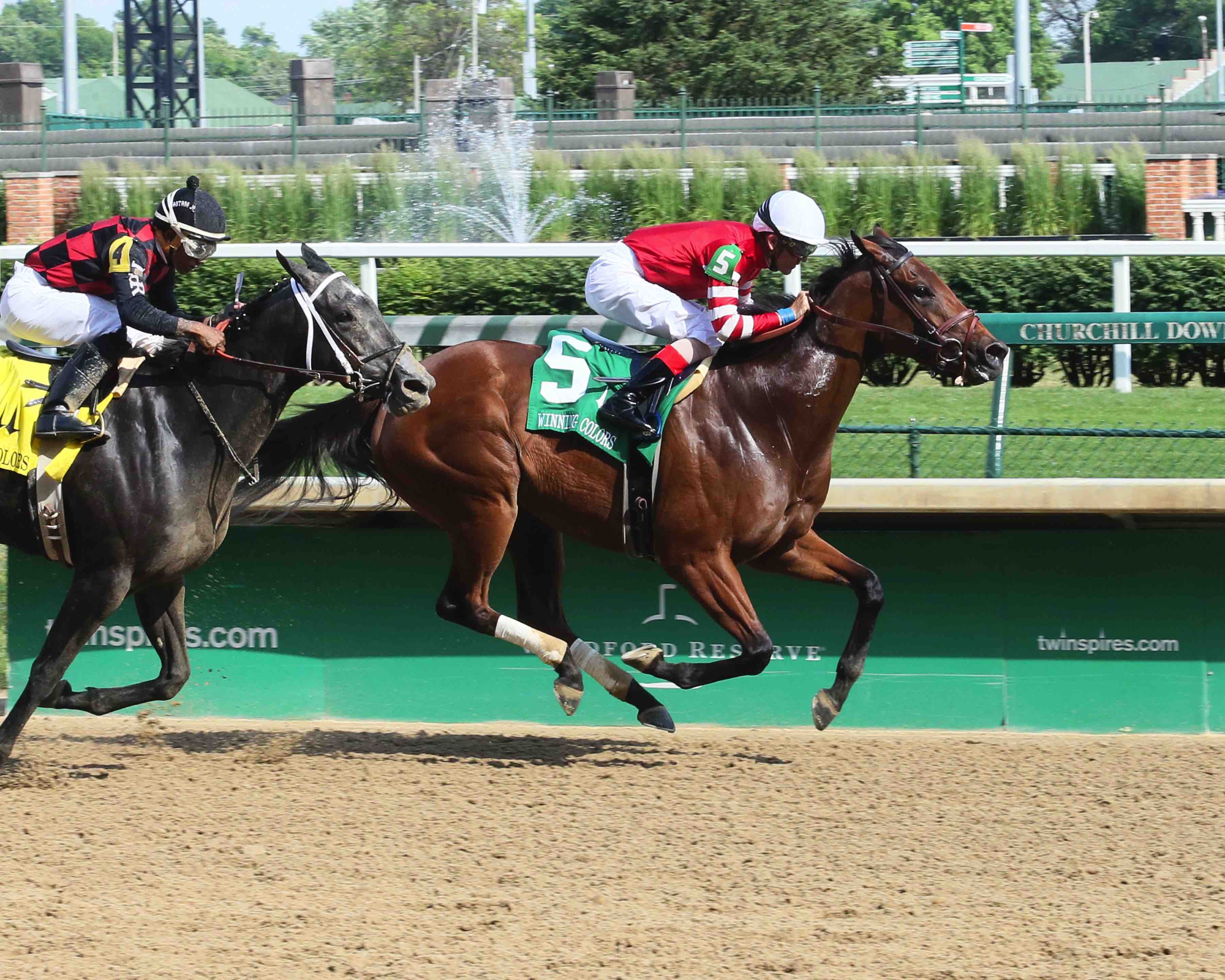 In her first attempt at graded stakes company, Miss Kentucky gamely proved the best as she grabbed the lead on the far turn, put away race favorite Golden Mischief in deep stretch, and then turned back a late surge by Treble to win the Winning Colors by three-quarters of a length.

With Brian Hernandez Jr. in the irons, the 4-year-old Blame filly covered the six furlongs over a fast main track in 1:10.35.

“I wasn’t too worried about the horse on the lead early on,” said Hernandez. “We just ran our type of race. I let her get in a good rhythm on the backstretch, and I think she’s really starting to get good. Once I asked her at the top of the lane she really kicked away nicely.”

Rusty Arnold trains Miss Kentucky, who races as a homebred for Preston Madden. She has won three of her four starts this year.

“I have to give a lot of credit to assistant trainer Jack Bohannon,” said Arnold. “He worked with her a lot, and she’s really improved. Jack worked her here Monday and told me we should keep her home to run in this race instead of shipping out of town. I’m glad it worked out well.”

Miss Kentucky is out of the stakes-winning Distorted Humor mare Champagne Taste.

The next day, Blame was represented by Marley’s Freedom, who was sent off as the race favorite in the Desert Stormer and did not disappoint.

Marley’s Freedom chased off the rail, ranged up three deep on the turn, took the lead into the stretch, and then drew off by a scintillating 7 ¼ lengths. She completed the contest in 1:09.31.

“It felt like I had a ton of horse all the way around there,” said winning jockey Drayden Van Dyke. “This was her best race by far today.”

Now trained by Bob Baffert, the 4-year-old daughter of Blame is owned by Cicero Farms. Purchased for $35,000 at the 2015 Keeneland September yearling sale, Marley’s Freedom has earned $233,435. She is out of the winning Formal Gold mare Relaxing Green.

Blame is tied for the title of leading sire in North America by number of stakes winners in 2018, with nine. He is also already the sire of 17 stakes horses this year, making him the second leading sire by percentage of black type horses, behind only fellow Claiborne stallion War Front. Represented by 17 stakes horses in 2017, including French Classic winner Senga, Blame stands for $12,500 at Claiborne.