Before Sunday, juvenile filly Abscond had only run twice before, winning her maiden at Ellis Park and finishing second in the Bolton Landing Stakes at Saratoga. Now she’s Blame’s newest Grade 1 winner, with a ticket to the Breeders’ Cup. 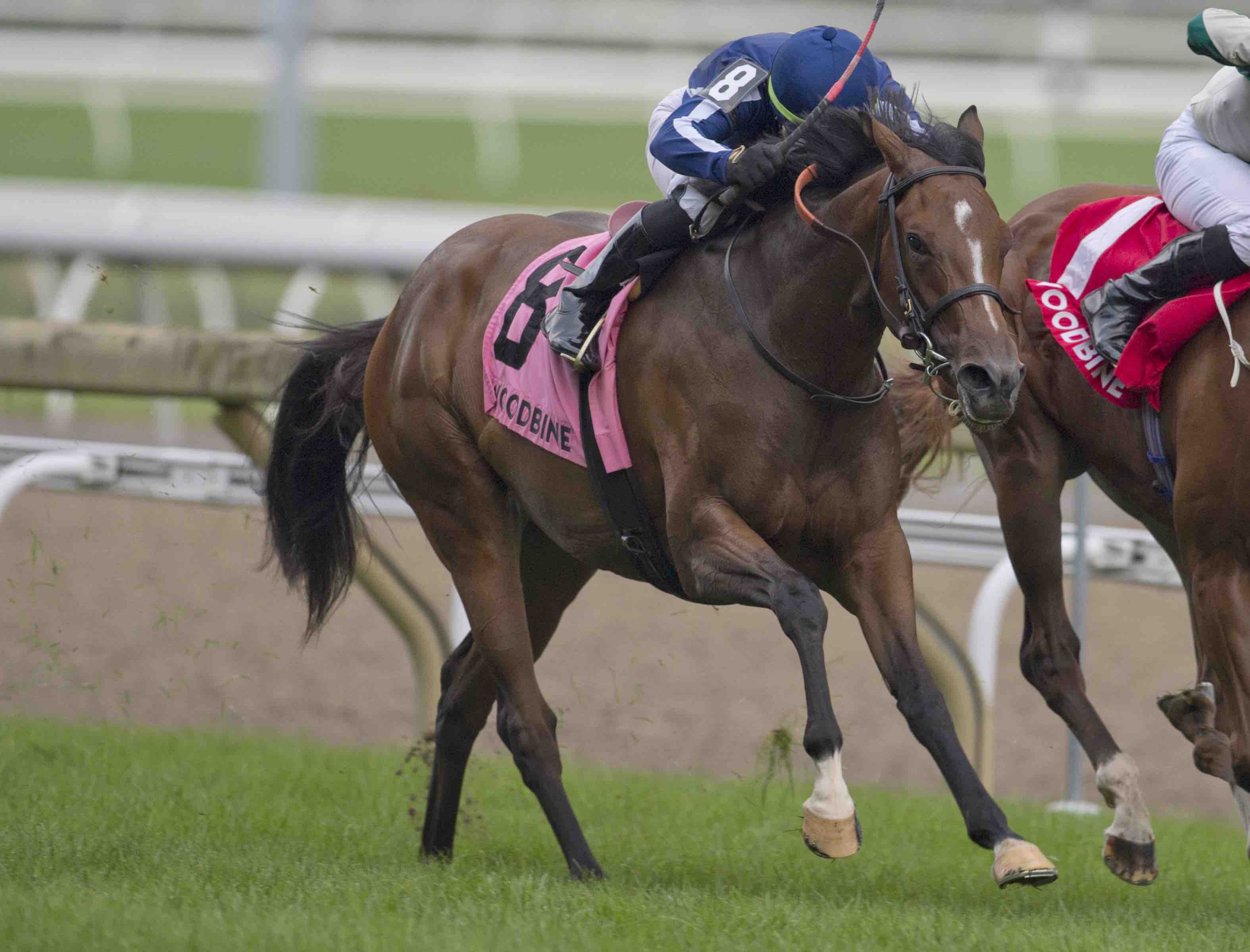 Abscond, battling throughout on the outside, got the bob over a dead game Walk In Marrakesh in the final stride to prevail by a nose in a thrilling conclusion to the Grade 1, $250,000 Natalma Stakes on Sunday at Woodbine Racetrack. Jockey Irad Ortiz Jr. punched the Eddie Kenneally-trained Abscond’s ticket to the Breeders’ Cup Juvenile Fillies Turf with her dramatic performance.

Abscond got the first call after breaking from the outside but was soon joined by Walk In Marrakesh. Taking the express route on the inside, Walk In Marrakesh raced up to join Abscond and held a fractional lead as they went the opening quarter in :23.99 and the half in :48.24 on a course rated “yielding.”

Walk In Marrakesh opened up a length on her dogged pursuer as she reached the six furlongs in 1:12.56, but Abscond was not done yet, and re-rallied to get her nose down on the line, stopping the clock at 1:36.51.

Based in her native state of Kentucky, the daughter of Blame is owned by Apogee Bloodstock and Mike Anderson Racing LLC. The Natalma marked Abscond’s first try beyond 5 ½ furlongs.

“I’m really impressed with her,” said Wheeler. “She’s done everything right since she broke her maiden. Really, we’ve asked a lot of her shipping her up to Saratoga – she handled that great. So we shipped her up here, it looked like a good spot, and she came through.”

Wheeler added that it was too soon to say for sure that a Breeders’ Cup appearance would be in the cards.

“I guess it’s up to Eddie and the owner,” said the assistant. “She’ll tell us, how she comes out of the race. She’ll ship back to Kentucky and we’ll go from there.”