WAR FRONT’s most popular offering at the Fasig-Tipton Saratoga Sale went through the ring late on Tuesday night but still caught the eye when the filly fetched $775,000 from Live Oak Plantation. 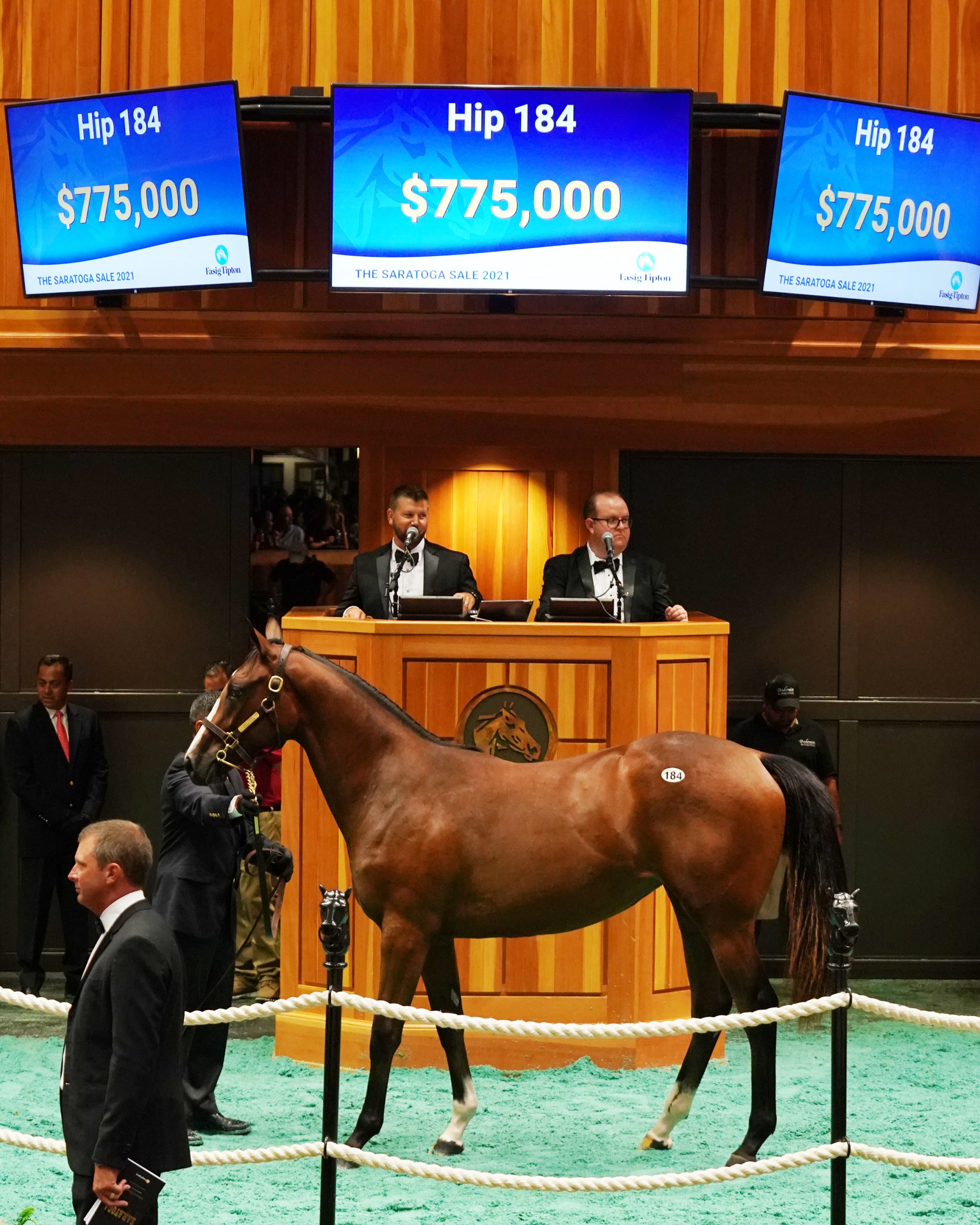 Offered by Bedouin Bloodstock, the full sister to WAR FRONT’s multiple Grade 2 winner and Grade 1-placed Cambodia is also a half-sister to BLAME’s three-time winner Sylphide among her dam’s winners. Sassifaction added a fourth winner after the catalog came out when Anthropology broke her maiden at Ellis Park.

Lonely Fact is also the granddam of BLAME’s Grade 1 winner Abscond, who was a close second in the Nassau Stakes (G2) in late July. The filly’s family also includes Grade 1 winner Varda, who is a granddaughter of one of Lonely Fact’s half-sisters.

MASTERY made waves on Monday night at the Fasig-Tipton Saratoga sale when the stallion’s colt out of Engaged sold for $475,000.

Consigned by Bridie Harrison as agent for Peter E. Blum Thoroughbreds, the colt named Couple is a half-brother to two winners from his dam’s two to race. Couple is a grandson of stakes winner Elope, who saw one of her winners add another victory to their records after the catalog was released.

BLAME only had one go through the ring at the sale and that colt was just what Ben Gowans was looking for when he paid $275,000 to secure the Pennsylvania-bred.

A full brother to BLAME’s Grade 3 winner Daisy, the May-born colt offered by Darby Dan Farm is out of a half-sister to Grade 3 winner Recording. Just like the colt’s dam Lovely Stay, Recording is a stakes producer as the dam of multiple graded stakes winner Smart Bid and stakes winners Representing and Deal Making in addition to two stakes placed runners. Her daughters are also stakes producers with one producing a group that includes Grade 2 winner Anthony’s Cross and another producing Grade 2-placed Starting Over.

Both BLAME and MASTERY have offerings in the Fasig-Tipton New York-Bred Sale early next week, where they are joined by FLATTER and RUNHAPPY for two more busy days of yearling sales.