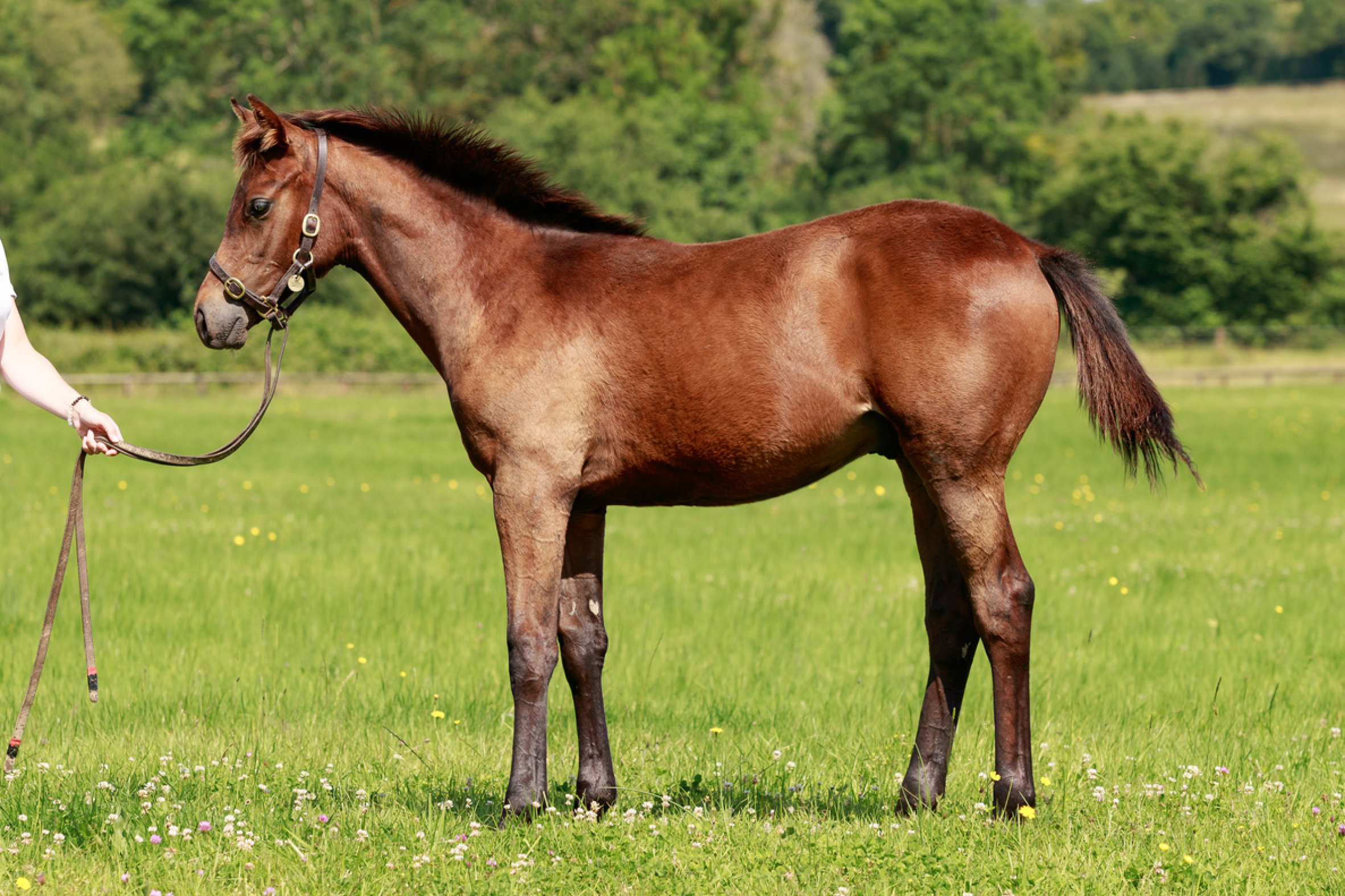 A January-born DEMARCHELIER (GB) foal, this colt is the second out of winner and Group 3 fourth Asterina (GB). Asterina hails from a strong French family as a half-sister to stakes winner and Prix du Moulin de Longchamp (G1) second Akatea (Ire), who was second by just a length in that race and third in a Group 2 one start later. Also a half-sister to Group 3-placed and stakes producer Abilene (GB), Asterina is out of stakes-placed Altamira (GB).

By top stallion Lope de Vega (Ire), Sketches of Spain is one of two winners from three to race out of the U.S. Grade 3-placed Janicellaine (Ire). Janicellaine is a half-sister to two group winners with Breeders’ Cup Juvenile Fillies Turf (G1) and European Champion 2-Year-Old Filly Chriselliam (Ire) leading the duo. The other is a champion in her own right and a three-quarter sister to Sketches of Spain in UAE Champion Very Special (Ire). That Lope de Vega daughter won three Group 2s in Dubai and was second in the Falmouth Stakes (G1) in England as well.

The mare trained by Chad Brown was off the board in just one of her five U.S. starts after racing in France and Italy at two and three. She is out of the winning Blu Air Force mare Star Force (Ity), who is a half-sister to multiple Italian champion Blu Constellation (Ity). The family also includes multiple Group 1 winner and French and Irish champion Oratorio (Ire) among the stakes performers joining Stella di Camelot on the DEMARCHELIER (GB) colt’s page.

A familiar name to U.S. tracks is the stakes winning Thais (Fr), who was twice third at the Grade 1 level in this country and produced a DEMARCHELIER (GB) colt in February. The Rio de la Plata mare ended her career with a fine third in the Flower Bowl Stakes (G1), where she gave Brant the second half of a first and third place finish behind Brant’s Sistercharlie (Ire).

One of the best bred sons of emerging sire-of-sires Dubawi standing anywhere in the world, DEMARCHELIER (GB) is out of a full sister to champions Yesterday (Ire) and Quarter Moon (Ire) among the six stakes performers by Sadler’s Wells and Galileo (Ire) under his legendary second dam Jude (GB).

DEMARCHELIER (GB) just finished his second season at stud for $5,000 with all signs pointing toward the stallion being a top sire on both turf and dirt just like Dubawi.