Gary Barber’s War of Will made early progress on the Kentucky Derby trail when the son of War Front made a bid in the far turn of the G3 LeComte Stakes and drew off to win by a decisive four lengths at Fair Grounds Race Course & Slots Jan. 19. 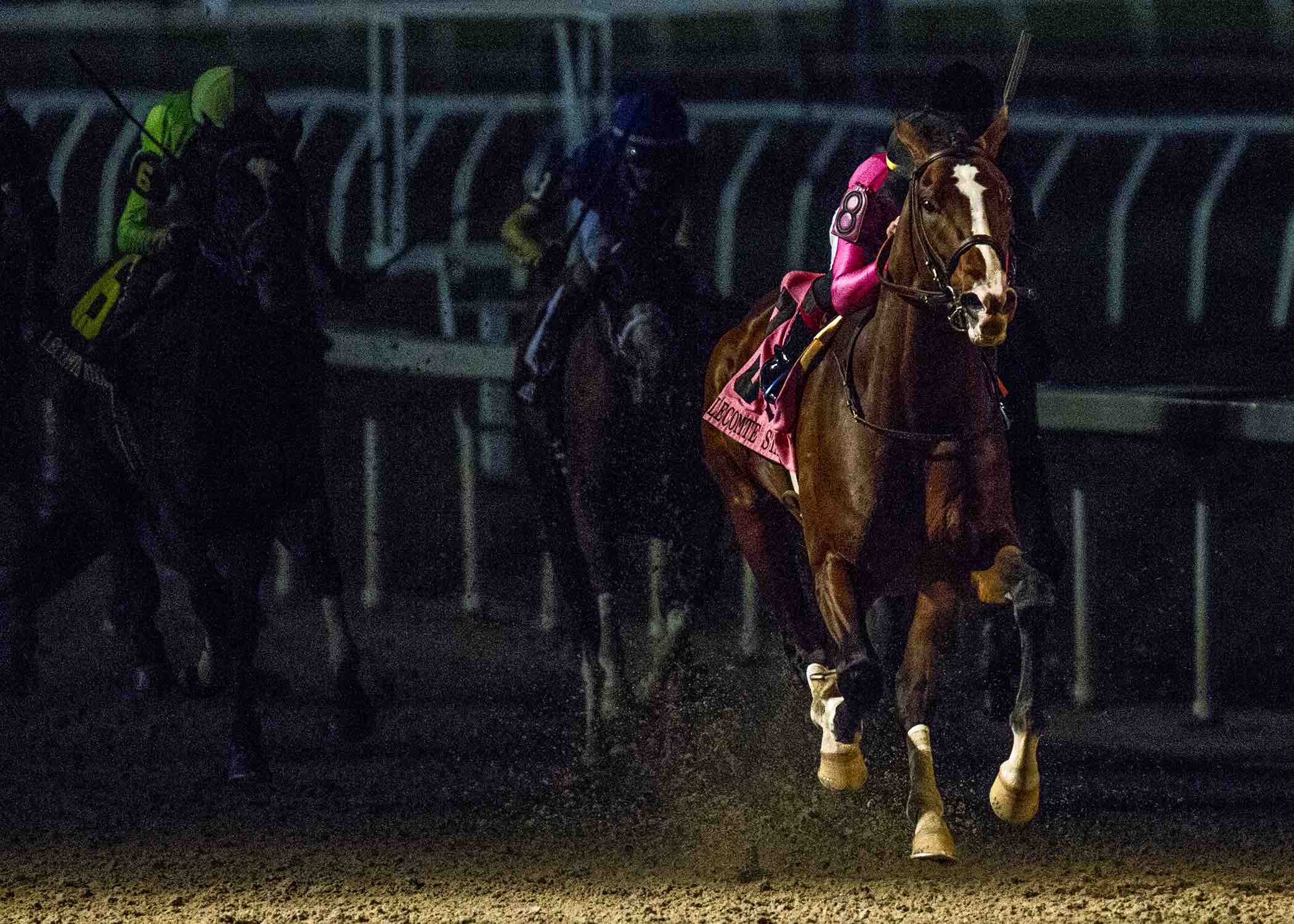 Ridden by Tyler Gaffalione, War of Will covered the one mile and seventy yards in a final time of 1:43.44.

The Lecomte was Gaffalione’s second time aboard War of Will. He guided the horse to a maiden special weight victory at Churchill Downs last time out. Overall, the 3-year-old colt has won or placed in four of six starts, for career earnings of $251,569.

War of Will has been training at Fair Grounds all winter with the Lecomte in mind. Now that he secured a victory in the race and collected 10 points on the Road To The Kentucky Derby. Trainer Mark Casse said the G2 Risen Star Stakes on February 16 will be the next likely spot for him.

“I’ll talk to Gary but it would make the most sense, it’s why we’re here,” Casse said. “We love this place and it’s a great place to get a horse ready. I don’t know that there would be a real reason to leave.”

Casse believes that War of Will could be the horse that makes his Derby dreams a reality.

“This was about a month ago, but I had some friends over and I said ‘We have a big chance to win the Derby this year’,” Casse said. “I don’t usually say things like that, so that tells you what I think of him.”

War of Will is out of the Sadler’s Wells broodmare Visions of Clarity (Ire.) who is a half-sister to 1997 Grade I Breeders’ Cup Mile winner Spinning World. She also produced Irish Group 1 winner Pathfork as well as two-time dirt marathon stakes winner Tacticus.

War of Will was purchased by Casse’s brother Justin for $298,550 from the Arqana May Two-Year-Old Breeze Up Sale in France, where he was consigned by Oak Tree Farm. He was bred in Kentucky by Flaxman Holdings.

War of Will is the first stakes winner of 2019 for War Front, a top international sire of eight champions and 10 millionaires. War Front is the #1 sire by percentage of lifetime graded stakes winners, and was ranked the #1 covering sire in 2018. His 35 stakes horses last year included G1 winners U S Navy Flag, Lancaster Bomber, Fog of War, and Homesman. War Front will stand the 2019 season for $250,000 at Claiborne.