War Front gained his first United States-based classic winner when his son War of Will captured the Preakness Stakes (G1) by 1 ¼ lengths over the late-running Everfast at Pimlico Race Course May 18. 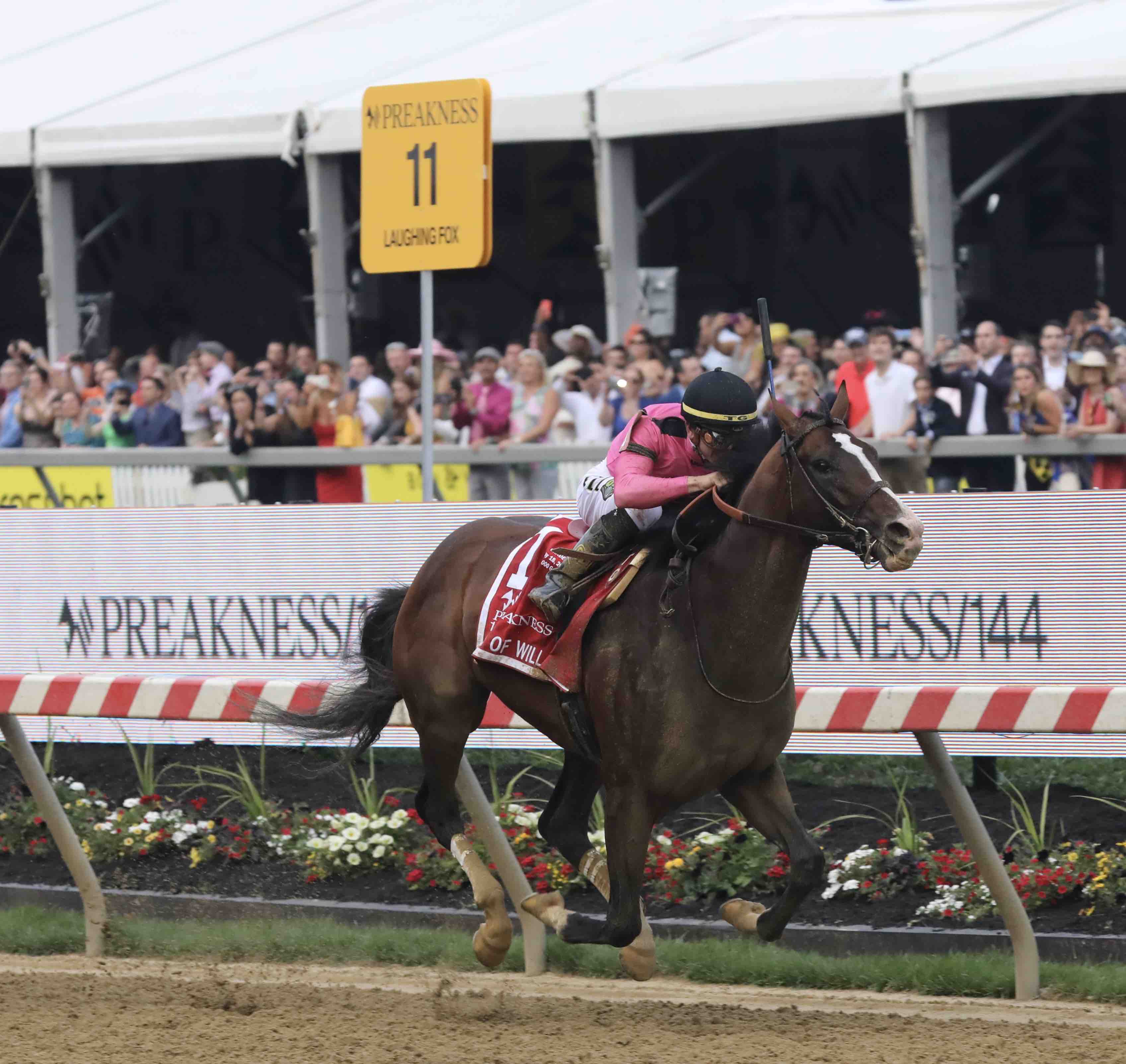 Owned by Gary Barber, War of Will exited his victory over in good order and will run in the Belmont Stakes (G1) June 8 at Belmont Park if the colt continues to show all the right signs, trainer Mark Casse said the morning of May 19.

“I would say there’s an extremely good shot he’ll be there,” Casse said of the 1 ½-mile third leg of the Triple Crown. “Now it’s just a matter of him saying he doesn’t want to go, that would be if he was lethargic or something in training.

“There are only three Triple Crown races; they’re pretty important. I think if you can do it, you should do it,” he added. “The Belmont is the Belmont. It’s the third leg of the Triple Crown. Who doesn’t want to win it?”

War of Will, who gave Casse, Barber and jockey Tyler Gaffalione their first victories in a Triple Crown race, could be the only horse to run in all three spring classics for 3-year-olds. War of Will finished eighth and was moved up to seventh in the G1 Kentucky Derby upon the disqualification of Maximum Security to 17th that awarded the victory to second-place finisher Country House.

“It would just show he’s tough and able to overcome things,” Casse said of War of Will should he compete in all three Triple Crown races. “We saw yesterday that the Derby was very, very trying. I was worried about that with him. He was a little foot sore afterwards.

“The pace was extremely hot (in the Preakness) and you saw two deep closers come (to be second and third). I didn’t realize how deep. They were behind Bodexpress, (who continued to run after unseating jockey John Velazquez at the start). For our horse to continue, he was pretty close to the pace and it was hot,” he added. “I liked the fact that after the race, when they were galloping out, he took off again. He was not going to let them go by.

“I didn’t even let that bother me about the Derby horse (Maximum Security or adjudged winner Country House) not being here and this and that,” Casse continued. “It’s the Preakness. And we can now say we won it.”

Plans call for War of Will to be shipped to Keeneland, where Casse’s division is overseen by assistant trainer David Carroll, who also had War of Will last winter at Fair Grounds.

War of Will previously won the Fair Grounds’ Lecomte (G3) and Risen Star (G2). The colt has now has earned $1,491,569 off a 4-1-1 record in 10 starts. Out of the Sadler’s Wells mare Visions of Clarity, he was bred in Kentucky by Flaxman Holdings Limited.

War Front is a top international sire of eight champions and 12 millionaires, and is ranked the #1 sire by percentage of graded stakes winners lifetime. Among his other top runners this year are Arkansas Derby (G1) and Rebel Stakes (G2) winner Omaha Beach. War Front stands for $250,000 at Claiborne.