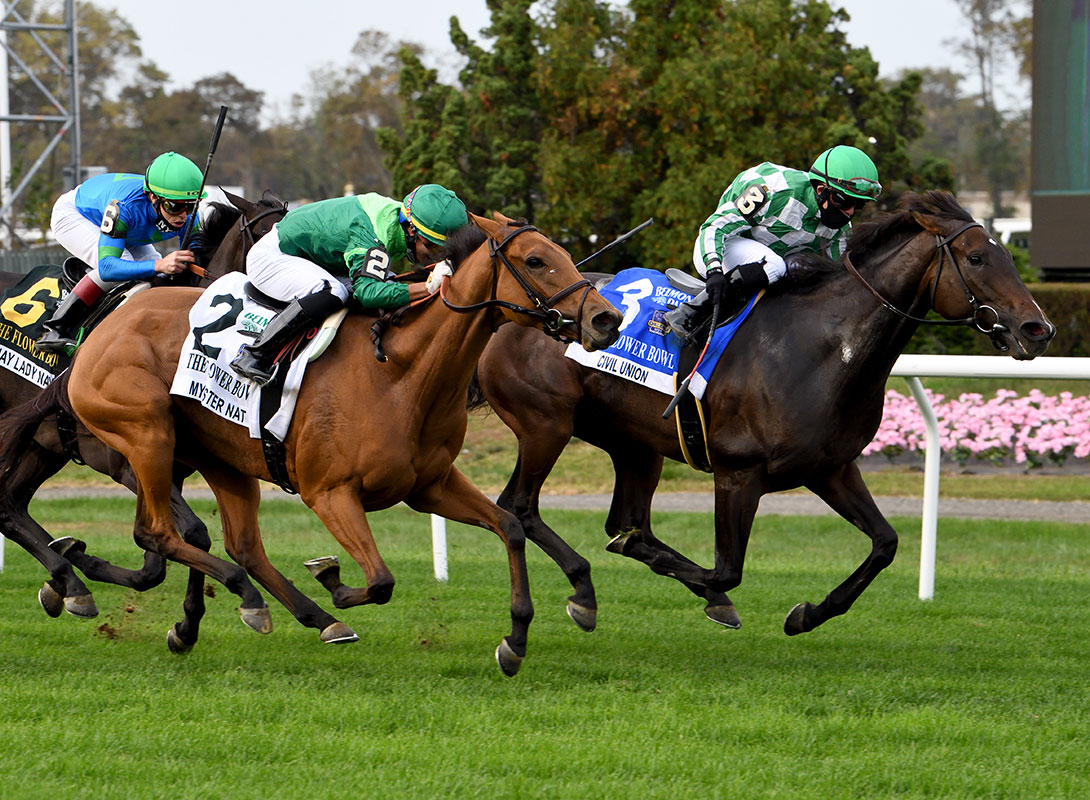 Out of the gate, Joel Rosario allowed Civil Union to settle near the back of the talent-packed field of seven, which included multiple graded stakes winner My Sister Nat (Fr) and Nay Lady Nay, plus two-time G1 winner Cambier Parc.

The daughter of WAR FRONT was stuck in traffic entering the final 2 1/2 furlongs, but accelerated three off the inside once fighting for a seam. It was a gritty battle to the wire against some of the toughest in the game, but Civil Union’s stride was uncatchable. The filly crossed the wire in a final time of 2:01.28 in the one and a quarter mile test on the grass earning a career best 97 Beyer Speedfigure.

“When she started off this winter in Florida, I never imagined that she would be a Grade 1 winner,” the Hall of Fame conditioner told the Thoroughbred Daily News. “She’s progressed the right way. It’s fun. She’s a nice mare to train and nice to be around. She ran under some different tactics today on Joel [Rosario’s] part, but that’s why he’s such a great rider. He knows what to do.”

Bred in Kentucky by Joseph Allen, LLC, Civil Union is out of the unraced Unbridled’s Song mare, Photograph, who herself is a daughter of G1 producer Black Speck (Arch). The second dam has produced the earlier-mentioned War Flag, plus G1 winner and champion Lines of Battle (WAR FRONT). The third dam, Andover Way, produced influential sire Dynaformer (Roberto) and the dam of G1SW Offlee Wild (Wild Again).