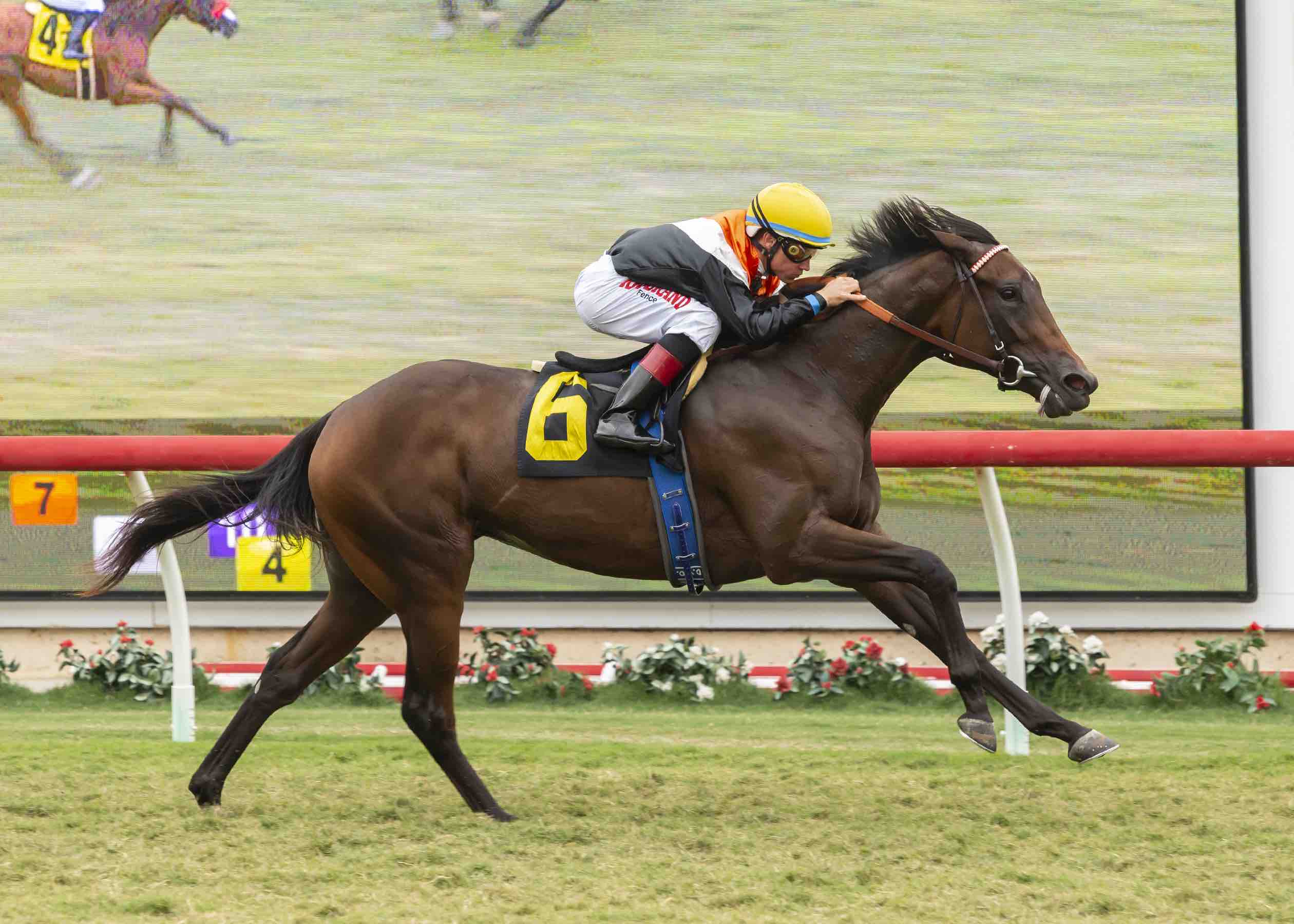 Trained by Tom Proctor for Glen Hill Farm, Summering was named a TDN Rising Star for her sizzling performance. The talented filly was perfectly positioned stalking the pacesetter, moved to the lead in the stretch, and then held on to win by 1 ¼ lengths.

Summering scored her second victory in as many starts and completed the one-mile grass contest in 1:37.15. She now has career earnings of $96,000.

“This is a very special place for our family,” Glen Hill’s Craig Bernick told the TDN. “I think this is my 24th consecutive summer coming out here and the second since my grandfather (Leonard Lavin) passed away. It’s nice to have a filly like this–the fourth generation in the family that we’ve owned–win a stakes in her second start. We’ll go on to Santa Anita and if she wins again we’d consider the GI Breeders’ Cup (Juvenile Fillies Turf), but she’d have to win well. One step at a time.”

War Front had a big Labor Day weekend, with three other stakes horses from Aug. 30-Sept. 3: Dogtag won the $100,000 P.G. Johnson Stakes at Saratoga; On Leave won the $250,000 One Dreamer Stakes at Kentucky Downs; and Cambodia ran second in the G2 John C. Mabee Stakes at Del Mar.

War Front, a top international sire with eight champions and nine millionaires, stands for $250,000 at Claiborne.