U S Navy Flag, a champion son of War Front, added another Group 1 victory to his resume by taking the July Cup Stakes (G1) at Newmarket by 1 ¾ lengths over Brando. Third-place finisher Fleet Review is also by War Front. 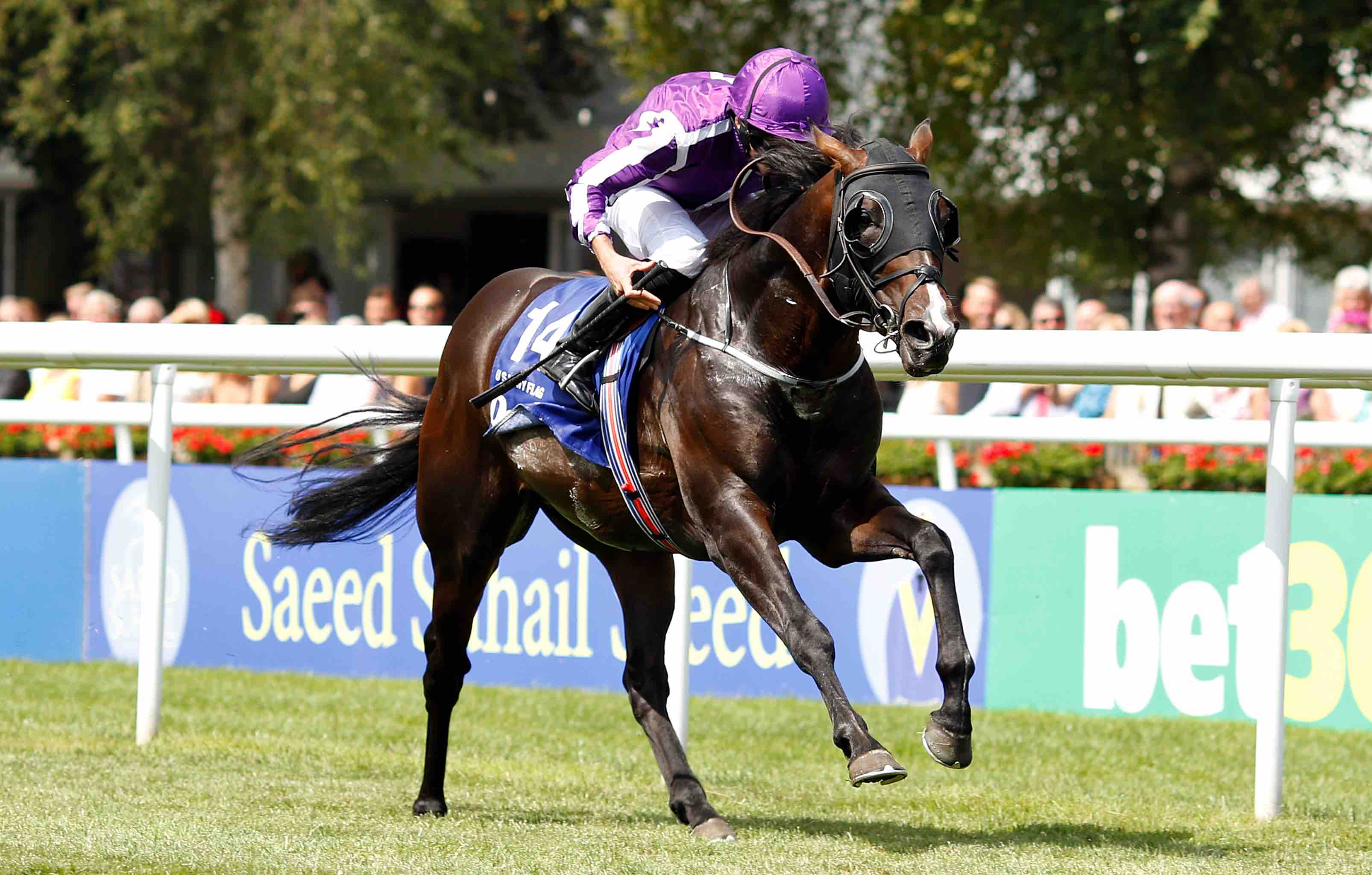 Ryan Moore rode U S Navy Flag to victory. The 3-year-old colt, who races for Coolmore, went to the lead early and couldn’t be caught, as he bested his elders in the six-furlong contest.

“He’s got a lot of natural speed, he’s pure speed, and we didn’t protect him, you know, Ryan gave him a brilliant ride,” said winning trainer Aidan O’Brien. “We knew he was out of a Galileo mare, and one thing he wasn’t going to do when Brando came to challenge was stop, and he didn’t.

“Speed is his biggest attribute, but heart is his next biggest. He never lies down and is an amazing horse. We said we would have to give him a break after this, we’ve been pushing him hard, and he deserves a rest for a while now.”

The July Cup was U S Navy Flag’s third Group 1 win at Newmarket. In 2017, he took the Middle Park Stakes (G1) as well as the Dewhurst Stakes (G1) and was named European champion 2-year-old for his efforts.

“What he did last year was unbelievable,” said O’Brien. “What threw us was that he was able to win a Dewhurst, after setting a strong pace and he nearly won an Irish Guineas, probably the toughest mile any horse can run, and he was absolutely out on his head in the final furlong but still kept trying, so he’s an unbelievable little horse to be doing that.”

After his break, plans call for U S Navy Flag to train for the Everest in Australia, which is the world’s richest turf race.

“Australian racing is very strong, healthy and competitive, so it’s great that we can race through the first half of the year in this country and then go down for the second half of their season,” said O’Brien. “He’s very straightforward, he’s an aggressive horse who will go forward, and if you want to lead him, you would have to go very hard. He’s so genuine.”

U S Navy Flag is out of champion Misty For Me and is a full brother to multiple Group 1 winner Roly Poly.