Dual-surface Grade 1 winner CATHOLIC BOY has been busy welcoming his first foals the Spring of 2021. 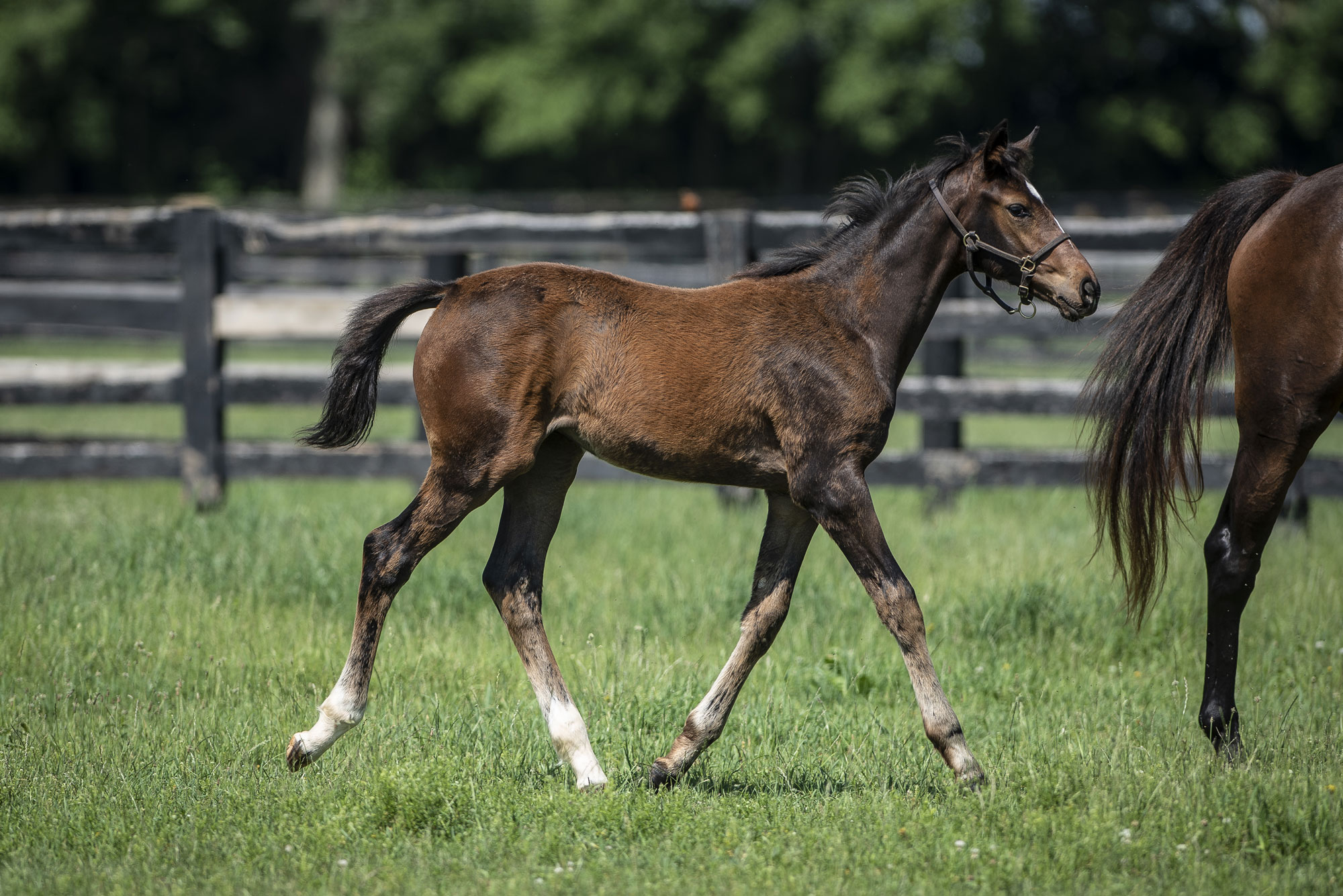 CATHOLIC BOY is one of only three 3-year-old colts to capture Grade 1 events on both dirt and turf, including the immortal Secretariat.

CATHOLIC BOY was well-received by breeders in his first year at stud, with The Jockey Club reporting over 130 mares bred in 2020. In the sales ring last fall, his first in-foal mares also made an impression selling up to $950,000 and averaging $150,000 – second overall for first crop covering sires – closely behind WAR FRONT‘s Omaha Beach ($157,476), with Audible trailing in third by nearly half as much ($79,384).

Among CATHOLIC BOY‘s first crop of foals is a colt out of the unraced half-sister to the sensational Rushing Fall – a six-time Grade 1 winner, Breeders’ Cup champion, and Eclipse Champion mare. That unraced half-sister is the Candy Ride (ARG) mare Queen Eli and this is her first reported foal. Rushing Fall herself is by More Than Ready, making this colt an exciting cross as CATHOLIC BOY is a son of More Than Ready.

This CATHOLIC BOY filly, out of the Unbridled’s Song mare Night and Day, is a half-sister to multiple graded stakes winner Made You Look (More Than Ready). Her second dam is the champion Serena’s Song, a blue hen mare who is the dam of Grade 1 winner Sophisticat; as well as sires Grand Reward and Harlington; and great-granddam of champion and sire Honor Code.

Out of a young Dansili mare whose first foal to race is already a winner in Japan, this CATHOLIC BOY colt’s second dam is the Grade 1 winner Etoile Montante and from a deep family of Grade 1 winners Sightseek and Tates Creek; sire Chief’s Crown; Kentucky Derby winner Winning Colors; among many more.

With the support in his first crop of breeders and buyers alike, it will make the first CATHOLIC BOY weanlings ones to look for at the upcoming breeding stock sales this fall.