After a heated battle to the wire, First Samurai’s son Sharp Samurai represented his sire well in winning the G2 City of Hope Mile at Santa Anita Park by a narrow nose over Fly to Mars. 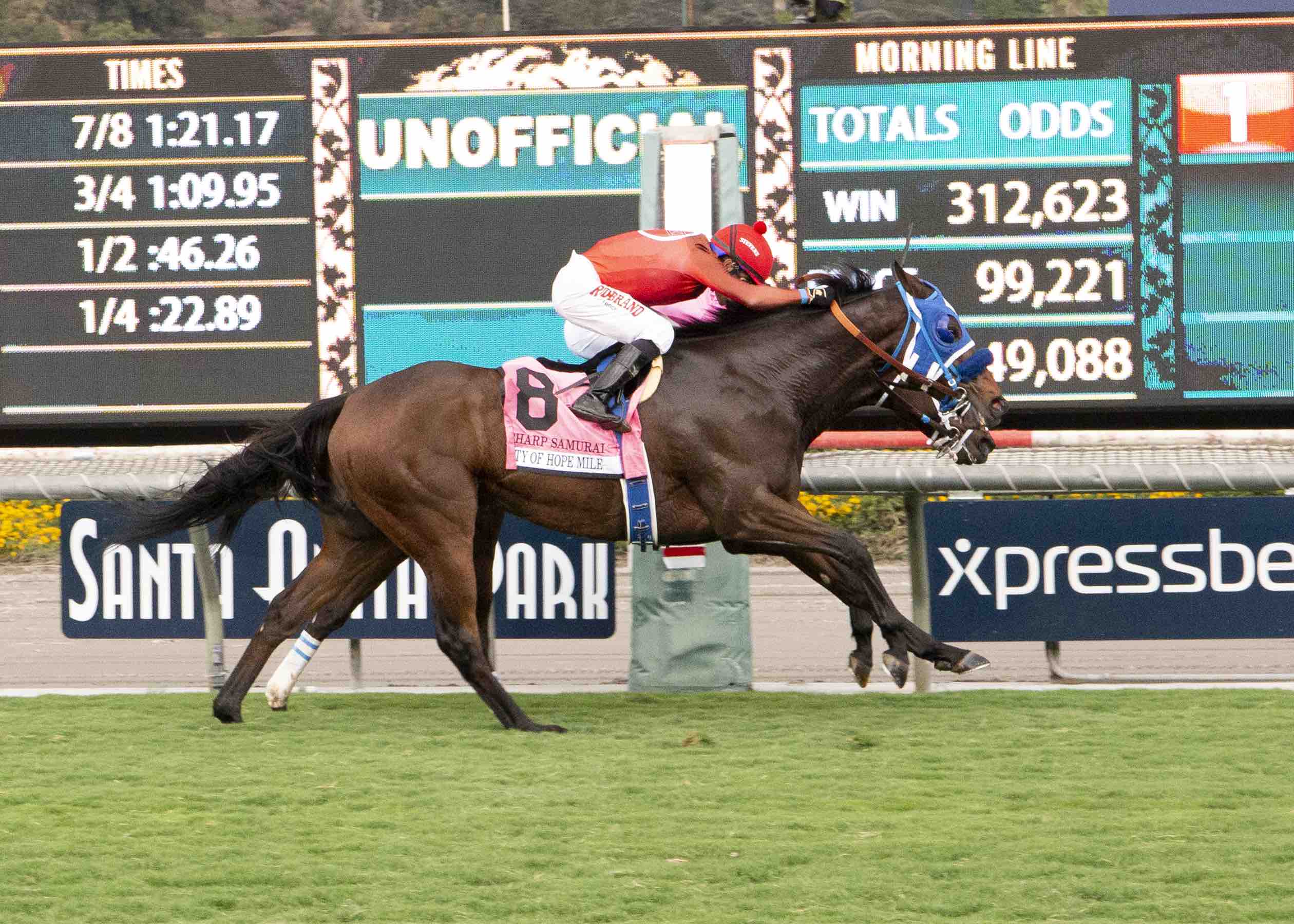 Co-owned and trained by Mark Glatt for partners Red Baron’s Barn and Rancho Temescal, the gelding stopped the clock at 1:32.47.

“What an honest horse and Mark has done such a great job managing him,” said Tim Cohen of Red Baron’s Barn. “We gave him some time and wanted to get him ready for his 4-year-old year. We’ve had some tough races and some tough losses and this could have been one of those, but it turned out well.”

There’s a possibility Sharp Samurai could run next in the G1 Breeders’ Cup Turf Mile at Churchill Downs Nov. 3.

“I’d certainly love to go to Churchill and the horse deserves to be there,” Cohen said. “Hopefully, we have enough points to get in.”

Most recently a close third in the G2 Del Mar Mile on turf Aug. 19, Sharp Samurai recorded his fourth graded stakes victory in the City of Hope Mile. The gelding earned $120,000 for the win, boosting his earnings to $735,270 and improving his record to 8-2-0 from 14 career starts.

First Samurai has reached a new milestone this year with 25 stakes winners to his credit. He is the sire of four millionaires, including G1 winners Lea and Justin Phillip; Sovereign Award champion Stacked Deck; and four-time graded stakes victor Miss Sky Warrior. In 2018, he is represented by other graded/group winner Shamaal Nibras. First Samurai stands at Claiborne.