It was a stakes double on Saturday for FLATTER with Search Results a determined winner of the Busher Invitational at Aqueduct to earn 50 points on the Road To the Kentucky Oaks (G1), for a near guaranteed spot in the race. The filly followed up a Listed stakes victory for FLATTER’S Panadol in Meydan Saturday morning. 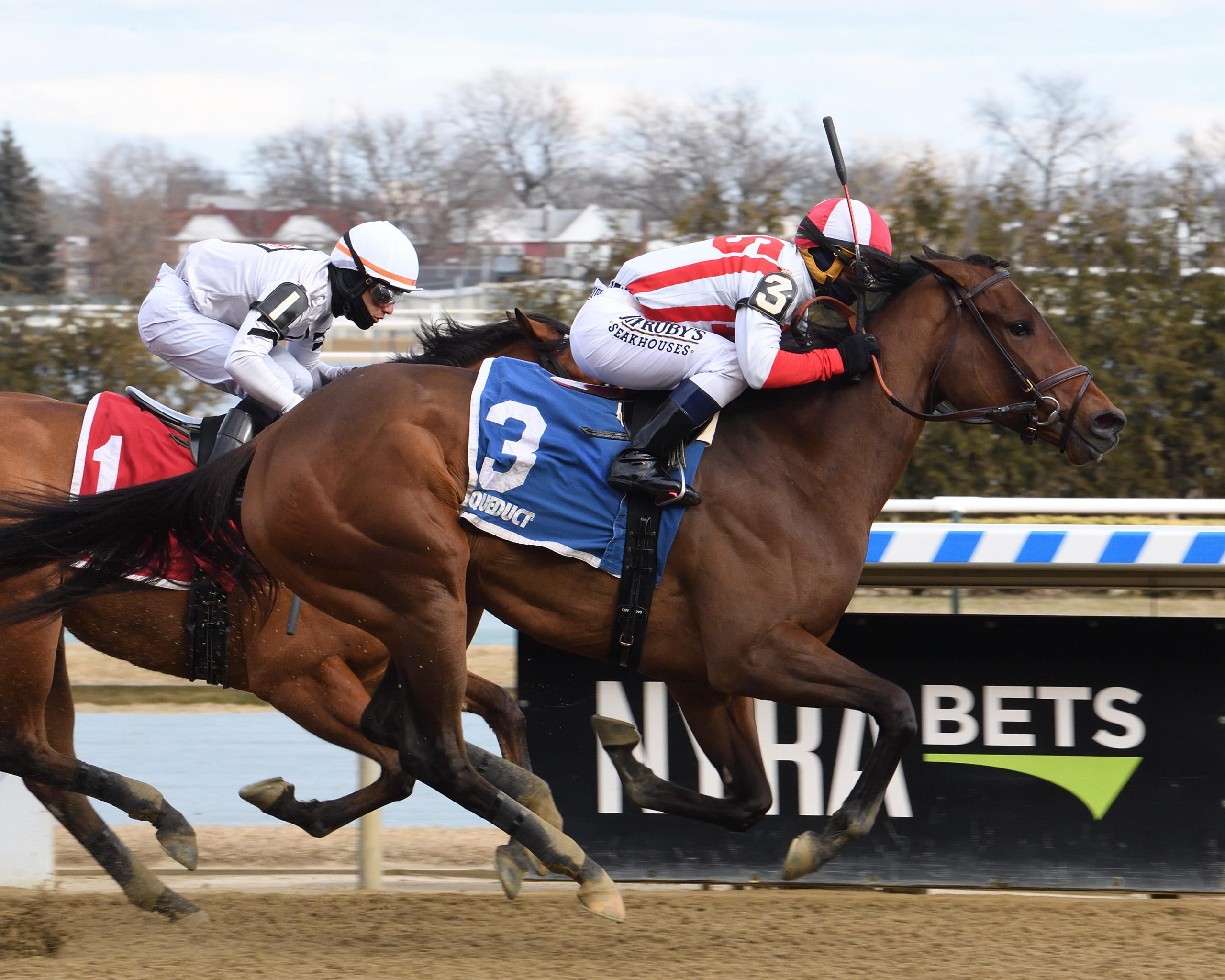 Racing over a mile on the Aqueduct dirt, Search Results pushed the leader throughout as Javier Castellano kept a hold on the filly to keep her from moving too soon.

With two furlongs to go, the Chad Brown-trainee was allowed to challenge for the lead with Search Results digging deep to get her nose in front inside the final sixteenth. She pulled away slightly from there to win by half a length.

“When I asked her, she didn’t switch leads, but everything I asked for, she gave it to me,” said Castellano. “She responded. I like the way she galloped out and I think she’s going to be a good filly in the future. Two turns will be even better.”

Assistant trainer Dan Stupp says that a start in the Gazelle (G2) on April 3 may be next.

The victory took Search Results’ record to two-from-two after she broke her maiden impressively in January. The filly was bought by Mike Ryan from Select Sales for $310,000 at the Keeneland September Yearling Sale on behalf of racing owner Klaravich Stables.

Search Results is the second runner and winner out of the Candy Ride mare Co Cola, who herself was stakes placed in three stakes led by a runner-up finish in the Old Hat Stakes (G3).

Co Cola is one of two stakes horses for Yong Musician, whose other stakes performer is the Grade 1-placed and Ecuadorian champion Kingdom Road. Yong Musician herself is a half-sister to Canadian Champion Kimchi.

Co Cola also has a 2-year-old full brother to Search Results to come.

FLATTER’s double takes him to 57 stakes winners with both winning their first stakes in their second career starts.