RUNHAPPY’s Nicky The Vest showed why bettors sent him off at even money odds on Sunday when he dominated the Gander Stakes at Aqueduct by 11 3/4 lengths to become RUNHAPPY’s first stakes winner. 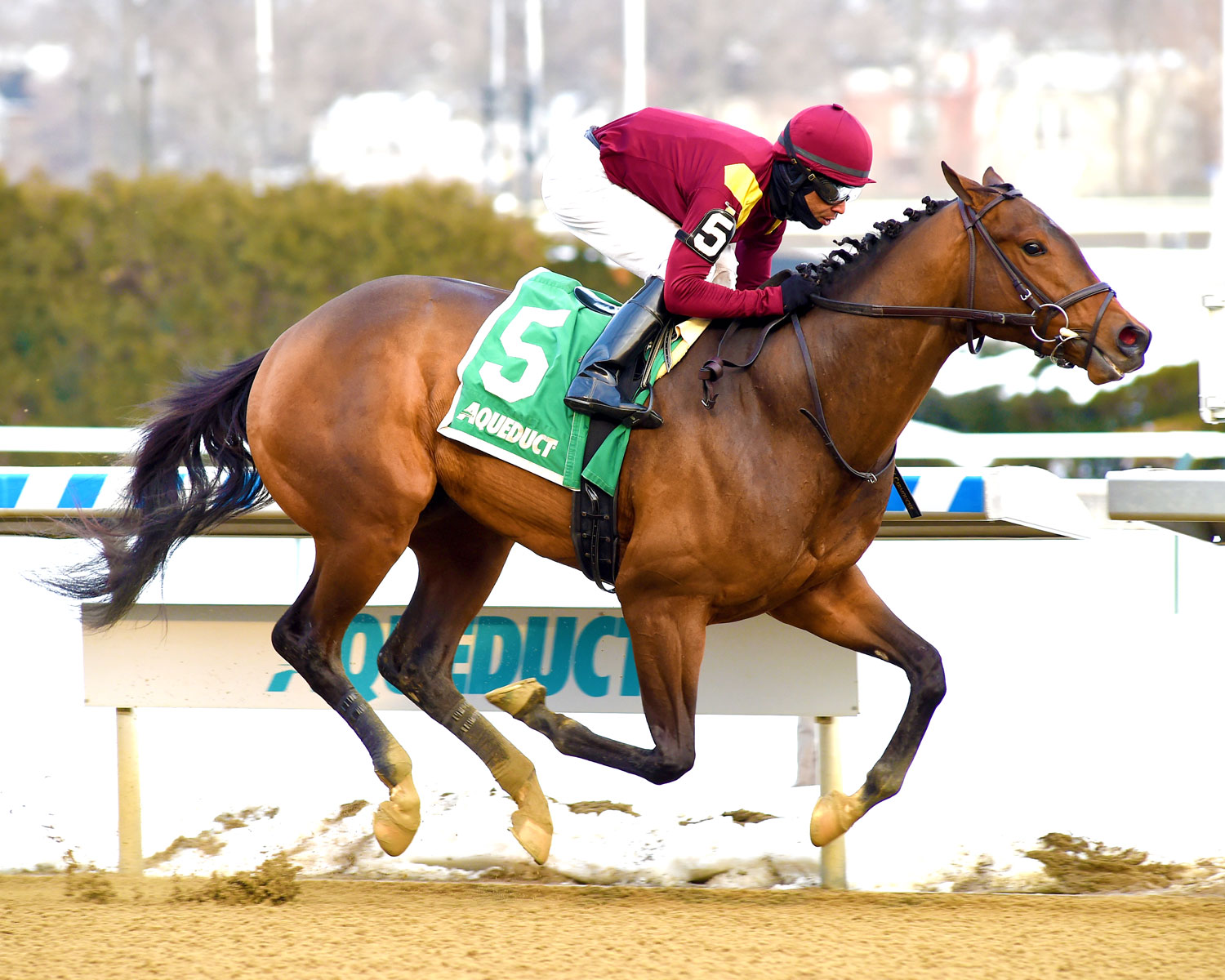 Stepping up to stakes company in his second start, the Robert LaPenta-owned colt was quick out of the gate and stuck his head in front from the start. The colt was happy to gallop alongside another runner for the early parts of the one mile race until the real work started.

In midturn, it only took Kendrick Carmouche letting out the reins a notch for Nicky The Vest to show he’d just been toying with his rivals. The colt swiftly pulled away with every stride to cross the line 11 3/4 lengths in front without ever being seriously asked to run.

It was the second win in two starts for the Jonathan Thomas trainee, with the colt breaking his maiden by 3 ¼ lengths on debut in December.

Thomas indicated that a start in the Gotham Stakes (G3) on March 6 may be next over this track, that race gives the winner 50 points on the Road to the Kentucky Derby.

“John Panagot [owner Robert V. LaPenta’s racing manager] will be a big barometer here. We’ll digest the race and see how he comes out of it and keep a lot of options open. If we do step out [outside of New York-bred company], he’s run well here on this track so it stands to reason we would stay here,” Thomas said of staying in New York for his next stakes attempt.

Bred by Highclere, Nicky The Vest was a $110,000 yearling purchase and is a half-brother to the stakes placed Mom’s Choice.

He is the final foal for two time winner Tazarine (Cat Thief), who has produced six winners from six to race. The mare is out of Grade 3 placed Doppio Espresso, who is also the dam of Grade 3 winner and Grade 1-placed Resplendency with another daughter the great-granddam of Grade 2 winner Little Gerda and stakes winner Bird Express.

He is the second stakes horse for Champion Sprinter RUNHAPPY alongside Runway Magic and one of 15 winners for the stallion. RUNHAPPY is quickly climbing the ranks of second-crop sires, no other second-crop sire has more winners than him this year. Plus, RUNHAPPY currently ranks third by AEI among 2nd-crop sires for 2021, according to Equineline’s statistical summaries.