RUNHAPPY closed out the Oaklawncard on Friday with a star in the making when Happymac broke his maiden by 10 ¼ lengths. 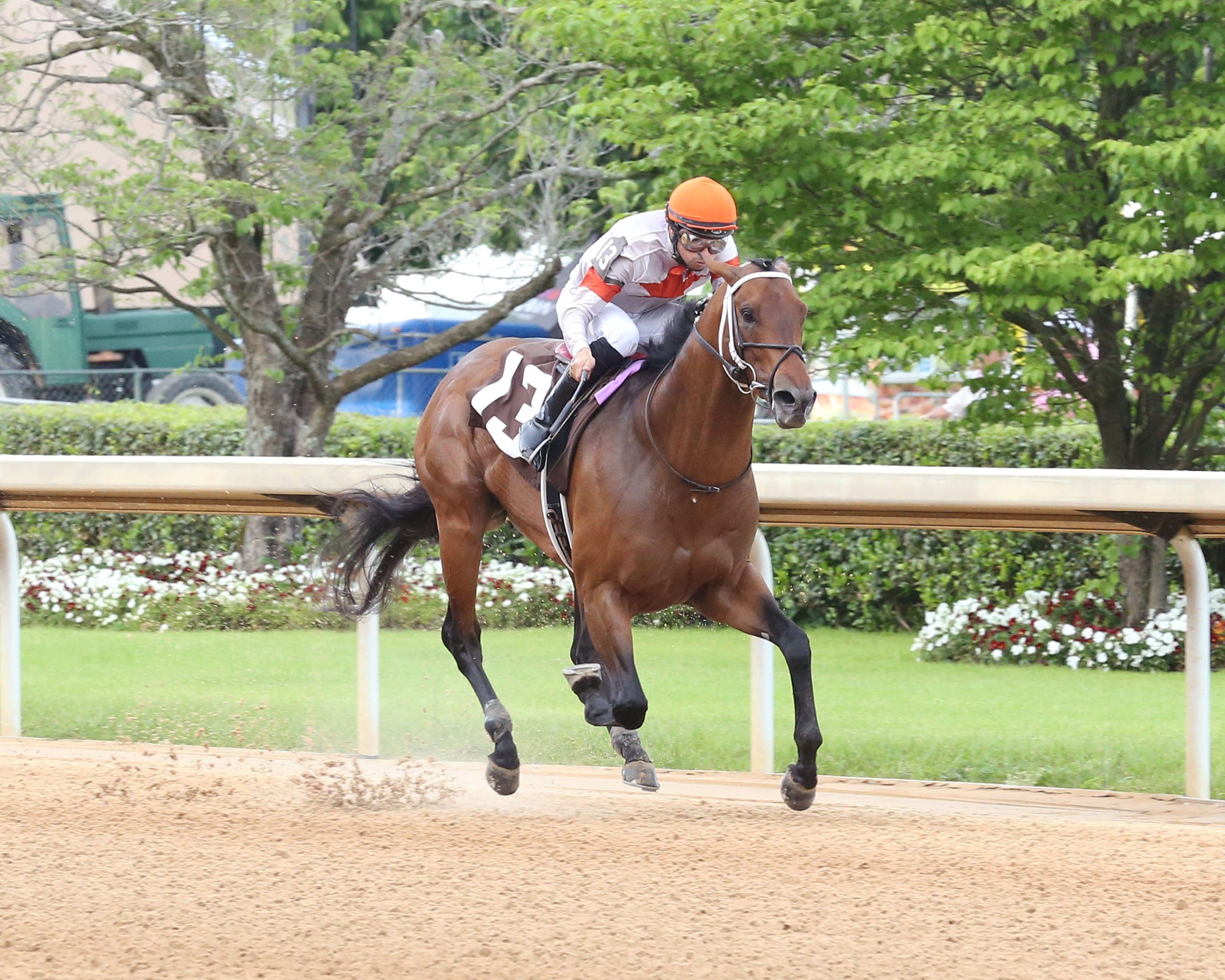 Happymac broke from the widest gate in the 5 ½ furlong race but that didn’t matter as the colt flew to the rail – and the lead – under David Cabrera before the first furlong was through. The colt had about a length on the field down the backstretch but that margin was extended in only a matter of strides as they entered the turn.

Happymac entered the stretch over five lengths ahead with Cabrera confidently glancing behind him. The colt was all alone throughout his stretch run, flashing under the wire 10 1/4 lengths ahead of the second placed horse as the heavy favorite.

Trained by Steve Asmussen, Happymac is owned by William and Corinne Heiligbrodt, Madaket Stables and Spendthrift Farm. Bought for $125,000 as a short yearling , he was a $360,000 Keeneland September yearling when purchased by the Heiligbrodts. They thought so much of the colt that he didn’t meet their reserve when bringing $800,000 as a 2-year-old and was privately bought into by the other owners.

Bred by Charles Muth, Patrick Murphy, and Cindy Olsen, Happymac looks to be the newest talented runner for stakes winner True Kiss. That mare has produced four stakes horses from her eight winners, including the Grade 2 winning, Grade 1-placed Shancelot and Grade 2-placed One True Kiss.

RUNHAPPY has proven to be a standout second crop sire this year with the second most 2021 stakes performers of any second crop stallion and the sixth most 2021 winners.