Only three races after IRONICUS’s Urge finished a good second at Sam Houston, RUNHAPPY scored his third winner in five days and 13th winner overall at the track when Drivehappy rolled home a winner in a Maiden Special Weight. 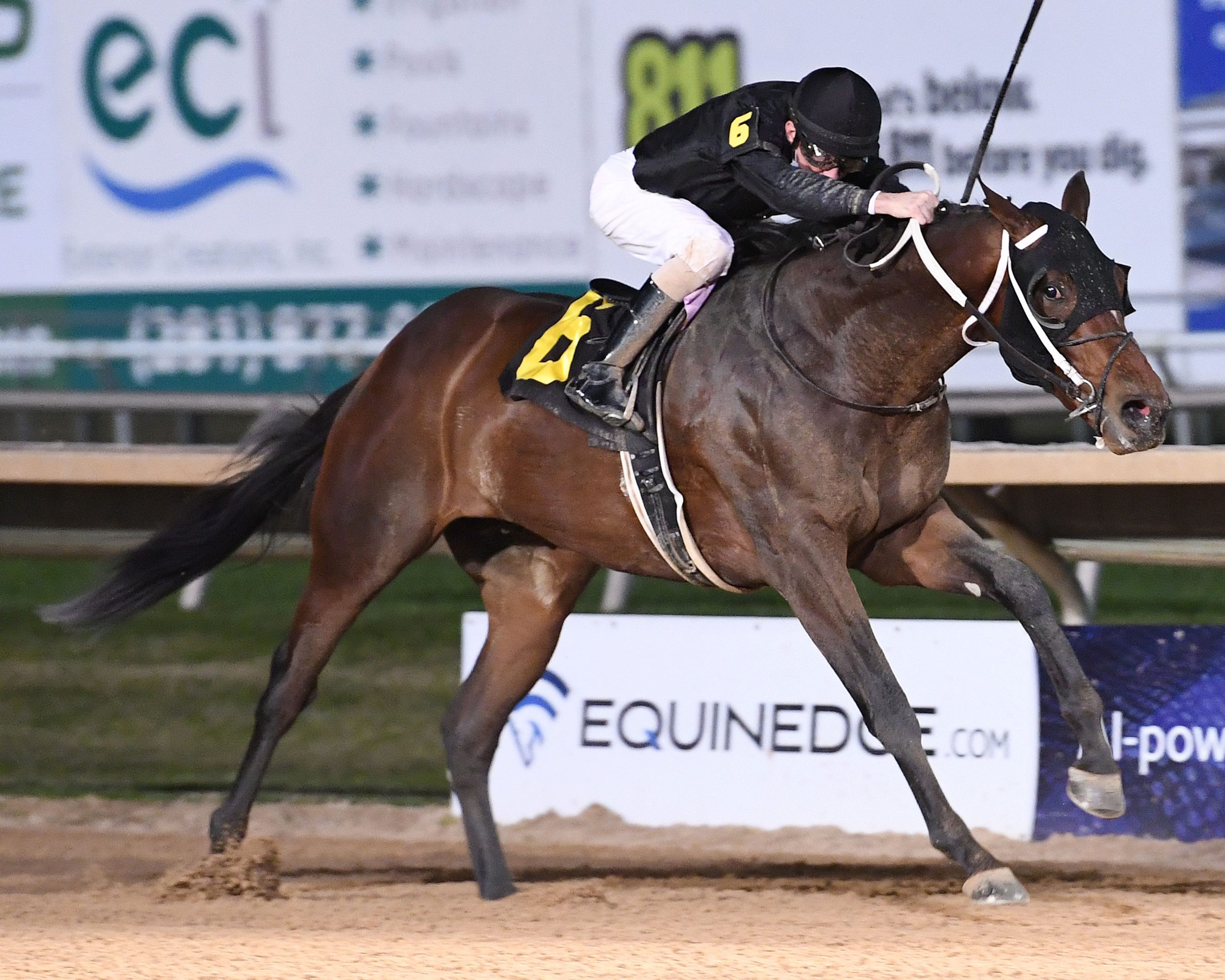 Racing over 6 ½ furlongs with Stewart Elliott aboard for trainer Steve Asmussen, Drivehappy raced wide in the leading pack of the sizable field. Racing fourth early on, Drivehappy soon had only one horse in front of him as they entered the turn. By the time they hit the stretch, Drivehappy had a slight advantage over a new challenger and wasn’t letting that horse go by.

Staying ahead of that rival over the final stages of the race, Drivehappy started to pull away late and win by a length.

Bred by Siena Farms, the colt is co-owned by that operation alongside Holly and David Wilson, Gary Stevens, and Asmussenequine.com.

Drivehappy is out of the Grade 3-placed and Grade 1-fourth Entrustment, who also has a 2-year-old RUNHAPPY colt.

Entrustment is out of the stakes-placed Entrusted, who also produced Grade 1 winner My Trust Cat – who is also the dam of Grade 3-placed Tapitry. Another half-sister produced Grade 2-placed Sneaky Betty. Entrustment is also a granddaughter of multiple graded stakes winner Betty Lobelia, who has proven to be a strong broodmare in addition to racemare. Her other descendants include Grade 1 winner Include Betty, stakes winner and Group 1-placed Amazonas, and Grade 3 winner and multiple Grade 1-placed Eskenformoney.