It was a top day for RUNHAPPY at Belmont Park on Thursday when he saw two of his runners romp home by a combined 18 lengths, led by runaway Astoria S. winner Happy Soul. 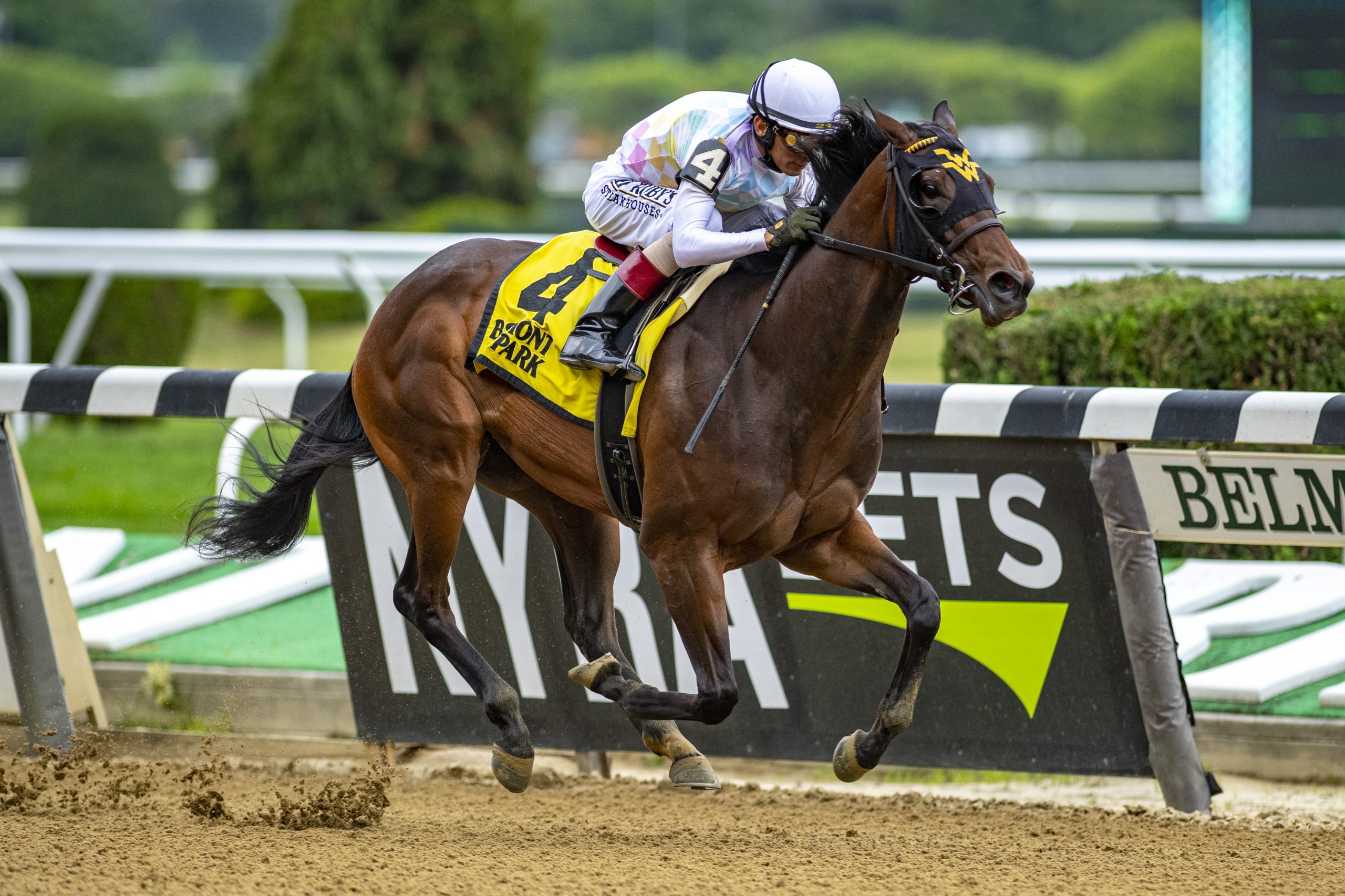 Racing over 5 ½ furlongs, Happy Soul shot out of the gate just like she did in her 11 ¾ length maiden victory and quickly found the lead. The 2-year-old filly was briefly challenged out of the gate but she flashed her speed to quickly take an easy lead and by the time they entered the stretch, she had five lengths on the field.

Jockey John Velazquez never asked her for her best, just urging her home with his hands as she galloped home by 11 ½ lengths as the heavy favorite.

Purchased by Gayla Rankin at the Keeneland September Sale from the James Herbener Jr. consignment, the Wesley Ward trainee was bred by Harris Training Center.

“Once I got out of there, I got into the position she wants,” said Velazquez. “I just let her take her speed wherever she wanted to go. I was just worried a little bit out of the gate. I just put her on her game and let them chase her.”

Ward indicated that Happy Soul is now on to bigger things with Saratoga on the calendar for the RUNHAPPY filly.

“She was 1-9, so obviously we were in the right spot,” he said. “We’ll have to step up in class and company next. She’ll get back to Keeneland and prepare for the Adirondack at Saratoga.”

Earlier on the card, it was much the same result for 3-year-old Following Sea in an Allowance when he romped home 6 1/2 lengths in front earning a 100 Beyer. Looking for his second straight victory after winning his maiden by 5 ¾ lengths, the Spendthrift Farm homebred stretched out to 6 ½ furlongs from the six he had covered last out at Oaklawn.

Breaking strongly, he entered a duel early on before jockey Joel Rosario took him back to sit a neck off the leader. Rosario let the colt draw even again with a little over two furlongs to go and by the time they entered the long Belmont stretch, Following Sea had the lead.

Rosario barely had to move on his mount as Following Sea happily galloped away from the field to win by 6 ½ lengths as the favorite with multiple Grade 1-placed Reinvestment Risk nearly 10 lengths back in third.

It was the second win in three starts for the Todd Pletcher-trained Following Sea, who was named a TDN Rising Star after his impressive Maiden Special Weight victory.

Those looking to add a RUNHAPPY two-year-old to their barn will have four chances at next week’s OBS June Two-Year-Olds Sale.

RUNHAPPY is second among all second-crop sires by 2021 stakes winners and stakes performers with his 20 winners the fifth best of his generation this year. Of his progeny’s 23 wins in 2021, the average margin of victory exceeds a five-length score.