RUNHAPPY registered a 14th winner in the Santa Anita nightcap on Saturday when Agreetodisagree showed a strong turn of foot to win at six furlongs on the turf. 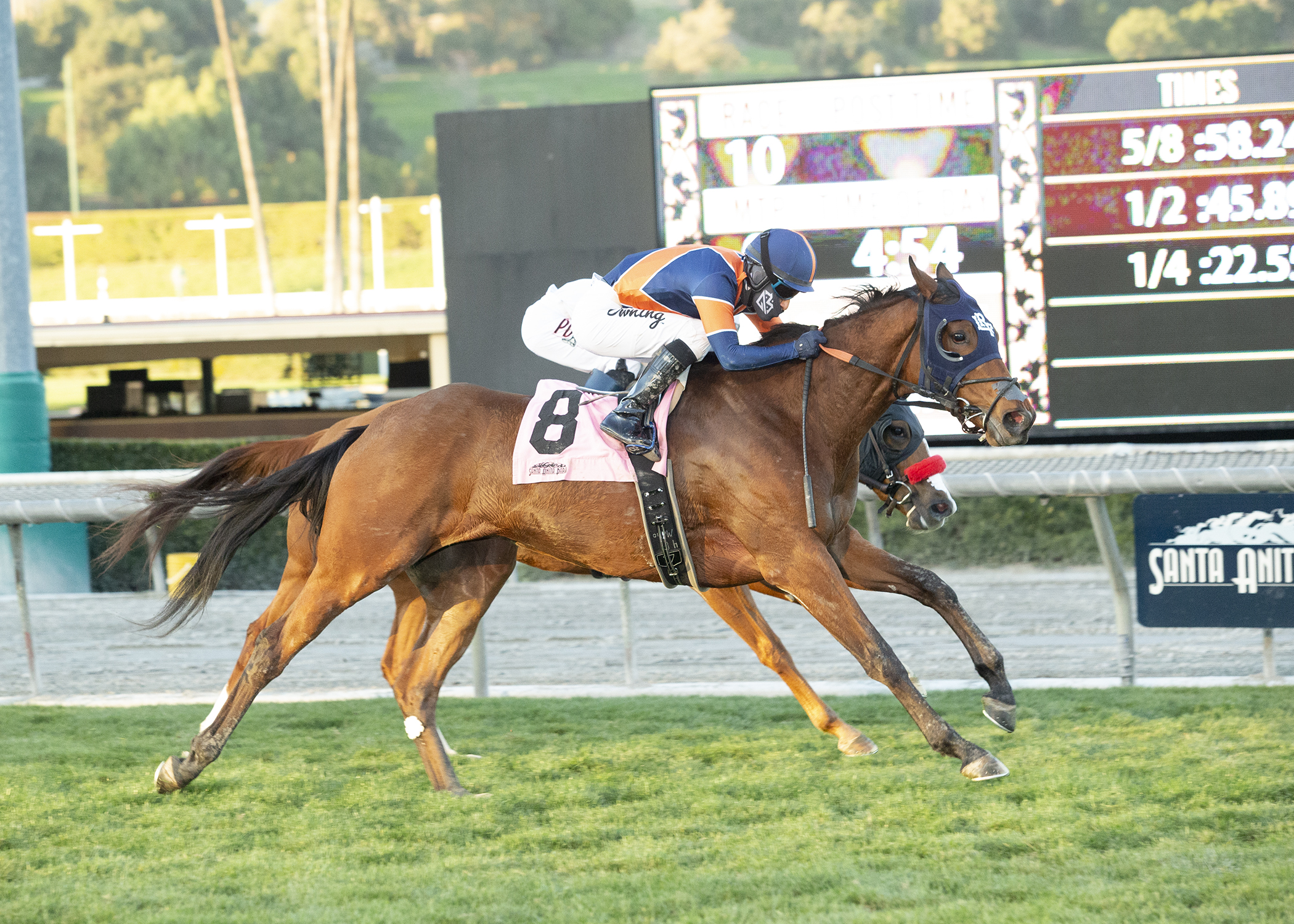 Trained by Peter Eurton for RM Racing and Sierra Racing, Agreetodisagree dropped back to be one of the final runners in the main pack as the leader opened up multiple lengths on the field. The filly worked her way through the pack as the field raced around the turn and found herself in the center of the course as they raced down the stretch.

Showing off an impressive turn of foot and giving indications she can easily go even further if needed, Agreetodisagree caught the leader in the shadow of the wire for a neck victory.

Sold by Taylor Made Sales Agency to Claiborne Farm Bloodstock Services for $120,000 at Keeneland November as a weanling, the filly then went through the ring at the falling Keeneland September to bring $155,000 from Solana Beach Sales.