The morning line favorite for this Kentucky Derby and idle since April 13, War Front’s Omaha Beach put on a tremendous exhibition in Saturday’s Grade 1, $300,000 Santa Anita Sprint Championship. The Richard Mandella-trainee overhauled heavily favored eastern invader Shancelot to prevail by a head in an astonishingly fast 1:08.79 under Mike Smith. 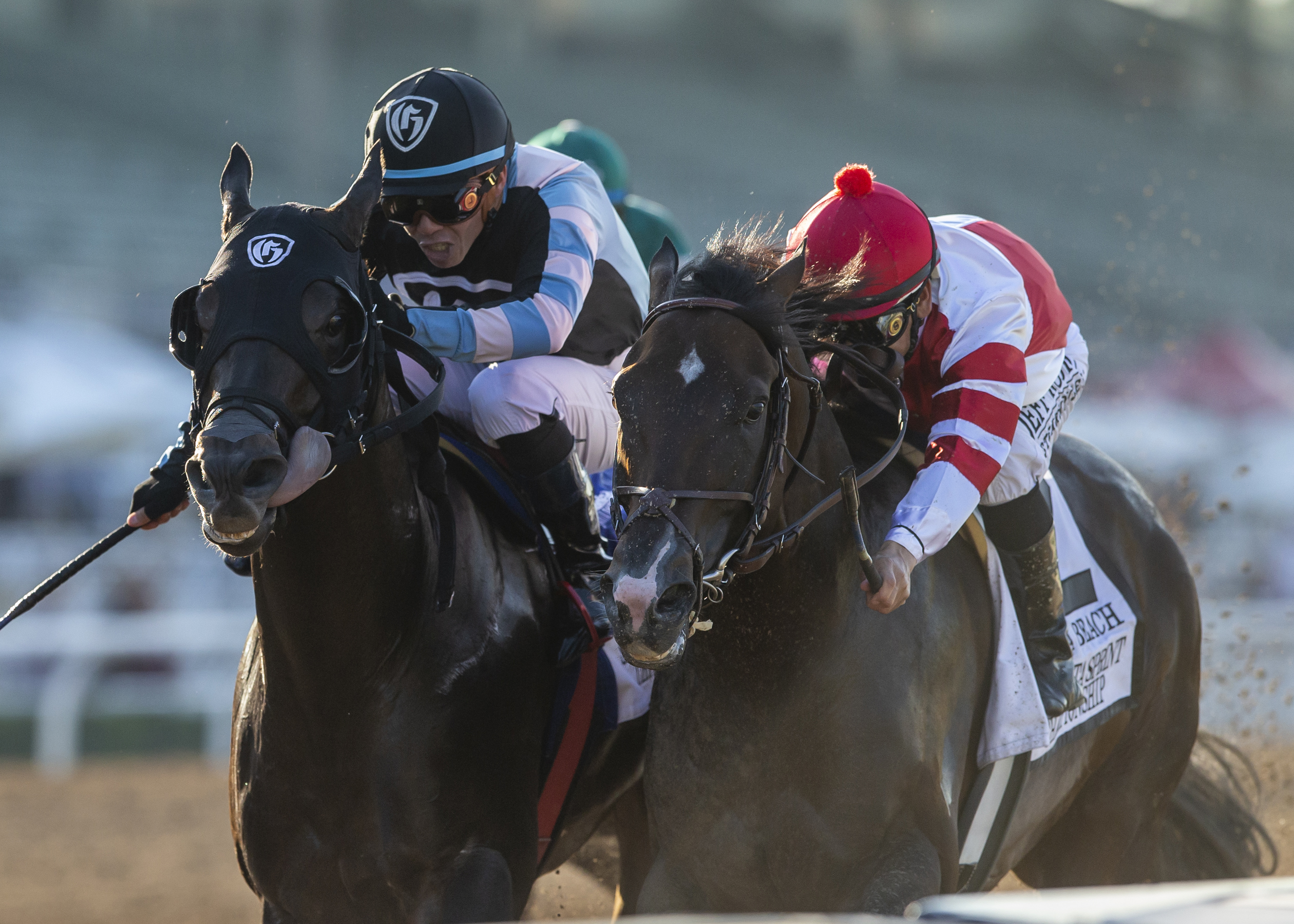 The question now is, where does this immensely talented colt by War Front go next?  With Saturday’s race a Breeders’ Cup “Win and You’re In” Challenge Race qualifier to the $2 million Sprint at Santa Anita on Nov. 2, that’s an obvious option, but given the scope and versatility Omaha Beach has exhibited in both the morning and afternoon, he could potentially run in any one of three races on Nov. 2.

“I want to enjoy this one, but the Sprint, the ($2 million) Mile and the mile and a quarter ($6 million Classic) are all possible,” said Mandella, who had to stop on his stable star just days before the Run for the Roses due to an entrapped epiglotis.  “I’m just very relieved to have him back. At the eighth pole, I thought we were (going to be) clear, but it took some race riding…This horse has a heart of gold and he’s got the greatest personality of any horse I’ve ever had.  I would say anything’s possible.”

Although he bobbled ever so slightly at the break, Omaha Beach was quickly into stride and was just a head off of Shancelot while full of run mid-way around the turn.  At the top of the lane, Shancelot, drifted a bit off the rail and Smith then stayed inside through an incredible stretch battle.

“He broke extremely well, almost too well,” said Smith. “He slipped a little leaving there, but man he settled right in behind them really nice. He was loaded coming off that turn…His last work was brilliant and he ran the way he worked.

“He’s a throwback to those classic horses. He can do anything. Three quarters to a mile and a quarter. He’s extremely fast and he’s got tremendous stamina…He can do it all. The only thing that surprised me today was that I had to stay inside. His last work was his best one, no question. Today, he hit his best stride late.”