Nicky The Vest became the eighth winner for RUNHAPPY on Friday with an authoritative 3 ¼ length win at Aqueduct on debut over a mile. 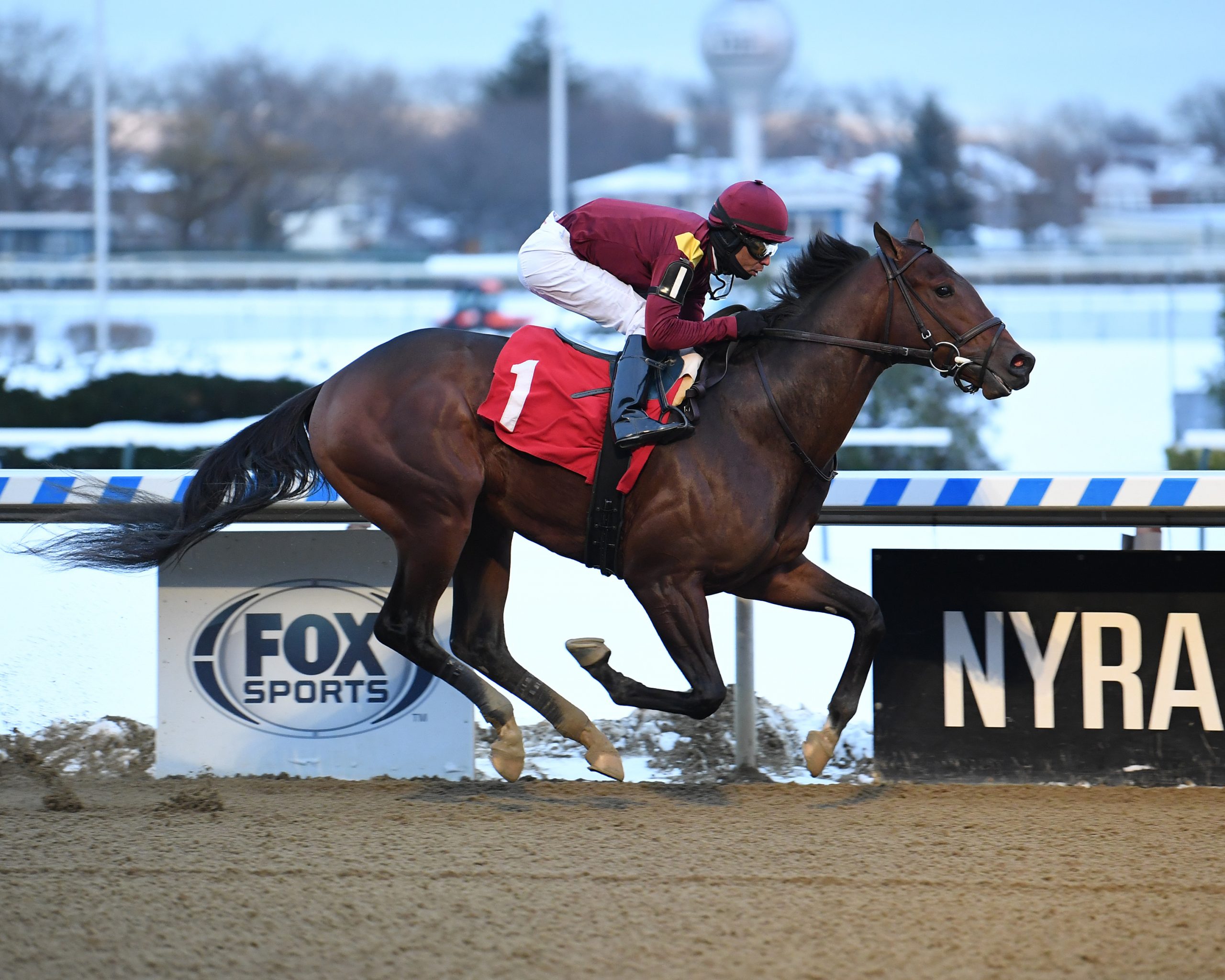 Breaking from the inside post, the colt quickly made up for a slower start and took over the lead by the time the field left the Aqueduct chute. Nicky The Vest settled well under Kendrick Carmouche and galloped comfortably with a horse beside him down the backstretch.

As they entered the far turn, Nicky The Vest pulled away to open a length on the field. In the stretch, Carmouche gave the debut starter a few taps and that’s all Nicky The Vest needed to pull away by open lengths. Allowed to just gallop along in the final furlong, his margin was cut down to a deceptively small 3 ¼ lengths with the third placed horse over nine lengths adrift and the fourth place horse coming home 16 lengths behind the winner.

Trained by Jonathan Thomas for Robert LaPenta, Nicky The Vest was a $110,000 yearling at the OBS October Yearling Sale in 2019.

The Highclere-bred is a half-brother to the stakes placed Mom’s Choice and one of six winners from six to race out of their dam Tazarine (Cat Thief). That winning mare herself is a three-quarter sister to Grade 3 winner and Grade 1-placed Resplendency and the granddam of Grade 2 winner Little Gerda with the trio out of Grade 3-placed Dopplo Espresso.

Nicky The Vest is the second winner in 10 days for RUNHAPPY, who also ended last month with an impressive 3 3/4 length winner at Churchill Downs.