Algorithms got his first Grade 1 winner this weekend with Math Wizard, who won the Pennsylvania Derby against a stacked field of graded stakes winners at PARX. The second longest shot on the board in the $1-million dollar race, Math Wizard came from out of the clouds to snap Mr. Money’s four-stakes win streak by a neck. 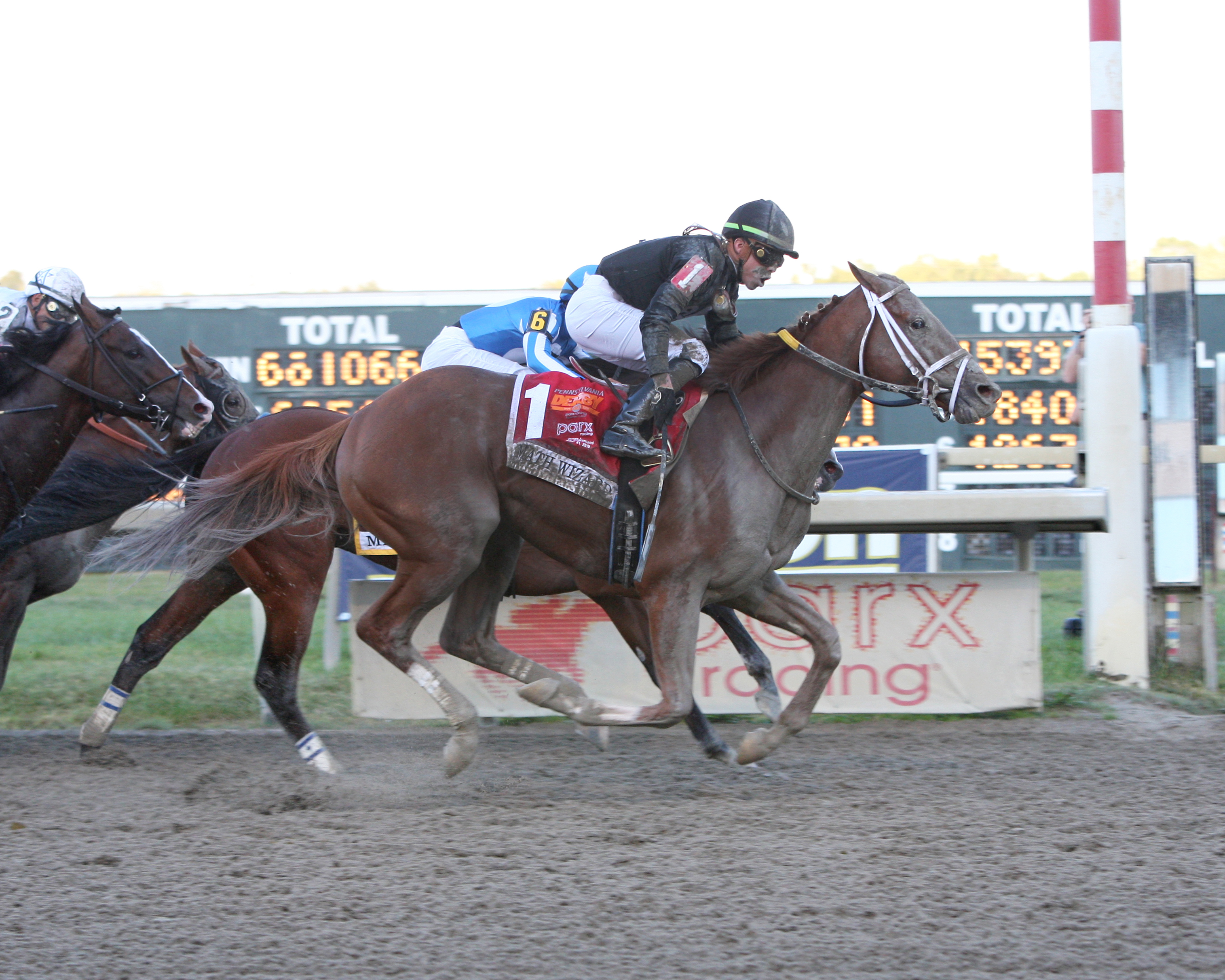 Math Wizard won with a six-wide move into the stretch. He ran down the early pacemakers Mr. Money and War of Will, rallying into slow fractions. The first quarter-mile went in :24.50, the half in :49.60 and 6 furlongs in 1:13.44.

“To me, what was surprising was that the pace was not fast and that horse came from out of it,” said Mark Casse, the trainer of War of Will. The final time for the 1-1/8 mile race over a fast track was 1:50.94.

Ortiz picked up the mount Saturday. Florida-based Edgard Zayas was named to ride Math Wizard at entry time, but he was not at Parx Saturday.

The Pennsylvania Derby was Math Wizard’s third win in 13 career starts. He hadn’t won since Jan. 31 at Gulfstream, when he scored by 18 3/4 lengths and was claimed for $25,000 out of that race by his current ownership group led by John Fanelli, who calls Parx his home track. Math Wizard had been quietly picking up checks before this win, finishing fourth in the Grade 2 Wood Memorial and Oaklawn Invitational, second in the Grade 3 Ohio Derby, and third in the Grade 3 Indiana Derby, where he was beaten by Mr. Money.