The undefeated MASTERY saw his first winner on Saturday when Up Her Sleeve put in a big performance in a Maiden Special Weight at Gulfstream Park for Constance Wickes and Brian Hanley. 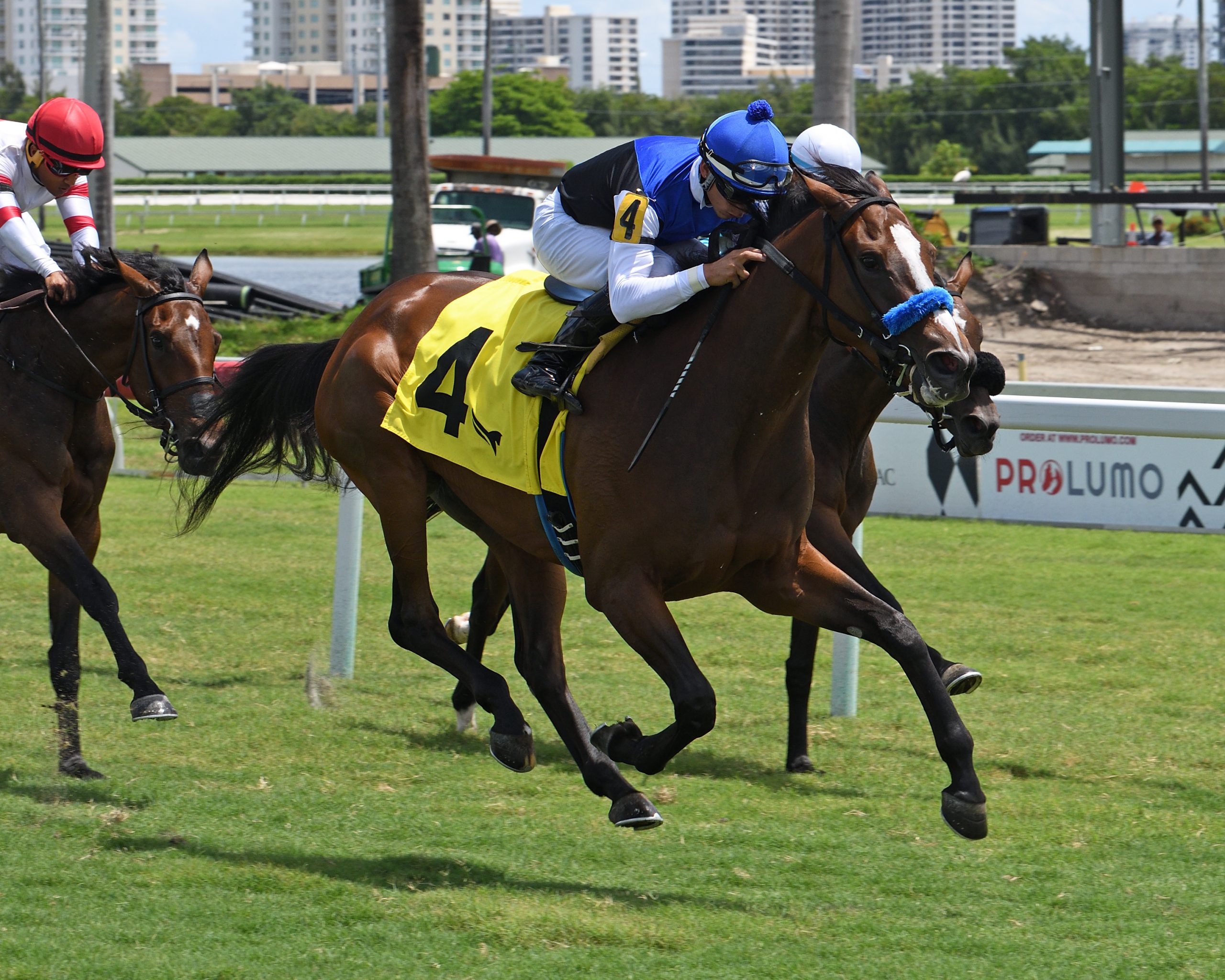 Trained by Kent Sweezey, the filly broke fastest of all but was happy to give two horses the lead as they took off in front. Relaxed under Wilmer Garcia as they navigated the 7 ½ furlongs on the turf, Up Her Sleeve was joined by another horse down the backstretch but didn’t seem to mind the company.

It wasn’t until the turn that Up Her Sleeve started to show her hand, rolling through the gaps left for her on the rail to put herself just behind the race favorite.

Sliding to the outside of that horse, Up Her Sleeve gained on the rival with every stride to take over the lead in the final sixteenth. She started to pull away from there, winning by a widening 1 ¼ lengths at the line.

A $120,000 Keeneland November weanling purchase by Bradley Thoroughbreds, Up Her Sleeve was sold at the OBS March Sale of Two-Year-Olds to her trainer earlier this year.

Bred by Gainesway Thoroughbreds and Bridlewood Farm, MASTERY‘s Up Her Sleeve has a strong pedigree behind her. She is out of the Harlan’s Holiday mare Pocket of Aces, who is a half-sister to Grade 2 placed Cash Out and multiple stakes placed Pretty Fancy.

That trio’s dam is out of dual Grade 1 winner Dream Deal, who is also the dam of three-time Grade 1 winner Clear Mandate. Clear Mandate is a stakes producer herself with her runners including Hopeful Stakes (G1) winner Strong Mandate among her three stakes winners and four stakes horses. Another graded stakes winning half-sister is the third dam of Grade 1 winner Romantic Vision as well.

In all, Up Her Sleeve comes from a strong international family that sees graded stakes winners in the United States, Canada, Japan and more.

MASTERY’s first crop has impressed at all stages with his top yearling selling for $510,000 last year. His second crop is following closely behind with MASTERY seeing his weanlings walking out of the ring for up to $450,000 in 2020.