MASTERY’s Midnight Memories registered a third career victory on Sunday when she put on an impressive showing in the Torrey Pines Stakes (G3) to become her sire’s first graded stakes winner. 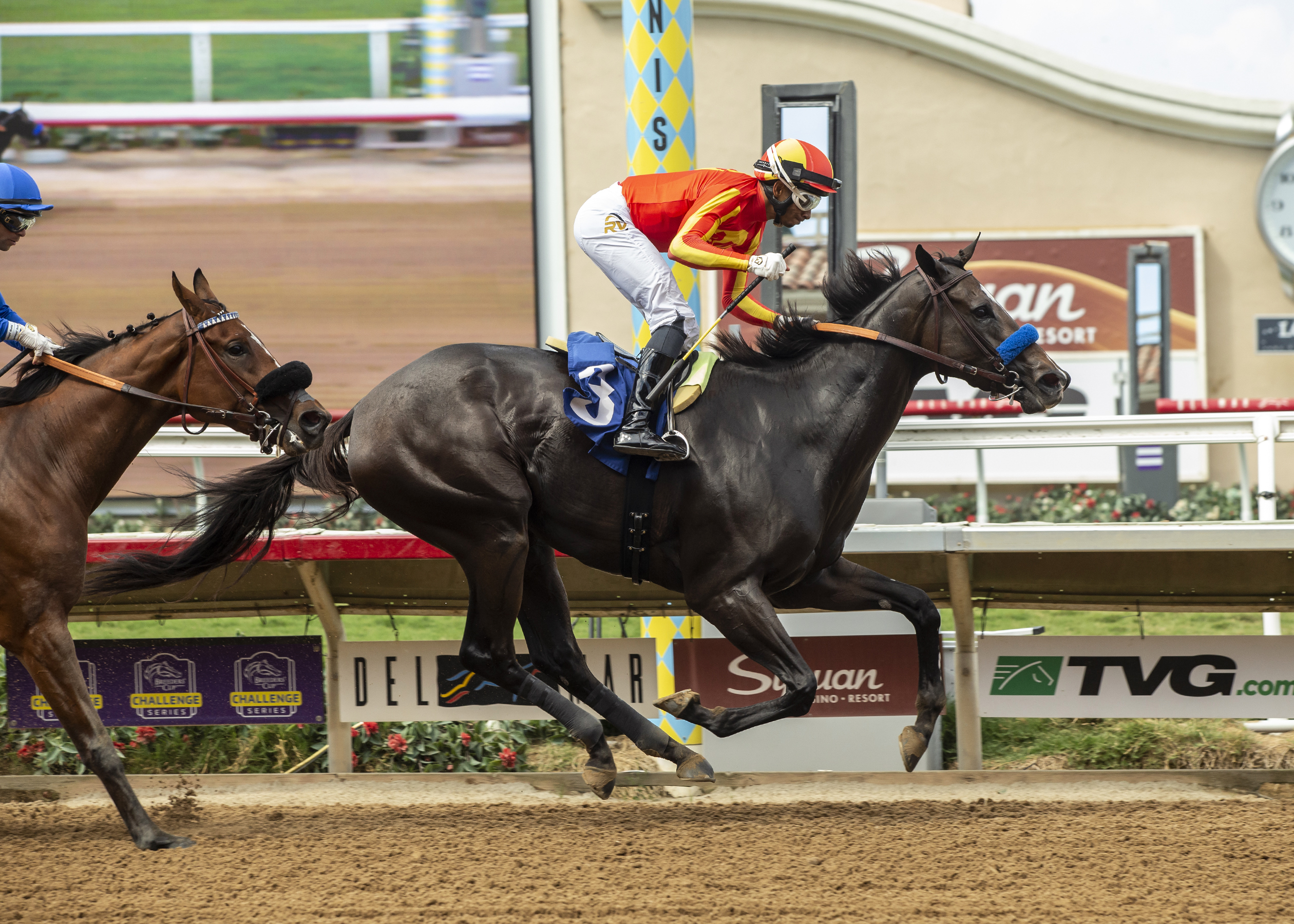 Midnight Memories broke a step slow but immediately rushed to the lead in the one-mile race to control the pace under Ramon Vazquez. Once she had command, she slowed down the pace to lead at a relaxed pace down the backstretch. As they approached the turn, Grade 2 winner and Grade 1-placed Desert Dawn launched her challenge and the two pulled away from the rest of the field as they entered a duel all the way around the turn and down the stretch.

Desert Dawn started fading late while Midnight Memories was still running strong and she had three quarters of a length advantage at the line with only one other runner within 12 lengths of her at the end. Full of energy after the race, Midnight Memories made Vazquez work hard in the gallop out to pull her up.

It’s the third win in four starts for the MASTERY daughter, whose only loss was a third-place finish at Del Mar earlier this year.

Trained by Bob Baffert, Midnight Memories is a homebred for Michael Pegram, Paul Weitman, and Karl Watson out of their Grade 2 winner and Grade 1-placed homebred Tiz Midnight. That mare is out of Tough Tiz’s Sis, who won two Grade 1s for Karl Watson and Paul Weitman.

Tiz Midnight has two winners from two to race and is one of four winners out of her dam. Tough Tiz’s Sis is one of two stakes winners for her own stakes-placed dam alongside stakes winning Golly Greeley. The mare is also a half-sister to stakes placed Leaseholders Dream.