MASTERY’s Forced Ranking impressively gave his sire another winner on Sunday with a Belmont Park Maiden Special Weight win in his second start. 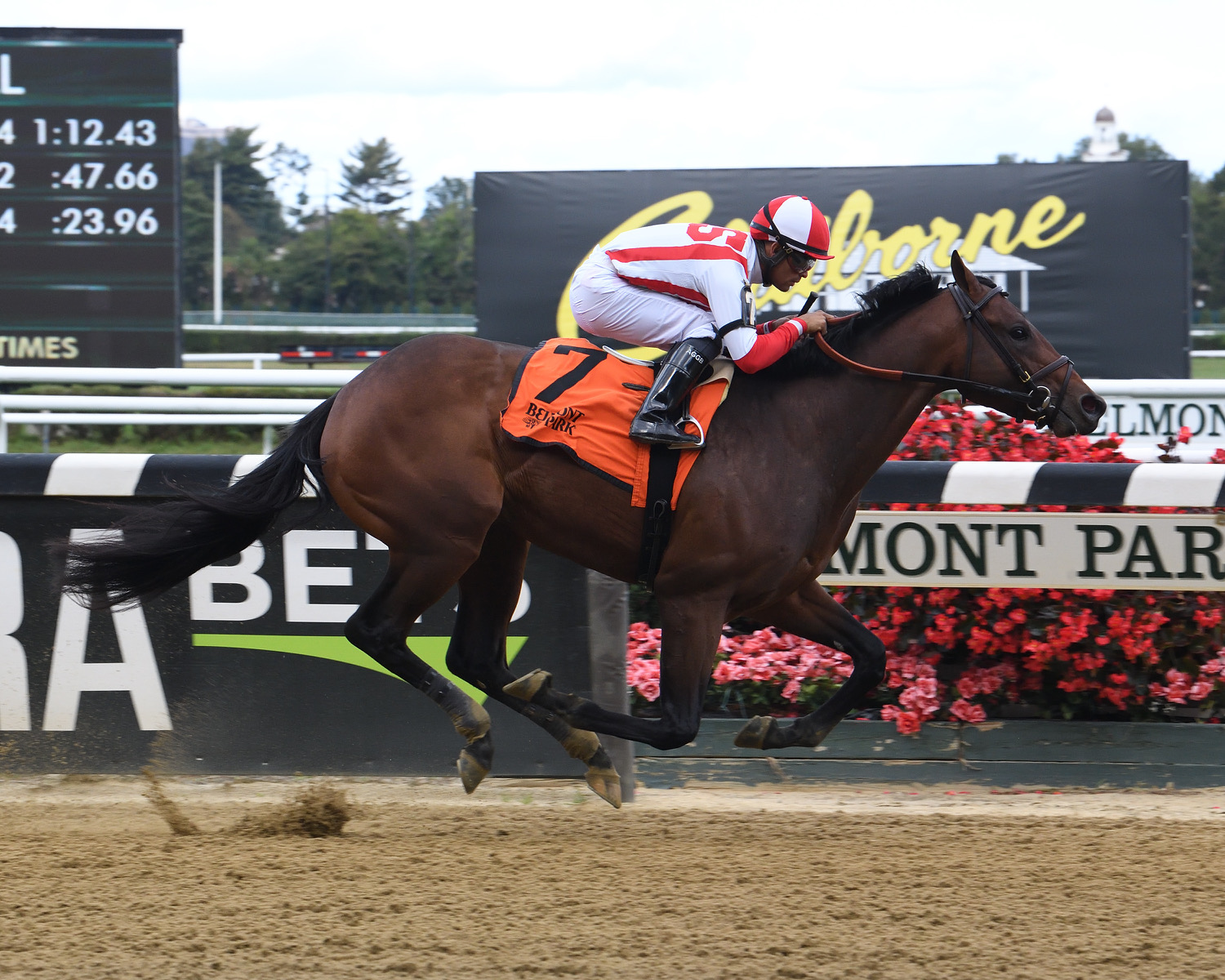 The Chad Brown trainee was racing over seven furlongs at the sweeping New York track and calmly settled into second just a length off the leader down the backstretch. Luis Saez asked his juvenile to engage the leader in the turn and Forced Ranking poured on the pressure with a move up to the leader’s throatlatch.

Showing why bettors had made him the 1-to-2 favorite, Forced Ranking put his nose in front just inside the final quarter and entered a brief duel with another rival before Saez decided it was time to put that one away.

Forced Ranking started pulling away in the final sixteenth to win by 1 ¾ lengths with the third place horse over nine lengths behind the winner.

Raced by Klaravich Stables, the $140,000 Keeneland September Yearling purchase is the sixth winner for MASTERY.

Forced Ranking is out of the stakes winning mare Market Magic, who has now produced three winners from three named foals.

That mare is a half-sister to Grade 3 winner Exfactor and stakes-placed Trump’s Magic. The family also includes Champion 2-Year-Old Good Magic and Grade 3 winner and Grade 1-placed Take The Ribbon among others.