It was a third winner in just over a week for MASTERY on Sunday when Epoch was an impressive Maiden Special Weight victor for Don’t Tell My Wife Stables and Keith Desormeaux at Santa Anita. 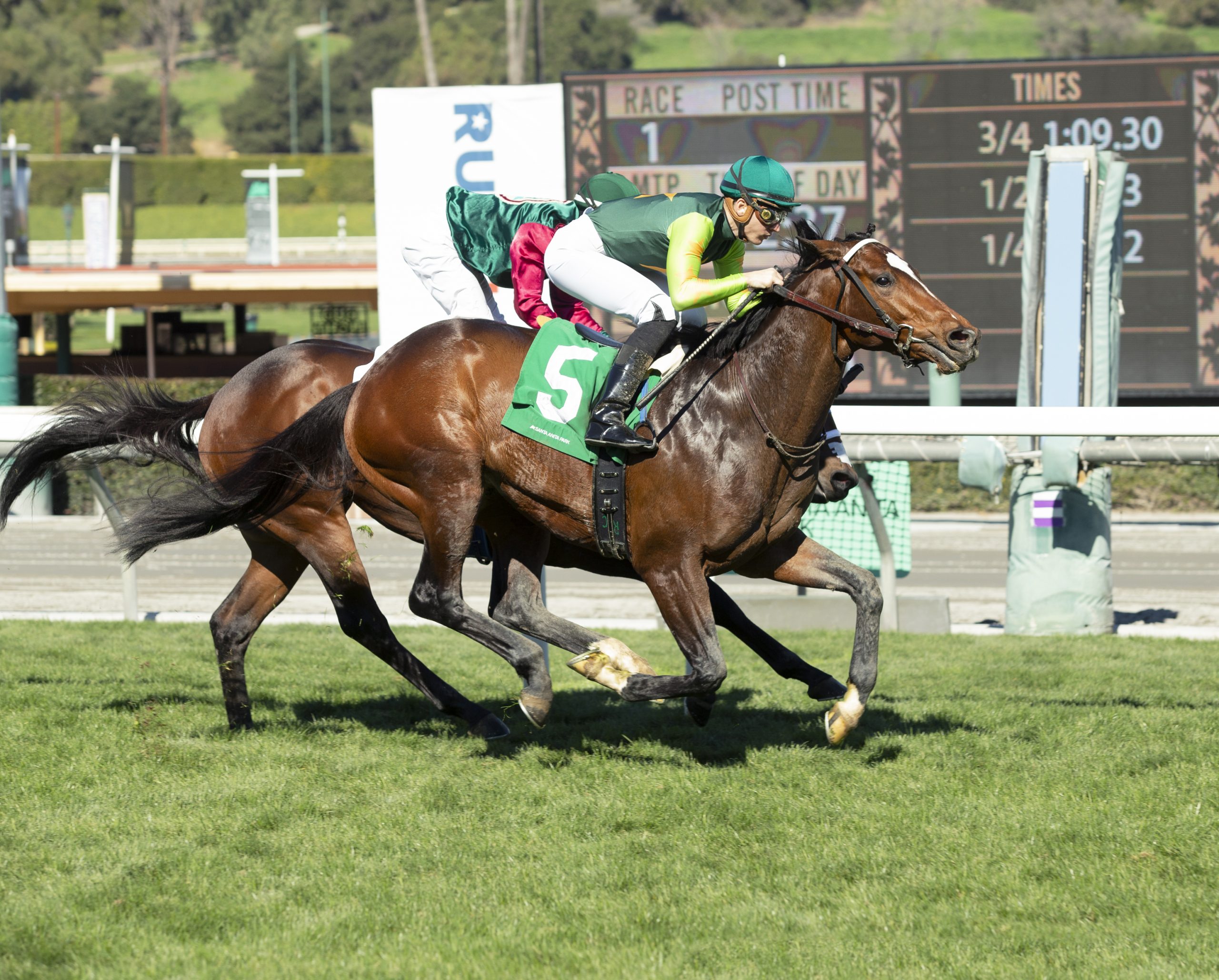 From the start of the 6 ½ furlong turf race, it was a two horse race with Epoch sitting in second a few lengths behind the pace setting Mo Gold. As they entered the final three furlongs they were well ahead of the rest of the field and pulling away with Epoch chasing the target on his rival’s back.

As they hit the final furlong 10 lengths in front of the rest of the field, Epoch was gaining and well on his way to earning his first victory. He poked his head in front in the final sixteenth then extended his margin to a neck at the end. The third place finisher was 12 ½ lengths back with everyone else over 14 lengths behind the winner.

Trained by his co-owner, Epoch is from the famed Stone Farm breeding program out of the stakes winning Extravaganza. One of six winners for her own dam, Extravaganza is a granddaughter of the Grade 1 winning Buy The Firm.

Stone Farm sent the mare back to MASTERY the year Epoch was born with the resulting colt named Exposition.  After a year off, Extravaganza came back to Claiborne to be bred to FIRST SAMURAI in 2022.

MASTERY’s four 2022 winners is nineth best of the second crop sires, tied with horses such as Practical Joke and Unified.