War Front’s 3-year-old son War of Will remained undefeated on the dirt as he romped to victory in the G2 Risen Star Stakes at Fair Grounds Race Course & Slots Feb. 16, earning enough points to start in the G1 Kentucky Derby. 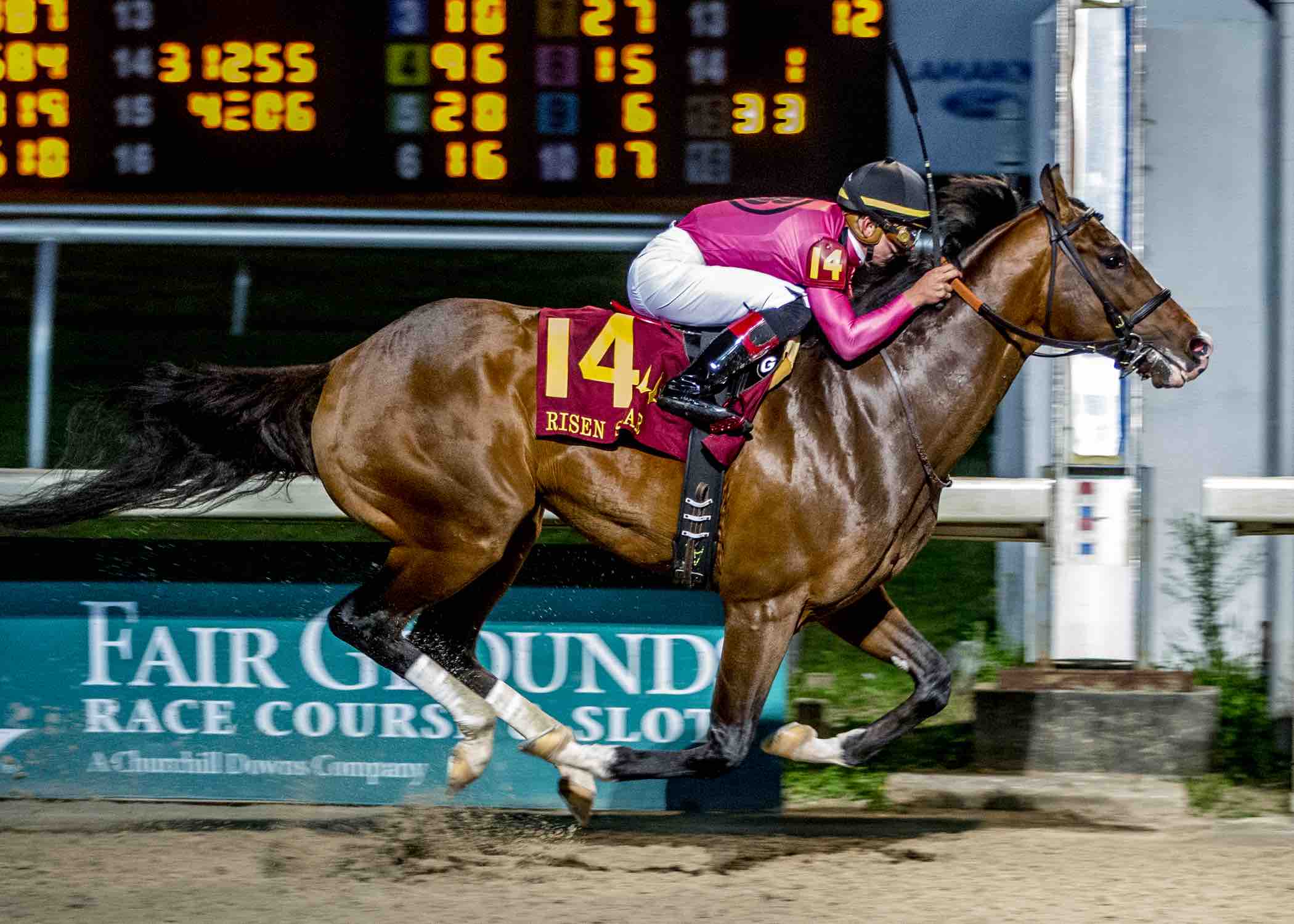 Trained by Mark Casse for Gary Barber, War of Will established command just inside the three-eights pole under jockey Tyler Gaffalione and edged clear at the quarter pole. The colt prevailed by 2 ½ lengths and completed the 1 1/16-mile race in a final time of 1:44.59.

“Mark and his team have done a great job,” Gaffalione said. “They’ve had a ton of confidence in this horse the whole way. It’s just an honor to be able to ride the horse. He’s just so professional, trains great and he’s a pleasure to be around.”

The Risen Star Stakes victory gave War of Will 50 qualifying points on Churchill Downs’ Road To The Kentucky Derby. He is now atop the Leaderboard with 60 total points.

Casse stated that the G2 Louisiana Derby on March 23 would likely be War of Will’s next target.

“For a big horse, he has tremendous speed,” Casse said. “As long as he’s happy and healthy that’s where we’ll go and then we’ll talk about it from there,” Casse said. “I think (Fair Grounds) is a wonderful place to get a horse ready for the classics.”

Now unbeaten in three starts over the main track, War of Will has earned a total of $491,569 having collected $260,000 from winning the Risen Star.

Purchased by Casse’s brother Justin from the Arqana Two-Year-Olds In Training Breeze Up Sale in France last May for $298,550, War of Will is out of the Sadler’s Wells Visions of Clarity, who is a half-sister to 1997 G1 Breeders’ Cup Mile winner Spinning World.

War Front, a top international sire, has sired eight champions and 10 millionaires. The #1 sire by percentage of lifetime graded stakes winners, he stands for $250,000 at Claiborne.