IRONICUS’s undefeated Helium put himself squarely on the Kentucky Derby (G1) trail on Saturday with an impressive victory in the Tampa Bay Derby (G2). 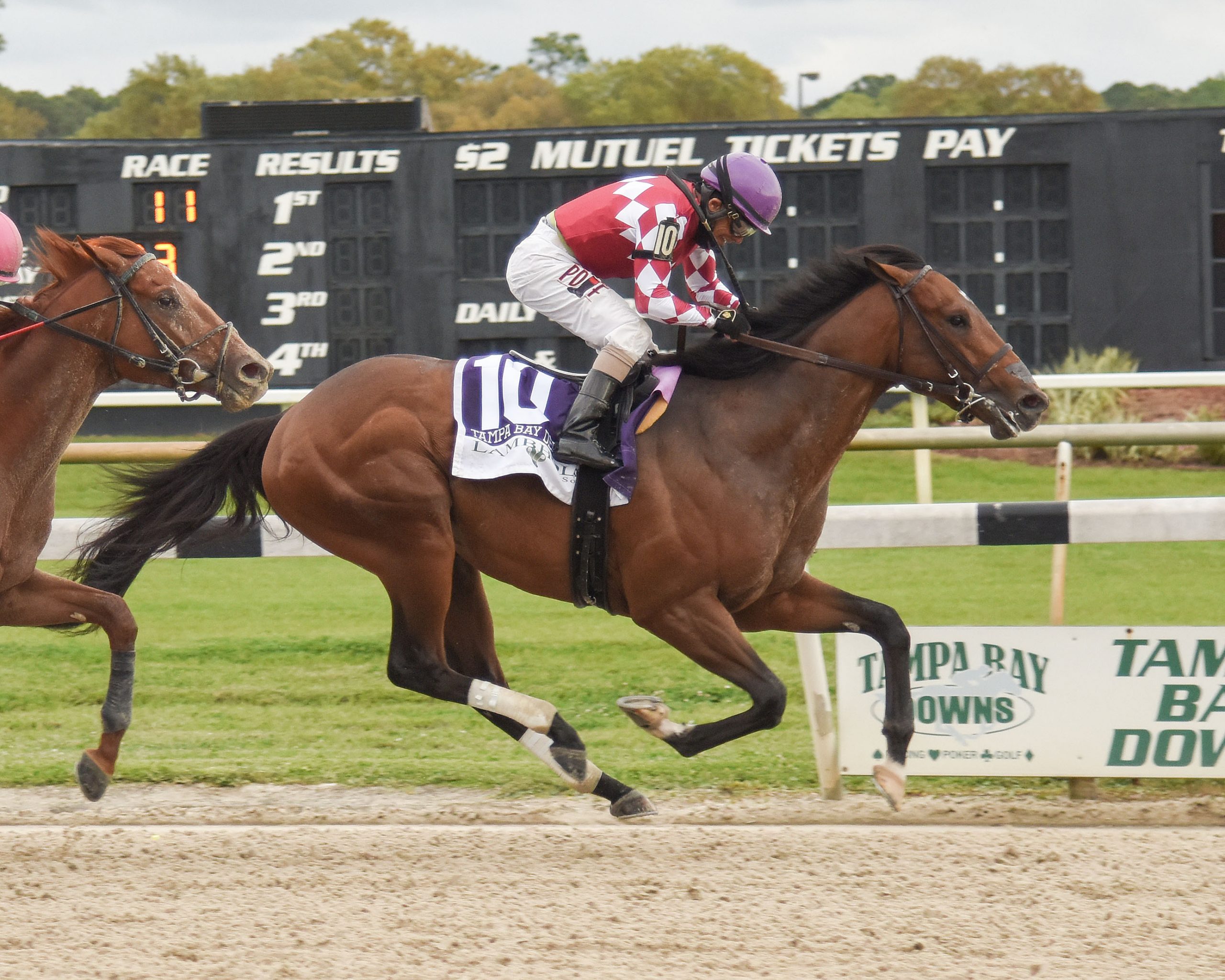 Making his 2021 debut after ending last season with a stakes victory, Helium easily made the switch from Woodbine’s All Weather surface to dirt in this race.

Widest of all around the first turn of the 1 1/16 mile event, Helium raced near the back of the pack but made big strides in the backstretch to enter the turn in the leading group. Hustled by Jose Ferrer in the far turn, Helium circled the field to enter the stretch in front.

Helium was joined by Hidden Stash for the run to the wire and found an extra gear to pull away after a brief duel. Helium crossed the wire three-quarters of a length in front with the rest of the field over four lengths behind.

“On the backside, I had all kind of horse under me,” Ferrer said. “When I set him down at the 3/8 pole, I could see I had a chance. I just had so much horse and he flew down the lane. Then I think he got out there by himself and kind of got bored and he thought, game over. But I still had plenty of horse and he re-broke again.”

Owned by D. J. Stable, the Mark Casse-trained Helium was bred by Teneri Farm and Bernando Alvarez Calderon in Kentucky.

The colt is out of Grade 3 winner and Grade 1-placed Thundering Emilia, who is also the dam of Grade 1 winner Emilia’s Moon and Grade 3 placed Mighty Scarlett from four foals with all four winners. Thundering Emilia is also a half-sister to the dams of stakes winner Warrior Heart and Peruvian champion Valiant Emilia.

Helium is one of 12 of the 19 runners from IRONICUS’s first crop finish in the top three with four winners.