Hotshot Anna won her fourth consecutive race in dramatic fashion when she took the $400,000 Presque Isle Downs Masters Stakes (G2). The 4-year-old Trappe Shot filly completed the 6 ½ furlong contest in 1:14.73, which was just shy of the track record of 1:14.68. 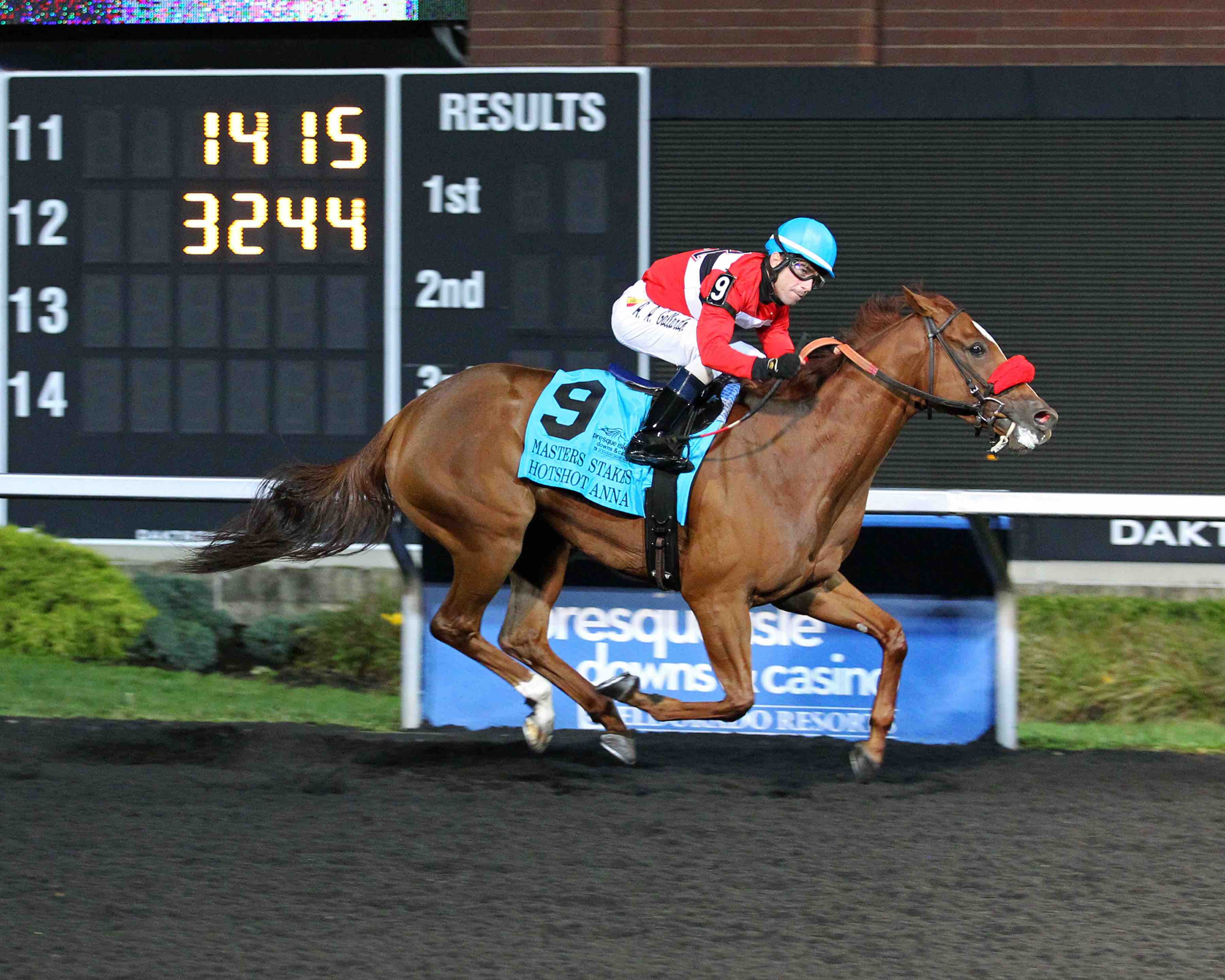 With jockey Antonio Gallardo aboard, Hotshot Anna was content to sit behind the early leaders, waited for an opening around the turn, and then shot through in the upper stretch to draw clear by 4 ¼ lengths. She is owned and trained by Hugh Robertson.

“She had no place to go but where she went,” Robertson. “When she got a chance, she went through it. I didn’t think there was anybody that was going to beat her when she got through.”

Hotshot Anna came into the Grade 2 race off victories in the Satin and Lace Stakes and the Chicago Handicap (G3), giving her rider confidence.

“Last time, she won so easy,” Gallardo said. “She won at seven furlongs before. I knew 6 ½ furlongs would be good for her.”

Robertson bought Hotshot Anna at the 2015 Keeneland September yearling sale, and she has now earned $523,640. The chestnut filly is out of the stakes-placed Holy Bull mare Avalos.

Trappe Shot, a graded stakes-winning son of Tapit, is the sire of six stakes horses this year. He stands at Claiborne Farm.