Hotshot Anna lived up to her name, as she set a new track record while winning the Chicago Handicap (G3) at Arlington Park. The 4-year-old Trappe Shot filly drew off to take the seven-furlong contest by 5 ¾ lengths in a record time of 1:20.93. 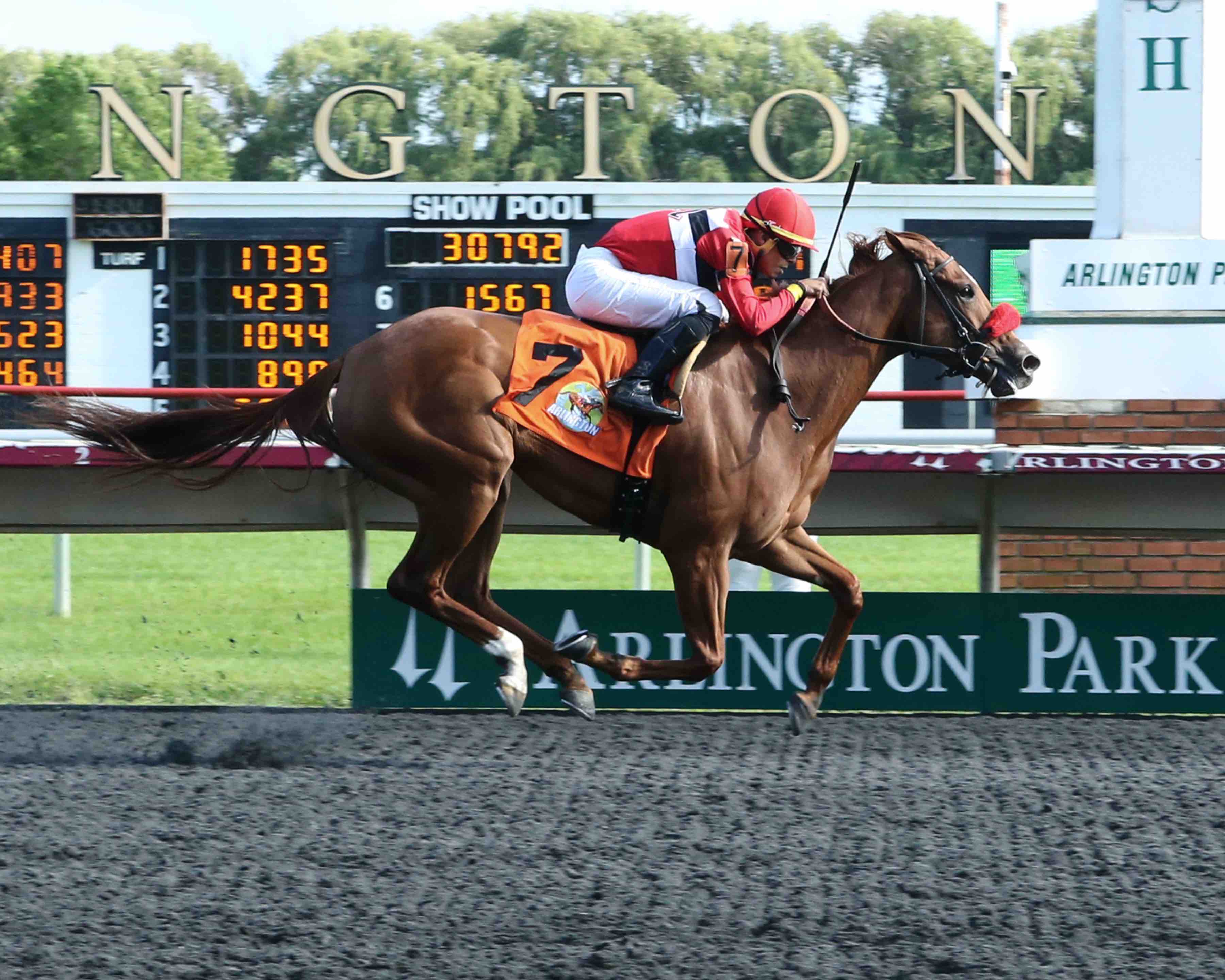 Hugh Robertson both owns and trains Hotshot Anna, and her victory was a special one for him.

“She trained very well on the Polytrack,” said Robertson. “I thought she would run well, but I didn’t think she’d run quite that well. We named this filly after my oldest granddaughter. She’s really fast, too.”

It was also a memorable moment for jockey Harry Hernandez, who notched the first graded stakes victory of his career while riding Hotshot Anna for the first time.

“I’m so proud right now,” said Hernandez. “Wow, she’s just a great filly. I just want to thank Hugh for giving me the opportunity, especially having confidence in me since I just got here (to Arlington this season). I wanted to be close because I thought it was a better idea and it’s what Hugh told me to do, so I’ve got to go with the instructions.”

Hotshot Anna’s first stakes victory came in last year’s Northbound Pride Oaks, and the Chicago Handicap is her first graded stakes score. Robertson bought the filly for $20,000 at the 2015 Keeneland September yearling sale, and to date she has earned $223,640.

Trappe Shot, a graded stakes-winning son of Tapit, stands for $7,500 at Claiborne.