RUNHAPPY saw multiple Grade 1-placed son Following Sea add a stakes victory to his record on Saturday when he took home the Vosburgh Stakes (G2) against his elders. 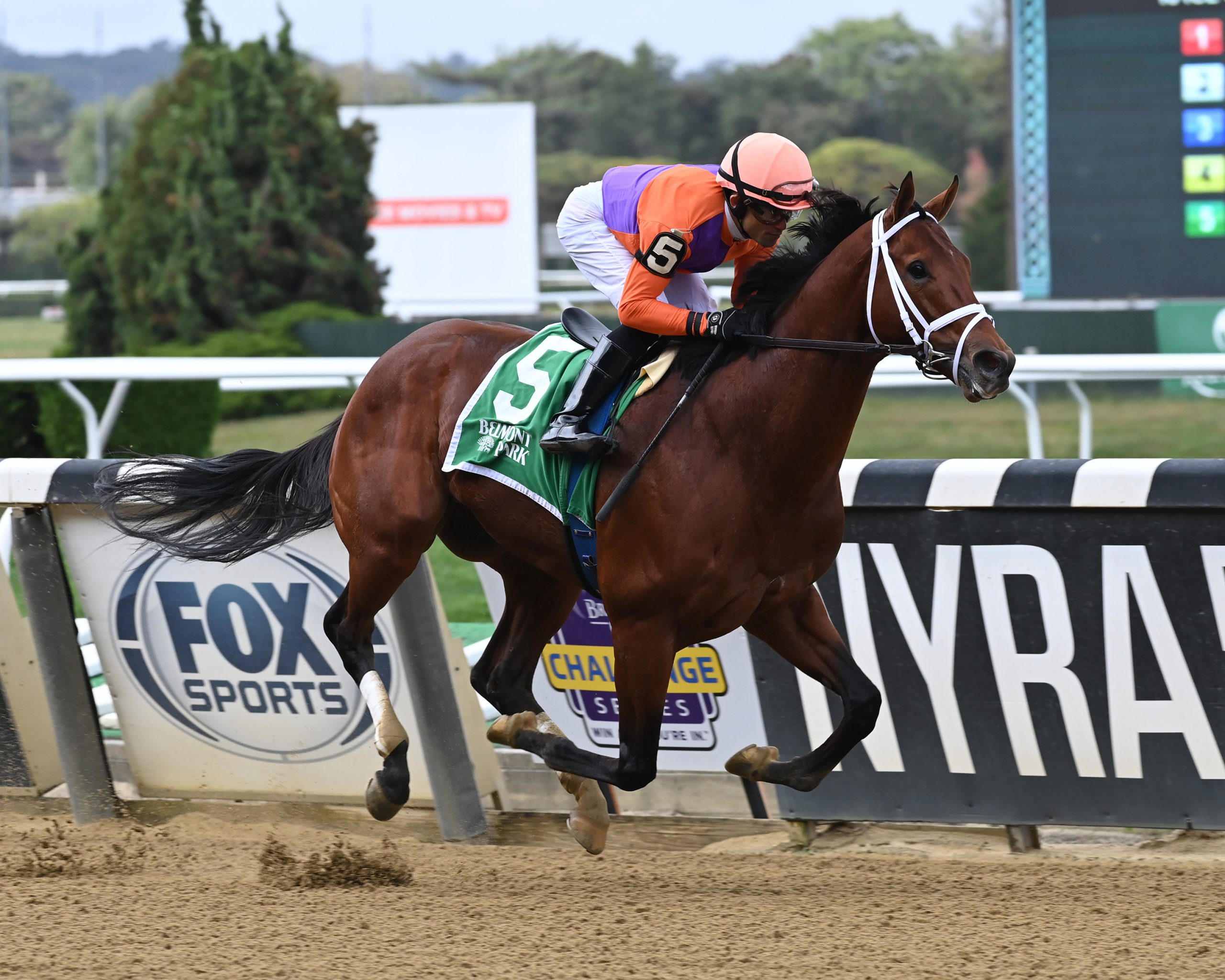 Following Sea has already shown the versatility to cover both sprint and routing distances with a second in the TVG.com Haskell Stakes (G1) and a third in the H. Allen Jerkens Memorial Stakes (G1). Trainer Todd Pletcher decided to keep him at the sprint distance for Saturday’s race with the Vosburgh run over six furlongs.

The Spendthrift Farm homebred shot out to the front to take command with Grade 1 winner Firenze Fire hot on his trail. Joel Rosario pushed “go” on Following Sea around the turn and the colt showed speed reminiscent of RUNHAPPY when accelerating away from the field. Rosario gave him a hand ride to the wire with the 3-year-old 4 ¾ lengths the best.

“We left the paddock with the idea that we won’t take anything away that comes easily,” said Pletcher. “If he breaks well, that’s great. If he gets in a speed duel, that’s okay, too. So, I said to use judgement and it looked like [Rosario] made a decision pretty easily. When he made the lead that easily I was pretty confident. He looked like he kicked on pretty well and Joel wrapped up on him pretty late.”

The victory gave Following Sea a ‘Win and You’re In’ spot in the Breeders’ Cup Sprint (G1), the same race his sire won in 2015.  Pletcher said it is a possibility Following Sea will be seen at Del Mar on November 6.

“We’ll play it by ear and see. I’ll talk to the guys at Spendthrift and we’ll come up with a plan. It’s got to be in play.”

The sire of 41 winners in 2021, RUNHAPPY’s five stakes winners this year is the second best of any second crop sire and his nine stakes performers also puts him near the top of the table.