The RUNHAPPYs were in command at Oaklawn Park on Saturday, finishing well clear of the rest of the field when Following Sea led home Happymac over six furlongs to earn Thoroughbred Daily News Rising Star status. 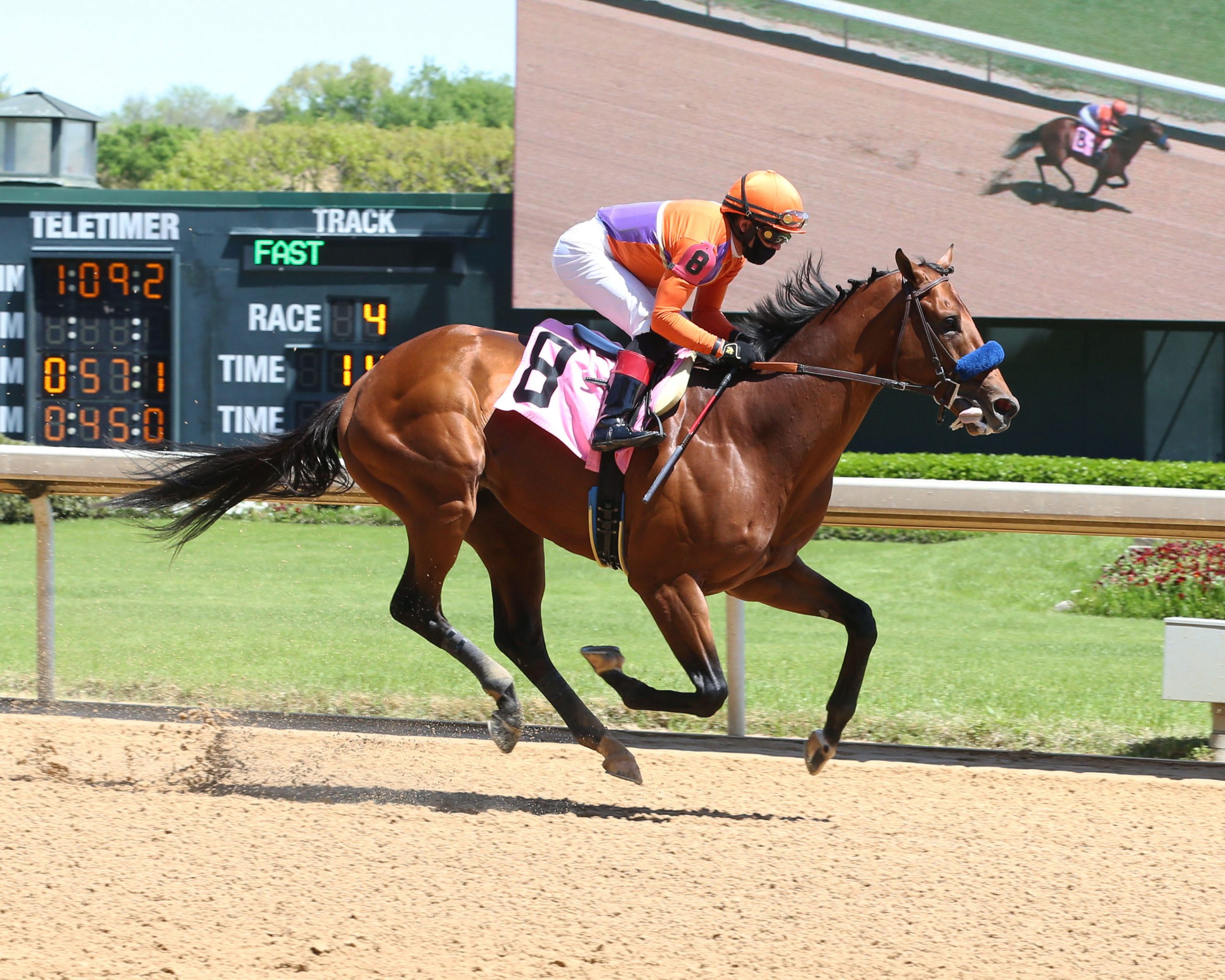 A Spendthrift Farm homebred trained by Bob Baffert, Following Sea went off as the heavy favorite and showed exactly why the bettors liked him from the second the field broke from the gate. Happymac tried to challenge the leader early on but settled for racing in second with the rest of the field at least 2 ½ lengths behind that horse at every call.

Joel Rosario didn’t have to do much work on Following Sea, with the quick colt pulling away at every pole to win by an eased down 5 ¾ lengths. Happymac looked like he was in his own race as well with the third placed horse four lengths behind him to give RUNHAPPY an easy exacta for his 13th winner of the year.

Following Sea is a half-brother to ORB’s stake-placed Inspeightof with the pair out of the stakes winning Quick Flip. That mare is one of three stakes winners out of Motel Lass. Their family also includes Grade 1 winner Mitterand, Grade 2 winner and successful sire French Deputy, and Grade 3 winner and multiple Grade 1-placed Collect Call, who is the dam of Grade 2 winner Old Fashioned.

The exacta continues a top seven days for RUNHAPPY, who saw Joyful Cadence finish second in the Purple Martin Stakes and Drivehappy third in the Bayou City Stakes last Saturday to give him four stakes horses on the year – the second most of any second-crop sire.

RUNHAPPY followed that up on Monday with Runfast winning a Maiden Special Weight by 1 1/14 lengths at Delta Downs for his 12th winner of the year.