In just his second start, Fog of War remained undefeated and became a Grade 1 winner by taking the Summer Stakes (G1) at Woodbine Racetrack. The 2-year-old War Front colt bested War of Will, another War Front colt, by three-quarters of a length. 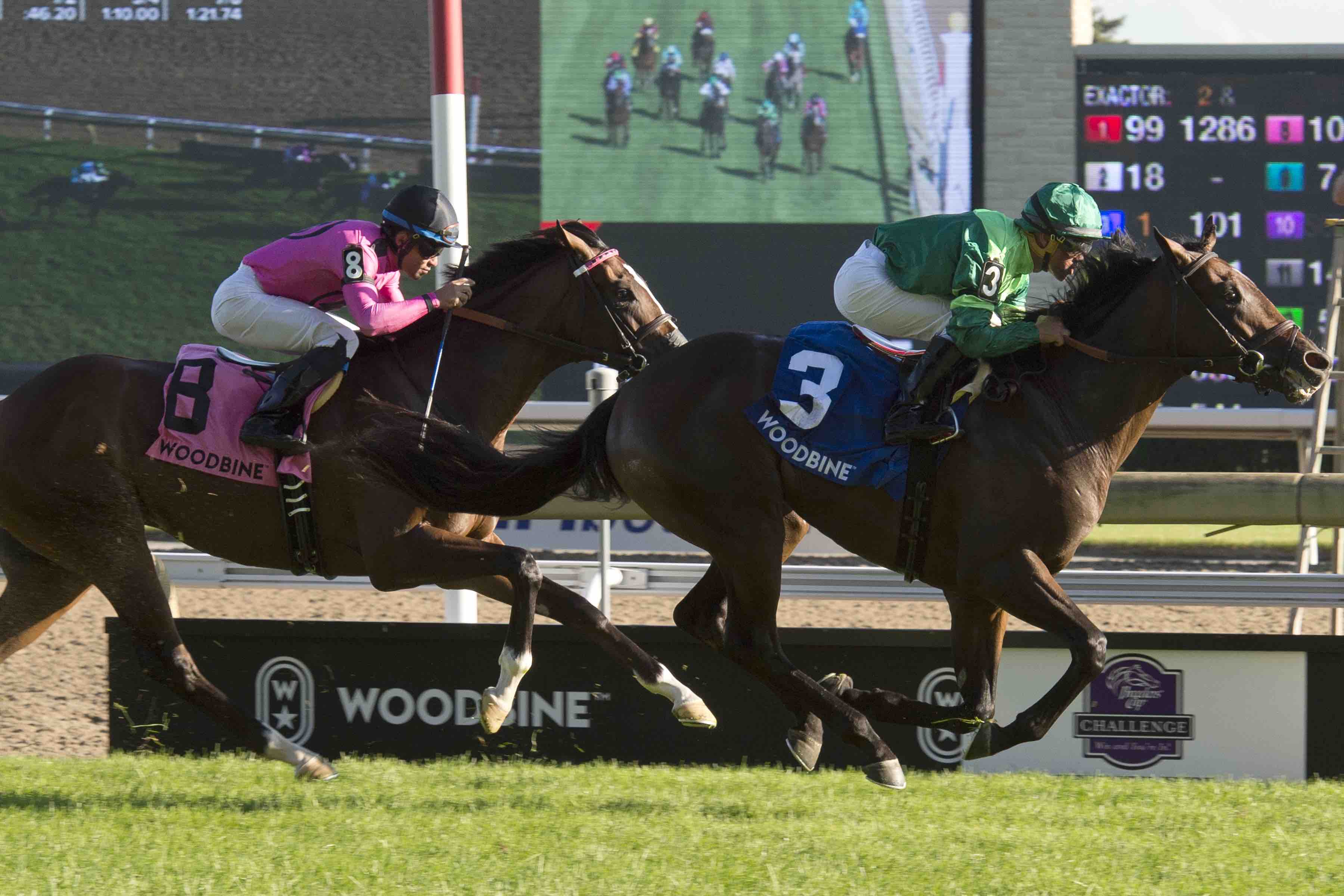 Sent off as the betting favorite, Fog of War was ridden to victory by jockey Javier Castellano and won under a hand ride. The duo stalked the pace from the rail, chased into the stretch, and then rallied and swept past War of Will to the lead in the late stages of the mile contest.

“I put him behind the horses, covered up, and let him see the target all the way in the race,” said Castellano. “I liked the way he split horses at the quarter pole. He’s really a smart horse. When I asked him, he finished really well. These are the kind of horses you want to ride. These kinds of horses have lot of potential. I like the way he did it. He’s a very talented horse, and I think the key was I tried to teach him something for the future, for the next race.”

Fog of War is trained by Chad Brown for owner Peter Brant, who bought the bay colt in the name of his White Birch Farm for $400,000 at the 2017 Keeneland September yearling sale.

“Chad Brown and I looked at this horse, and we just liked the way he was made,” Brant said. “He was a choice of ours, and he’s really come through. He’s a wonderful horse. Chad and his whole team have done a great job with this horse. You always hope, and this is a game of great hopes, and that’s what keeps us all in.”

Fog of War is out of the Group 3-winning Galileo mare Say, who in turn is out of the multiple Grade 1-winning Dynaformer mare Riskaverse.

Earlier in the week, War Front made headlines during this year’s edition of the Keeneland September sale, as the top five offerings by the internationally acclaimed sire went for $2.4 million, $1.75 million, $1.2 million, $1.2 million, and $1.1 million. Overall, War Front led all other stallions in Book 1, finishing as the leading sire by both average and median. His $2.4 million colt, who was bought by M.V. Magnier, was the most expensive yearling sold anywhere in the world this year.

War Front is the leading sire in North America this year by percentage of stakes winners, graded stakes horses and stakes horses from starters. In 2018, he has also sired fellow Grade/Group 1 winners U S Navy Flag and Lancaster Bomber. He stands at Claiborne.