West Coast was crowned the 2017 champion 3-year-old male during the Eclipse Awards. The always progressive Flatter colt continued to improve throughout the season and impressed voters with his easy victories in the Travers Stakes (G1) and Pennsylvania Derby (G1), among others. 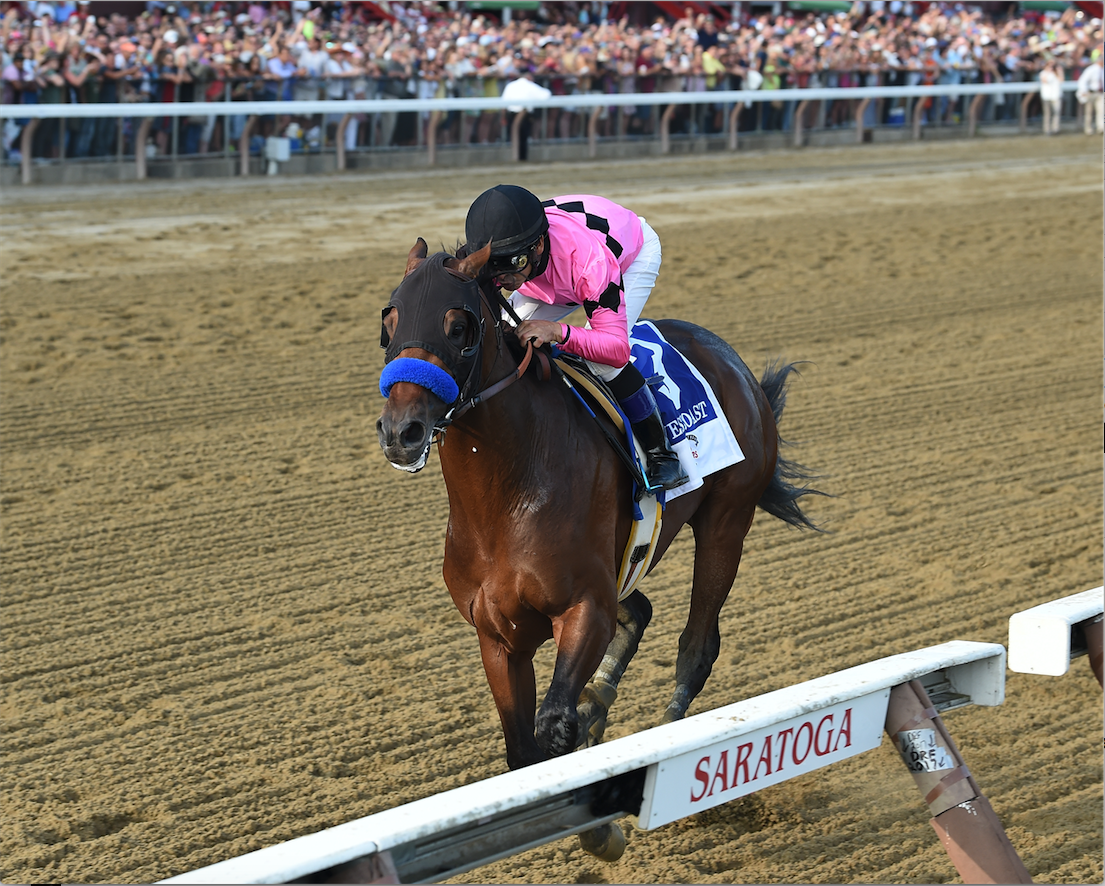 Patience was key with West Coast, who missed the Triple Crown but shone brightest of all as the year went on. West Coast made his racing debut in February of his 3-year-old season, and he broke his maiden at second asking in March.

From there, he went straight into graded stakes company, where he finished second in the Lexington Stakes (G3).  His first stakes score came on Belmont Day, when he won the Easy Goer Stakes by 3 ¾ lengths.

Next, he notched the Los Alamitos Derby (G3) by 2 ¾ lengths before getting his first Grade 1 in the Travers, which he won by 3 ¼ lengths. That day, he defeated the winners of the Kentucky Derby, Preakness Stakes, and Belmont Stakes. He then immediately followed that up with his Pennsylvania Derby romp, where he crossed the wire 7 ¼ lengths in front of his competition.

West Coast rounded out his 3-year-old season with a good third in the Breeders’ Cup Classic (G1), which was the best performance of any colt in his crop. He ran nine times in 2017, with a tally of 9: 6-2-1.

Two days after receiving his championship title, West Coast kicked off his 4-year-old campaign in the Pegasus World Cup Invitational Stakes (G1), where he finished a game second behind the recently crowned Horse of the Year Gun Runner. The third-place finisher was 10 ¾ lengths behind.

Out of the champion racemare Caressing, West Coast is the first champion for his owners, Gary and Mary West. The Wests purchased West Coast for $425,000 at the 2015 Keeneland September yearling sale. He is trained by Bob Baffert.

In addition to West Coast, Flatter was represented by 14 other stakes horses in 2017 including additional graded stakes winners Favorable Outcome and Flatlined. He stands at Claiborne for a fee of $40,000.